Opening in 1852 as the Presbyterian College for Women, Mitchell Community College has remained opened for over 150 years. The college is still in operation today serving the men and women of Iredell. Changing its name to Mitchell in 1917 in Honor of two of the schools leaders opened new avenues for the schools programs and the future of the schools expansion. The school has served the city of Statesville as a symbol of change as the school revamps its programs and continues to grow. 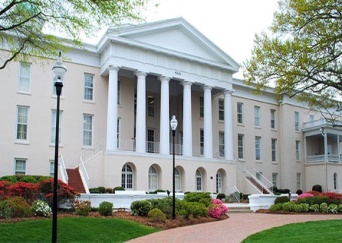 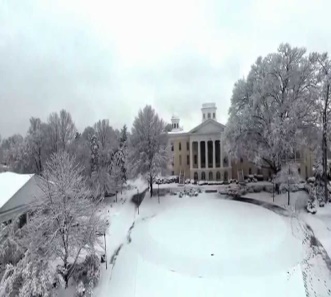 In 1852 members of the Concord Presbyterian Female College opened the doors to their new school for higher education. This education center was restricted to the women of Iredell and the surrounding counties.

The Presbyterian school was in operation for almost thirty years but with the economic hardship following the Civil War the Presbytery sold the school to a local businessman by the name of R. F. Simonton, who changed the name to Simonton Female College in 1872. The school operated just as the Presbyterian school and allowed women to focus on the fine arts and music. In 1875, the daughters of Elisha Mitchell for whom Mount Mitchell was named, were hired to conduct the college. Due the sisters hard work, the school became a well-known institution in the region. In 1904, the Presbyterian Church had regained their control of the school. They operated the school with the Mitchell sisters conducting the college. In 1917 the board of trustees for the school decided to rename the school in their honor.

Only seven years after the school changed its name to Mitchell changed it to a two year technical school but was still only for women. With the continuous changes happening on the college campus every few years and the great depression setting in the men of the community felt that their chances of higher education were slipping away. The college realized the increase that they could gain by accepting the men and opened the college to them in 1932. The college continued until 1959 when the Presbyterian Church relinquished its power over the school again. After this the school became an independent community college, operated solely by the Mitchell Foundation and was fully recognized by the state.

In 1979, the Mitchell Foundation relinquished its power and became the 57th member institution of the North Carolina Community College System. Since then the college has never secede to grow and expand. The men and women of the region recognize the school “as the place to earn an associate degree, diploma, or certificate. It's also the place to find a range of short-term career training options.”