The Hubert Humphrey Memorial consists of a seven-foot tall bronze-likeness of Hubert H. Humphrey, as well as engraved markers. The memorial is meant to honor the life and legacy of Vice President Hubert H. Humphrey. The statue and markers are located on the State Capitol grounds in St. Paul Minnesota and are adorned with quotes from some of Humphrey’s more famous speeches.

Dignitaries at the unveiling of the Hubert Humphrey Memorial Statue 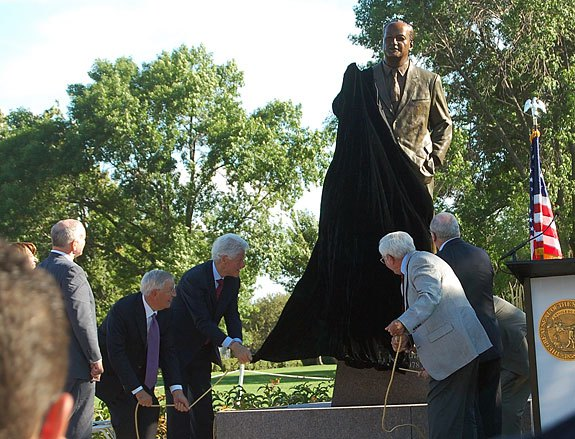 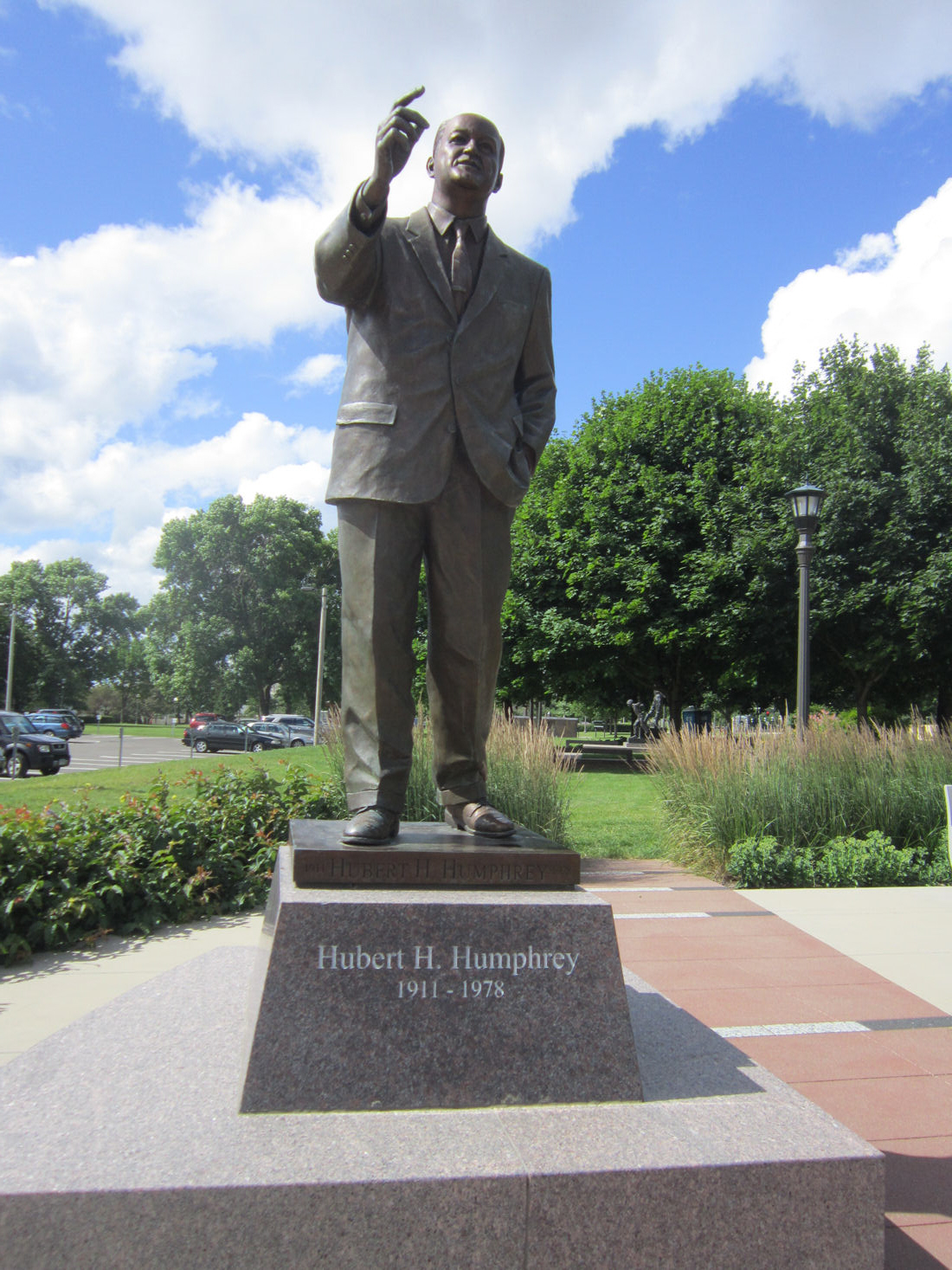 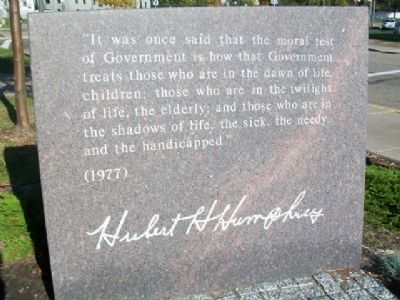 Education Of A Public Man: My Life and Politics-Click the link below to learn more about this auto-biography. 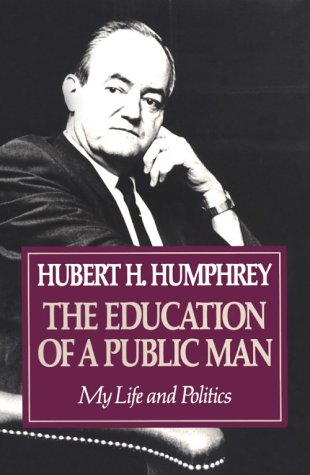 During his tenure as senator, Humphrey was the lead author of the Civil Rights Act of 1964. He also introduced the first initiative to create the Peace Corps, sponsored the clause of the McCarran Act to threaten concentration camps for subversives, proposed making Communist Party membership a felony and chaired the Select Committee on Disarmament.

For the last half of the 20th century, America was consumed by two struggles: the civil rights movement and the cold war. For 30 years Hubert Humphrey stood at the center of both. And while he never reached his dream of being president-and, in fact, is most remembered for his 1968 loss to Richard Nixon-Humphrey left behind a legacy few presidents can match. As a soldier of the New Deal and the Great Society he amassed one of the most prolific legislative records in Senate history sponsoring hundreds of bills-from Medicare to the Peace Corps to the Nuclear Test Ban Treaty. But Humphrey's most enduring achievements were in the areas of civil and human rights. Propelled to party prominence during the 1948 Democratic National Convention the 37-year-old mayor of Minneapolis delivered a historic speech directly challenging the racist leadership of the U.S. Senate. Almost two decades later Humphrey's extensive network of church and civil rights leaders helped him to break the longest filibuster in Senate history resulting in the passage of the Civil Rights Act of 1964. In November of 1977 for the first time in U.S. history, Congress held a special session to honor a single senator. In the words of journalist Bill Moyers "while we may not remember Hubert Humphrey's name [his] fingerprints are all over the America of today."

The statue was sculpted by the Chicago-based husband and wife team of Anna Koh-Varilla and Jeffrey Varilla. The memorial, in total, held a price tag of $678,000. $243,000 were privately raised funds.