The Gerald R. Ford Presidential Library is the official repository for all documents relating to Ford and his presidency. The 38th President served from 1974-1977 following the resignation of Richard Nixon; Ford led the United States out of the turmoil caused by the Watergate scandal and the end of the Vietnam War. His library was established in 1981 as part of the Gerald R. Ford Presidential Library & Museum; although it is one institution, the Museum is located in Grand Rapids, while the Library is in Ann Arbor on the north campus of the University of Michigan. The Library contains millions of papers, video and audio recordings from the life of Gerald Ford and the politics surrounding him.

The Gerald R. Ford Presidential Library opened in 1981 on the north campus of the University of Michigan. Image obtained from Tumblr. 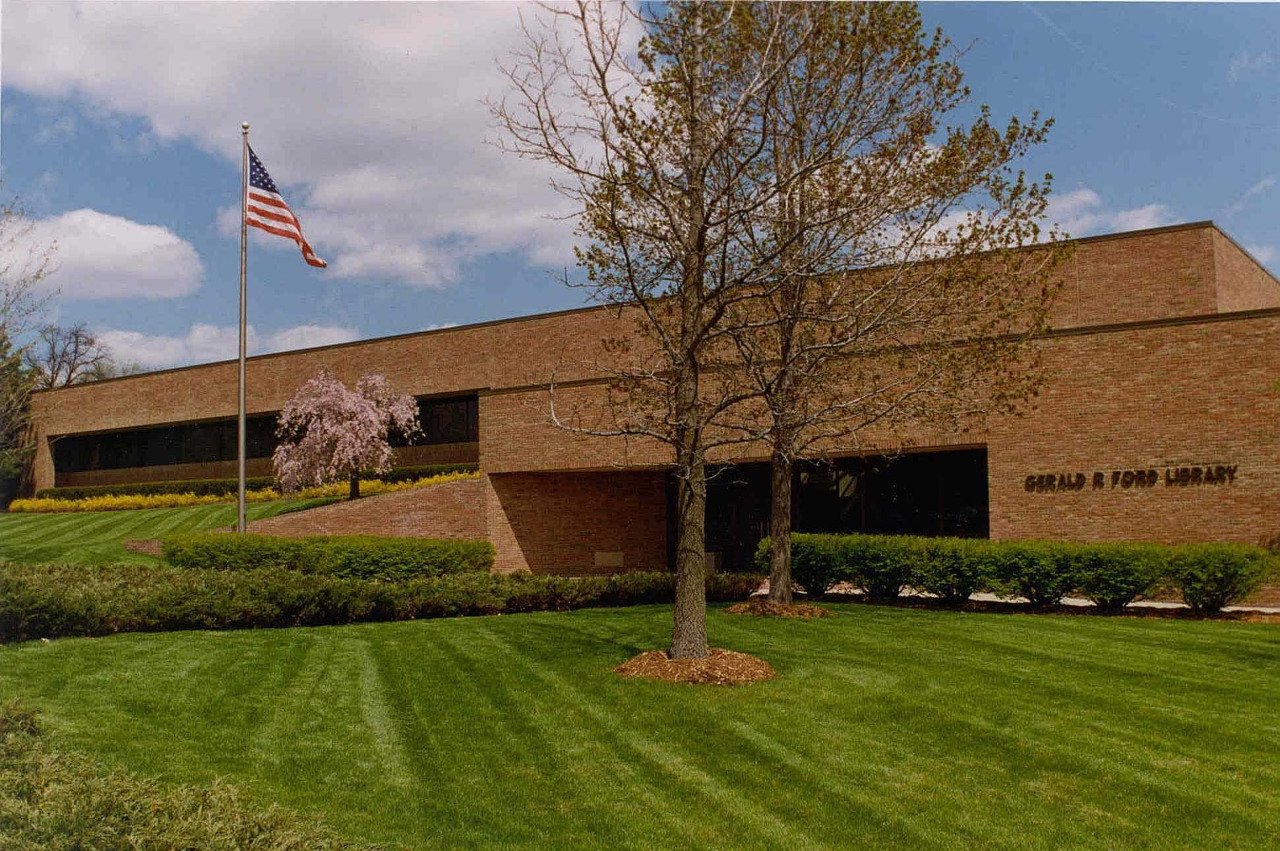 Serving as the 38th President from 1974-1977, Gerald R. Ford Jr. (1913-2006) was a moderate politician whose presidency was largely overshadowed by Richard Nixon's Watergate scandal. Image obtained from Wikimedia. 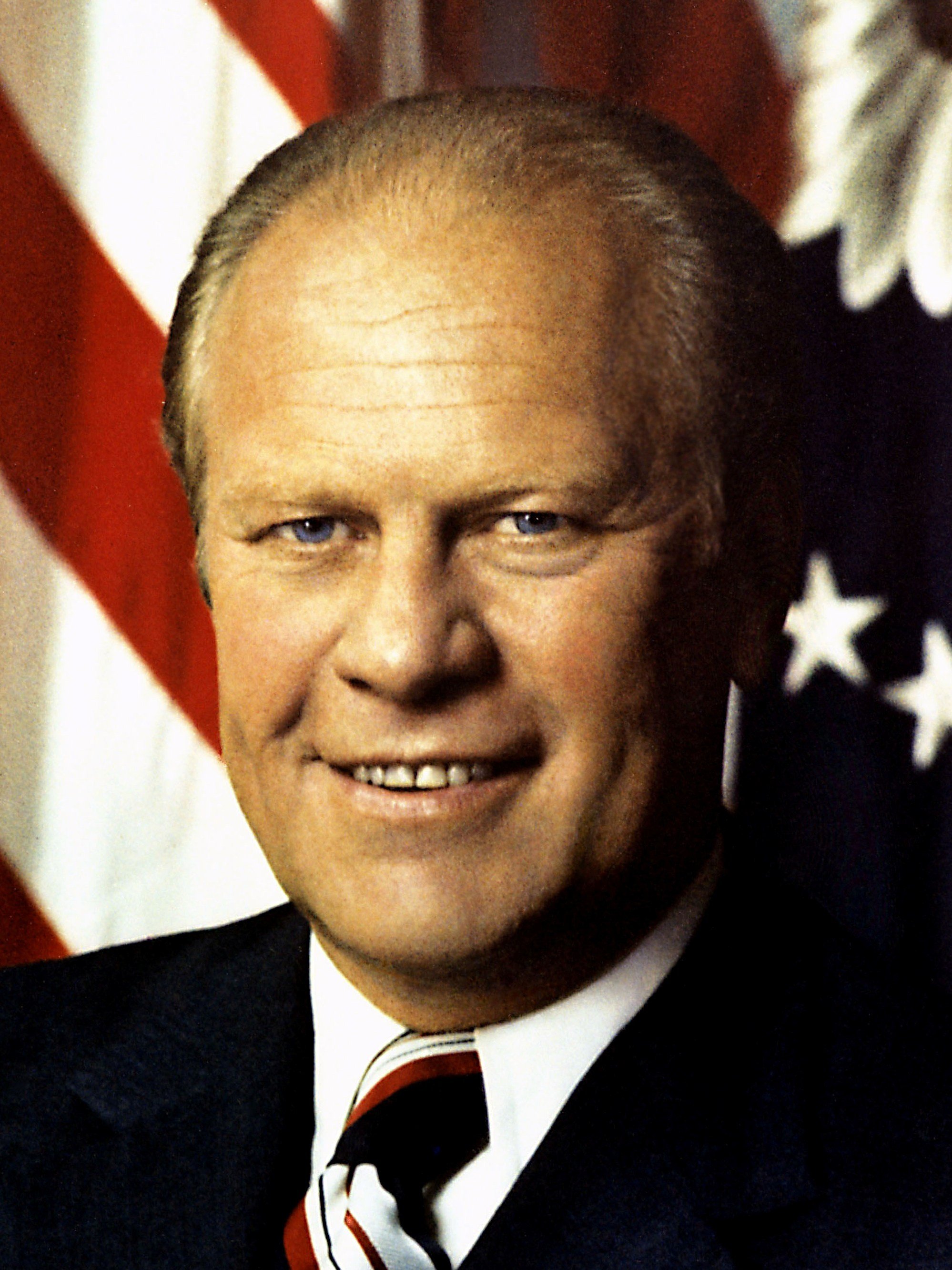 The Library contains over 25 million documents and other materials from the life of Ford and his presidential administration. Image obtained from the Valdosta Daily Times. 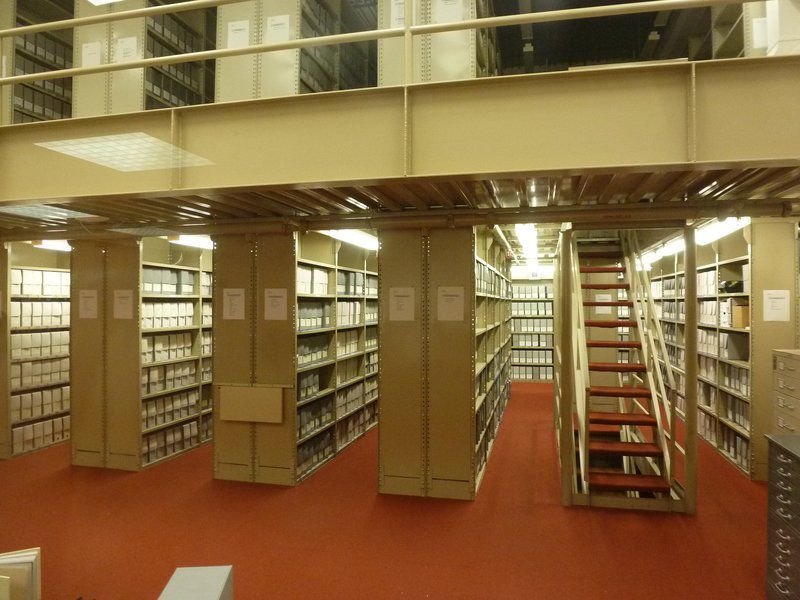 Gerald Rudolph Ford Jr. was born on July 14, 1913, in Omaha, Nebraska. He grew up in Grand Rapids, Michigan and in 1931 began attending the University of Michigan in Ann Arbor. He became a celebrated football player on the college team but turned down offers to play professionally in order to pursue law school. He joined the Navy during World War II and served on board the aircraft carrier USS Monterey in the Pacific. After the war he became a lawyer before being elected to the U.S. House of Representatives in 1948. Ford was elected to Congress twelve times and for eight years served as House Minority Leader for the Republicans. His ultimate goal was to become Speaker of the House, but in 1973 President Richard Nixon nominated him to replace Vice President Spiro Agnew, who resigned over charges of tax evasion. The growing Watergate scandal in 1973-1974 caused Nixon to resign on August 9, 1974 in order to avoid impeachment. Gerald Ford was sworn in as the 38th President on the same day.

Ford faced a number of issues upon coming into office, ranging from regaining the trust of the American people to dealing with economic problems. The most controversial action of his presidency was to issue a pardon for Nixon; Ford argued that it was necessary in order to avoid a long drawn-out trial and to focus on more important problems. As President, Ford oversaw the evacuation of Saigon and the collapse of South Vietnam in 1975; the celebration of the American Bicentennial in 1976; and the negotiation of the Helsinki Accords with the Soviet Union and Eastern European countries. He also negotiated for economic reform bills with Congress, which included measures such as tax and spending cuts, and deregulation of certain industries. In 1976 Ford lost a close election campaign against Democrat Jimmy Carter. After leaving office Ford continued to speak out on political issues and gave hundreds of lectures; he also established the American Enterprise Institute’s World Forum in 1982. Gerald Ford passed away on December 26, 2006.

In 1965 Ford, then a Congressman, began donating his papers to the Bentley Historical Library at his alma mater, the University of Michigan, in Ann Arbor. Because of this, he chose the university’s campus to be the site of his presidential library. The museum was constructed at a cost of $4.3 million and opened to the public on April 27, 1981. The Gerald R. Ford Presidential Museum was built separately in Ford’s hometown of Grand Rapids. Despite this, the two facilities are managed together as a single entity, the Gerald R. Ford Presidential Library & Museum. It is operated by the National Archives and Records Administration.

The 50,000 square foot Library currently contains over 25 million pages of documents, as well as hundreds of thousands of pictures, film, and audio recordings available to the public for research. The core collection consists of materials from the Ford Administration in 1974-1977. There are also documents from Ford’s Congressional and post-presidential careers; the documents of Betty Ford; and documents from government officials associated with Ford and his administration. The Library regularly hosts lectures concerning mostly politics and the Fords. It also has facilities available to rent for events.