Built in 1866 as an Italianate-style home, the Benninghofen House is listed on the National Register of Historic Places. It is home to the Butler County Historical Society. The original architecture details still exist and are demonstrative of the Guilded Age. Marriage records, cemetery records, city directories, deaths, divorces, personal tax books, and maps that date back all the way to 1836 can be found at the Benninghofen house.

The Benninghofen House was built between 1861-1863 for Noah McFarland. It came into the Benninghofen family's possession in 1874. The house was presented to the Butler County Historical Society by Pauline Benninghofen. 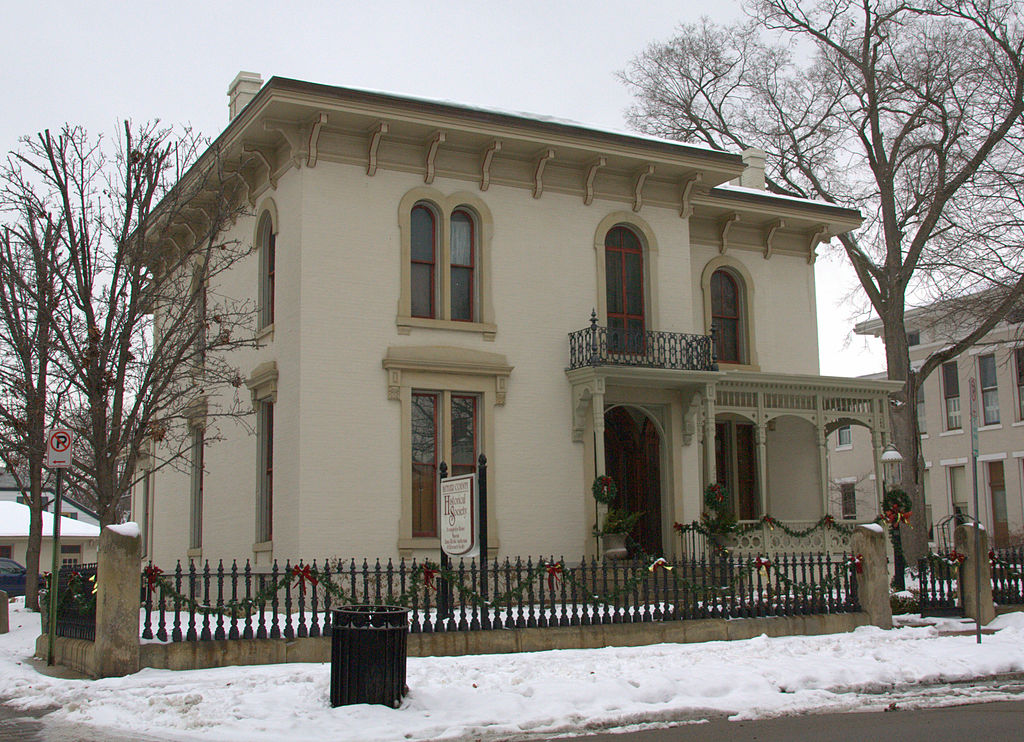 Although they were not the first to live within the home, the Benninghofen House is named after the family who resided there for almost three-fourths of a century.  The house was initially built for Noah McFarland from 1861-1863.  The home was then sold to Major John Phillips.  Phillips defaulted on his tax payments lost the home.  A Prussian immigrant named John Benninghofen bought the home in 1874 for $13,000.

Because the house remained lived in until it became a museum in 1949, most of the original architectural elements are still there.  The house and its furniture provide a display of what homes were like during the Guilded Age.  The furniture of the home dates back to the mid-nineteenth and twentieth century.  Many of these remaining pieces belonged to the Benninghofen family.

The Benninghofen House has been placed on the National Register of Historic Places.  In 1947 Pauline Benninghofen, the daughter of John Benninghofen, presented the house to the Butler County Historical Sociey.  A great amount of interior renovating and other projects to the home have been made possible through kind contributions to the 50th Anniversary Fund.