Pipestem Resort State park opened on Memorial Day in 1970, and is situated along the Bluestone River that splits Summers and Mercer County. Prior to becoming a designated state park, the Bluestone River Gorge was the home of moonshiners during Prohibition. Pipestem received its name from a local plant, spiraea alba, that was used to create tobacco pipes by early settlers and Native Americans. The park’s aerial tram opened in 1972, and carries patrons from the visitors center to the base of the gorge. There are over 10 miles of trails available at Pipestem Resort State Park, as well as various lodging and recreational options.

The view from Pipestem Knob- the highest point of the park. 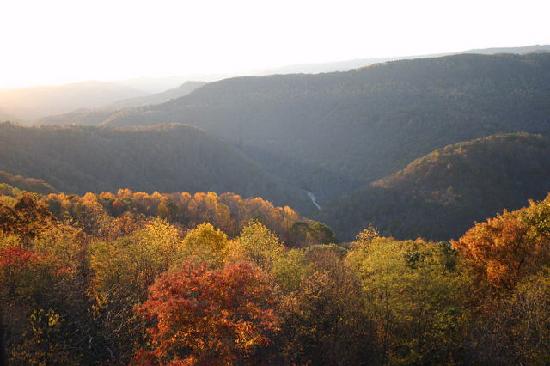 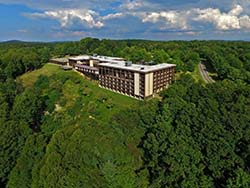 The aerial tram was installed in 1972 and transports guests from the edge of the gorge to the base of the gorge. 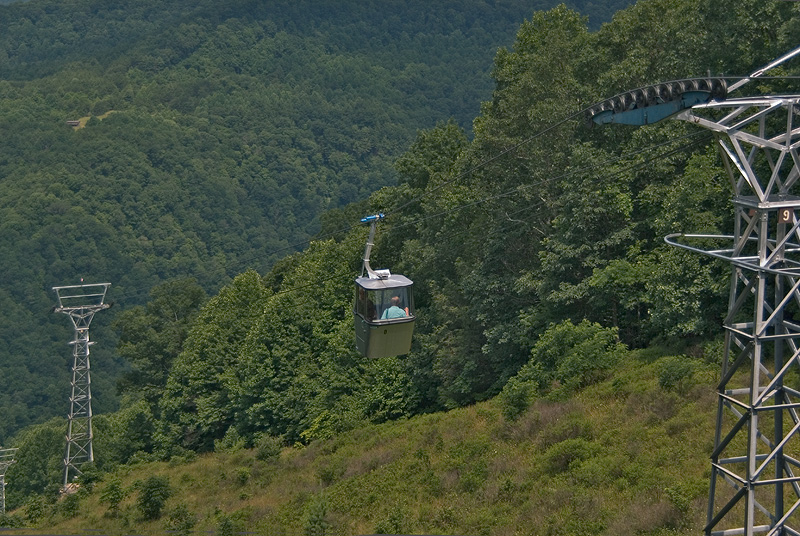 Prior to becoming a state park, Pipestem was a functioning mountain community with schools and a post office. The town of Pipestem was named after a native blue flowered shrub, spiraea alba, in which the hollowed stems of the plant were used as both peace and tobacco pipes by Native Americans and settlers.

In the early 1900s, the community of Pipestem was home to a small number of families who lived along the Bluestone River where near its juncture with the New River just above Hinton. In the 1910s, the river was black from coal dust and coal-camp sewage. After the Volstead Act that enacted national Prohibition in 1920, experienced moonshiners from former “wet” states inhabited the Lerona-Pipestem area that would later become Pipestem Resort State Park. There were many battles between the moonshiners of Bluestone Canyon and the local police force during this time.

“Those mountaineer moonshiners lived in cabins on the plateau above the gorge, or resided in the villages of Pipestem, in Summers County, or Lerona, in Mercer County. They “bootlegged” their product, which they called “Living Water,” among the thirsty coal miners of Raleigh, Wyoming, Mercer, and McDowell counties They were a well-armed, wild, and lawless breed who zealously guarded their domain against unwanted intruders.” –Howard B. Lee, Prosecuting Attorney of Mercer County during Prohibition.1

Pipestem Resort State Park consists of over 4,000 acres that was purchased from 56 landowners. The park opened on Memorial Day in 1970 after several years and $14 million in construction making it the most expensive of the various West Virginia state parks. The state park includes wading pool and indoor swimming pool, a golf course, an ice skating rink, an amphitheater, a cafeteria and coffee shop, a miniature golf course, shuffleboard, ping pong, and a large patio all located around the park’s recreation center. Other amenities at Pipestem  Resort State Park include over 10 miles of trails, horseback riding, a visitor center, and an 18-hole championship golf course designed by Geoffrey Cornish.

After enjoying the visitor center, patrons can board a tram to the bottom of the Bluestone River Gorge that drops over 1,000 feet vertically. Pipestem Knob Lookout can only be reached by foot or horseback, and offers a stunning view of the Bluestone River Gorge. The main lodge at Pipestem Resort State park is built along the edge of the gorge, while the Mountain Creek Lodge is located at the base of the gorge.