The Chesapeake and Ohio Canal National Historical Park was established in 1961 to commemorate the canal that stretches from Washington D.C. to Cumberland, Maryland in the Potomac River Valley. It was built between 1828-1850 and is 184.5 miles long, originally intending to reach Pittsburgh. Its main purpose was to transport coal from the Allegheny Mountains to Washington D.C. By the mid 1870s, railroads became a cheaper mode of transport and that started the decline of the canal, although its use continued until 1924 when floods caused damage too costly to repair. Lock 69 can be seen along Greenspring Road SE in Oldtown and it is possible to walk along the towpath next to it. 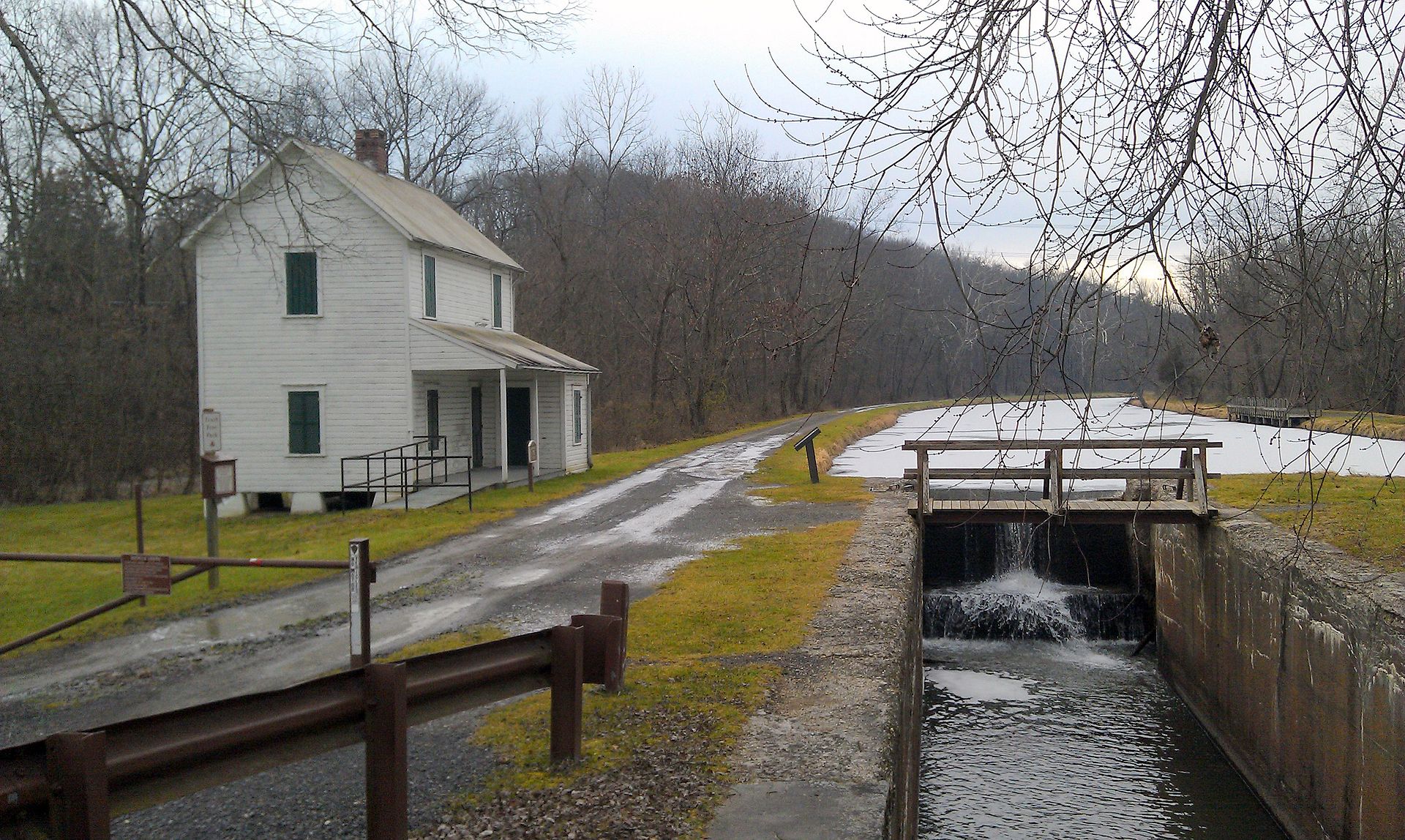