The De Soto National Memorial in Bradenton commemorates the historic and controversial 1539 landing of Hernando de Soto as well as the first widespread European exploration of “La Florida” and the southern United States. Although the precise history of the landing and the further exploration is a bit muddied, much of De Soto’s life is well documented, as well as the conquistador’s brutality toward Native Americans in South and Central America and the American south. According to the most common sources, De Soto and his army of over 600 soldiers landed in the Tampa Bay area in 1539. Their orders came from King Charles V of Spain, and like previous missions to the Caribbean and South America, their mission was to conquer, populate, and pacify the area known as "La Florida." Like in South America, gold was also a strong motivator, but the army never found the gold they sought in La Florida. Instead, De Soto's army trekked from village to village, enslaving native peoples and taking the necessary provisions to keep their exploration going. Over the four years of the journey, hundreds of lives were lost, and possibly even more due to the diseases the Spanish explorers brought to the Native peoples. The De Soto National Memorial was authorized in 1948, and it was listed on the National Register of Historic Places in 1966. Visitors to the National Memorial can find historic armor, artifacts, 16th-century weapons associated with the Spanish conquistadors, Spanish encampments, and much more. The Memorial also hosts a variety of acclaimed events, such as the reenactment of the De Soto’s landing. 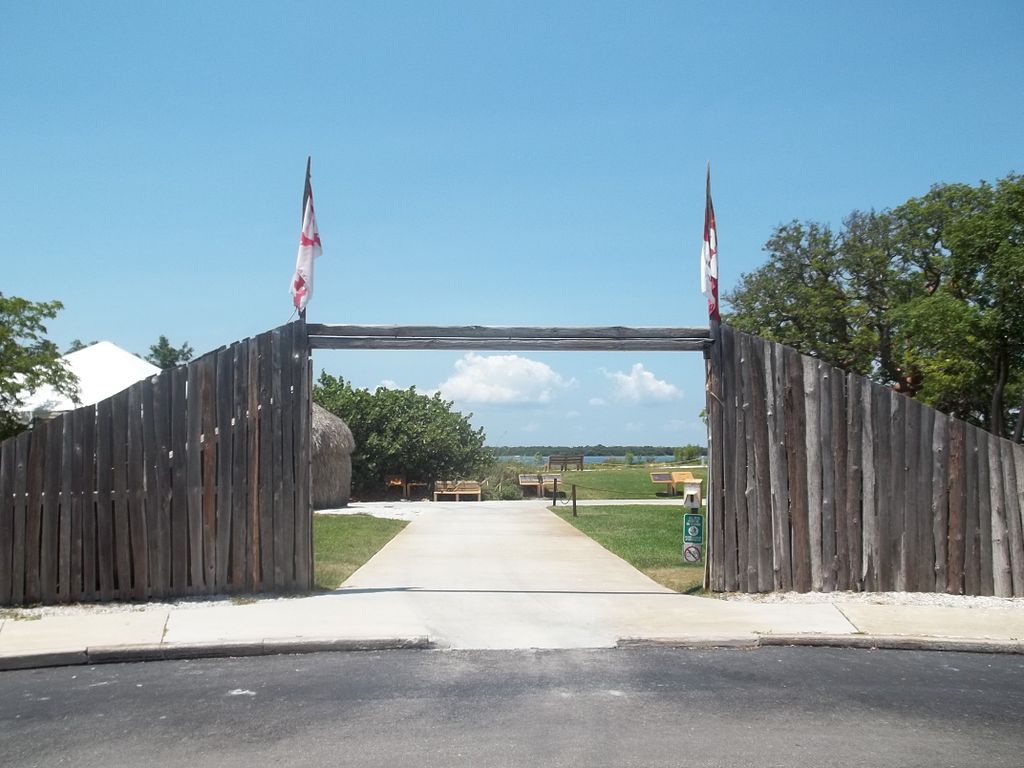 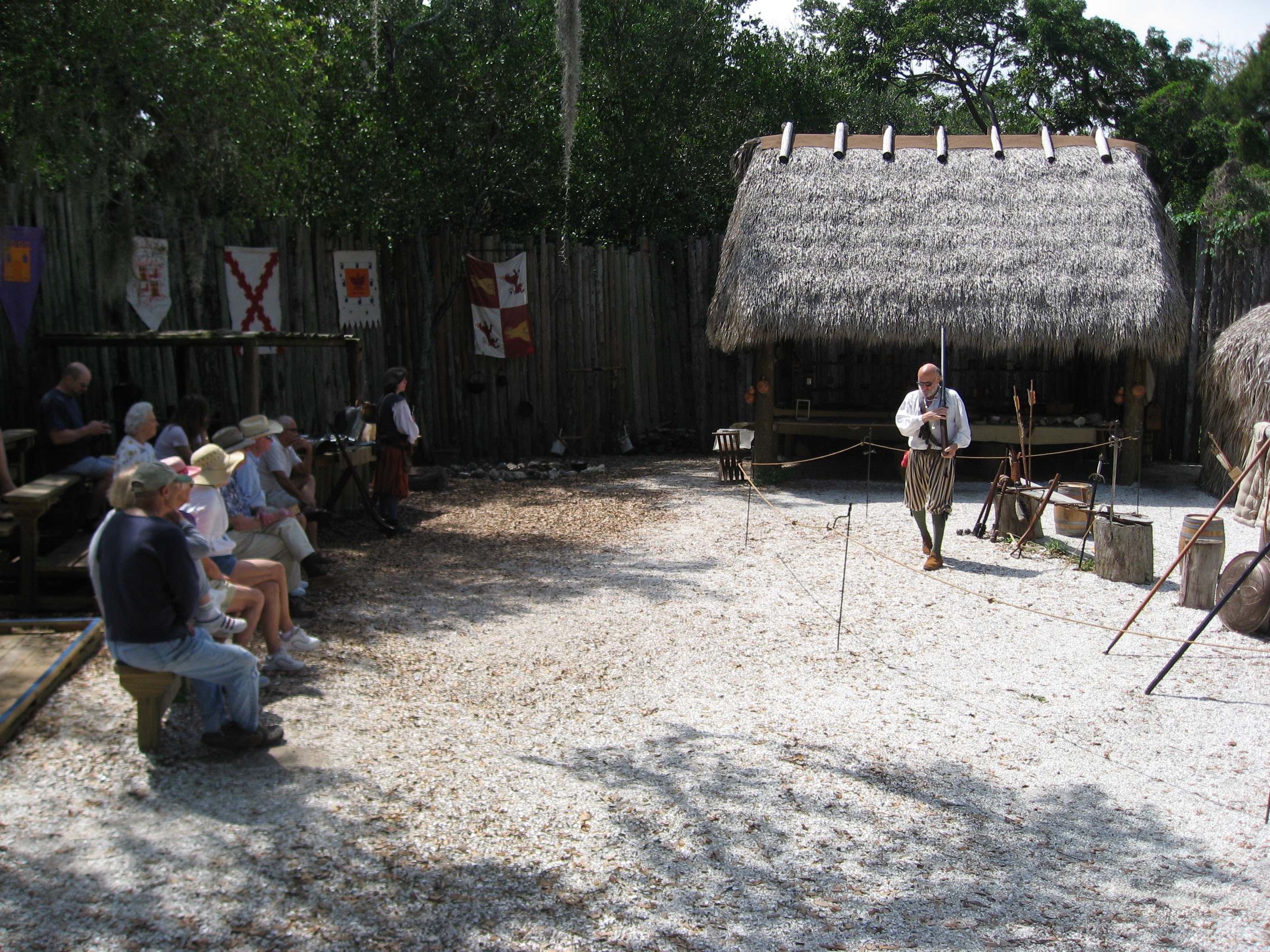 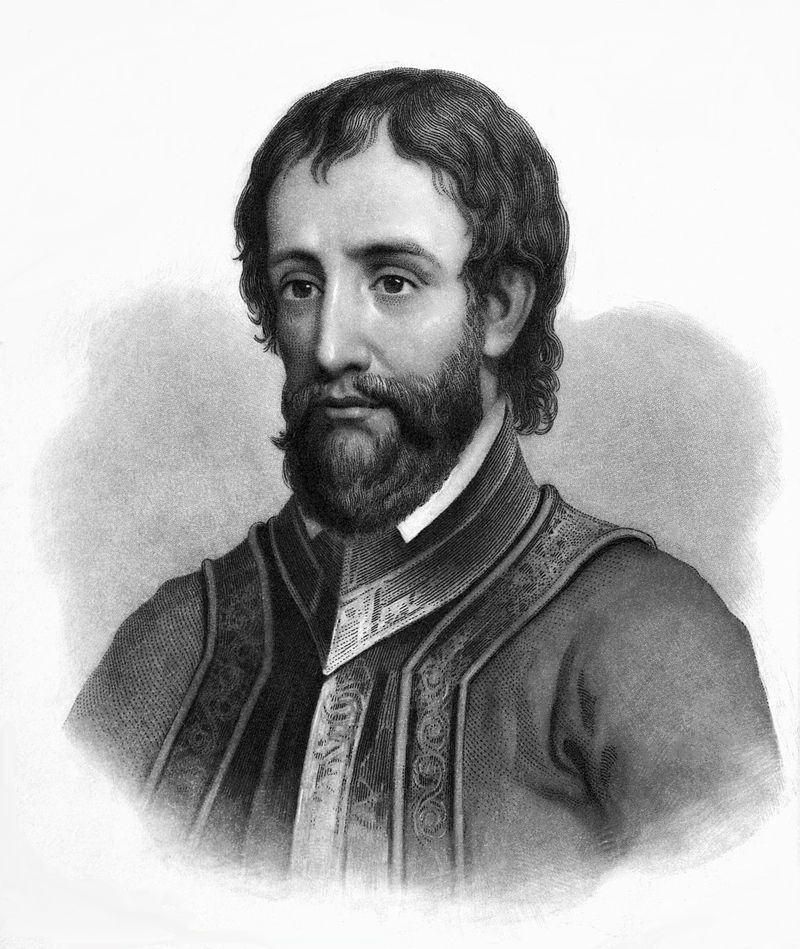 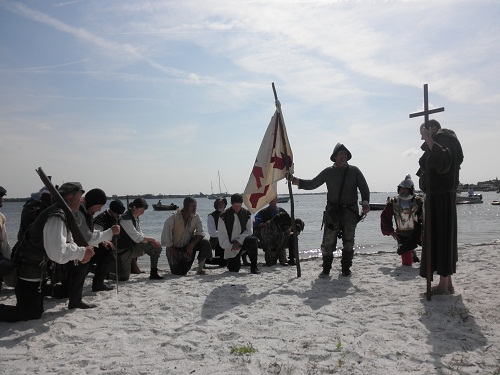 By the time Hernando de Soto arrived in La Florida, he had already attained much of his fame, wealth, and respect from King Charles V of Spain. De Soto first left his native Spain prior to 1520, arriving in Nicaragua in 1524 for the expedition led by Francisco Hernandez de Cordoba. In these years, De Soto, a captain under Francisco Pizarro, participated in the conquest of Peru. After returning to Spain for some time, De Soto left for the New World, arriving in southern Tampa Bay in May 1539 with near 700 soldiers and over 200 horses.

Under orders of King Charles V of Spain, De Soto and his army's mission was to conquer, populate, and pacify. Although the expedition met both receptive and hostile native tribes, De Soto and his army traveled north along Florida’s western coast. During that first winter of 1539, the army camped at Anhaica, where archaeologists have found physical traces of the expedition. All other accounts have been taken from records.

Throughout Florida, De Soto never encountered the gold he sought. Despite the many lives lost, and the widespread carnage and enslavement on local tribes, the expedition pushed onward over the next four years, traveling more than 4,000 miles.

Hernando de Soto would eventually die in 1542 on this journey, and due to the violent confrontations the explorers met against native tribes protecting their homes, the Spanish would reevaluate its role in the New World. Nonetheless, De Soto’s expedition would forever change the Southwest.1

The De Soto National Memorial was authorized on March 11, 1948, though its founding predates authorization by, at least, nine years. Although the history and stories of De Soto’s presence at the location were fairly well known, it was the Colonial Dames of America that erected a granite marker at Shaw’s Point in 1939, celebrating the 400th anniversary of De Soto’s landing. Two years later, the City of Bradenton staged its first ever “De Soto Pageant Spectacle,” which included the full-dress landing re-enactment as well as De Soto’s triumph over the natives. Six years later, a piece of federal legislation was passed that established the De Soto National Memorial on land donated by two local residents.

The De Soto National Memorial sits on about 30 acres of land where the Manatee River meets Tampa Bay. Rangers and volunteers dressed in period attire provide living history programs daily from mid-December through mid-April as well as talks on a variety of historical topics and De Soto’s expedition. The Memorial’s Visitor Center features displays of armor, weapons, and other related period items. Hikers can take the Nature Trail along the shorelines, uncovering several typical ecosystems, such as a mangrove forest, that De Soto would have likely encountered upon his arrival.2