Built in 1884 by the Baltimore and Ohio Railroad to support the company's efforts to promote the town and county as a resort destination, the Baltimore and Ohio Railroad Station is one of the finest remaining examples of Queen Anne train stations in the country. Today, it is the B&O Railroad Museum and features rotating exhibits and artifacts from the company as well as various local artifacts. The station is an integral part of the Oakland's history. It was listed on the National Register of Historic Places in 1974. 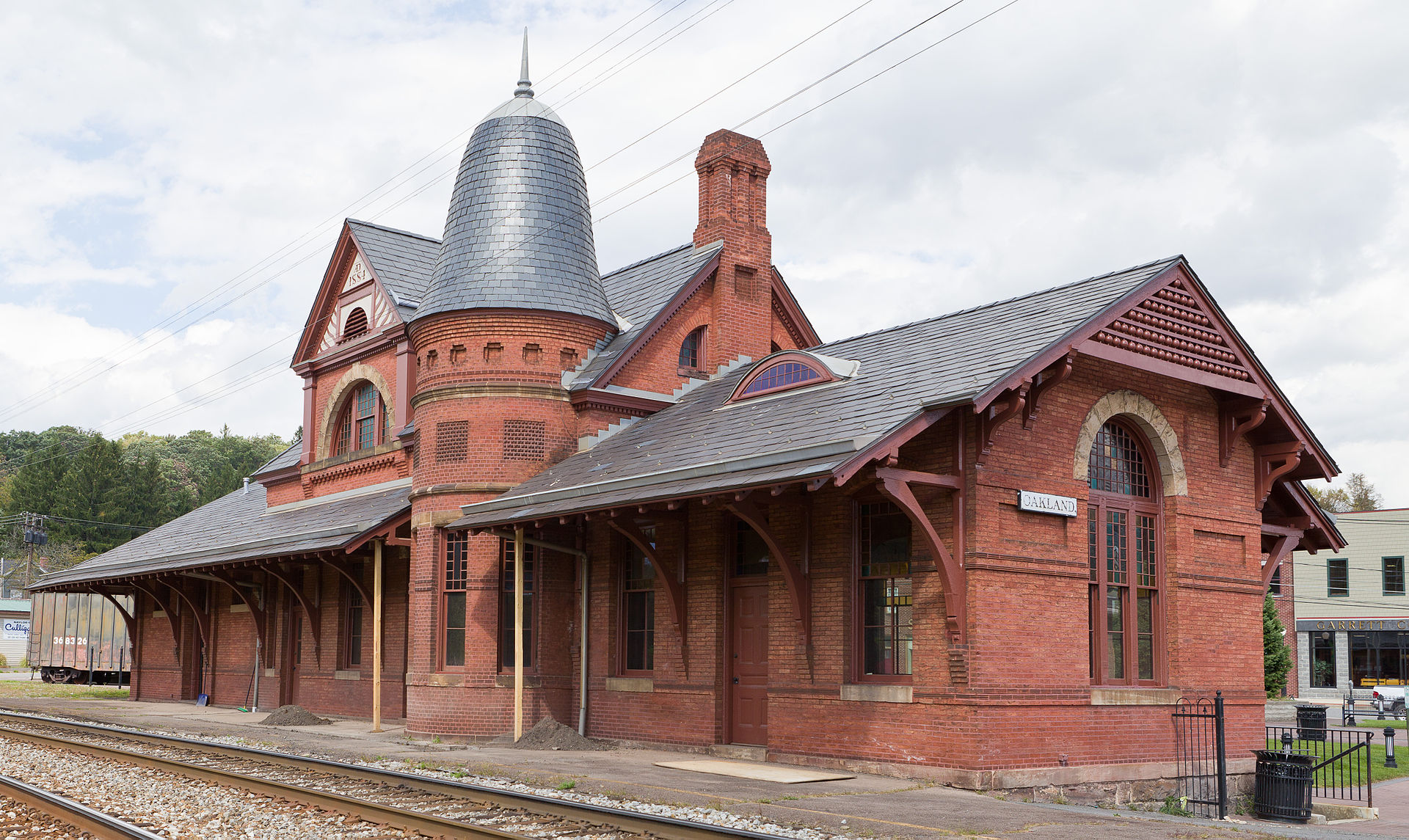 John Work Garrett became president of B&O in 1858. He promised Abraham Lincoln that the line the company was building through Maryland (and briefly through Confederate territory) would be dedicated to the Union. After the war, he became a powerful figure in the state and instrumental in furthering western Maryland's development. In addition to the station, he also built hotels and a church in Oakland. Amtrak trains used the station between 1976-1981. It is not clear when the museum opened.