Located across the river from Omaha, Nebraska, sits the LDS Kanesville Tabernacle where in the winter of 1847 to 1849 a large section of the LDS encamped following its forced excodus from Nauvoo, Illinois. The larger cam was located in north Omaha and is known as Winter Quarters and saw more suffering than in Kanesville. Here at this Tabernacle, Brigham Young was officially called and sustained as the second Prophet and President of the LDS in 1847, over a year after Founder and Prophet Joseph Smith, Jr. and his brother Hyrum were murdered in Carthage, north of Nauvoo. Built by 200 people, this structure was used for many purposes such as a place of worship and center for activities. Now the replica it serves as a visitors center and pioneer museum for the general public.

Statue in front of the tabernacle depicting the new First Presidency mapping out the encampments of the church in the area. L-R: Heber C. Kimball, Brigham Young and Willard Richards 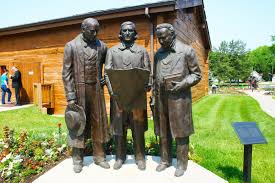 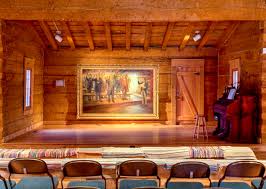 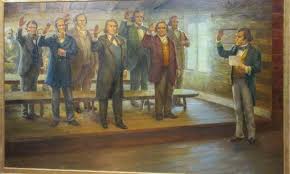 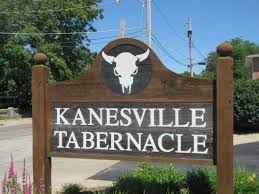 Statue "The Family, an Everlasting Heritage" 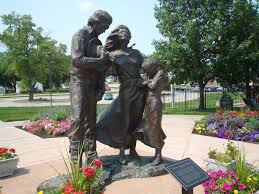 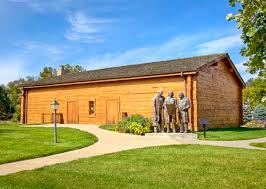 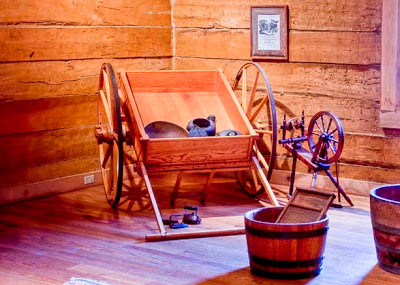 "The Foreman". Statue honors the men that constructed the tabernacle during the winter 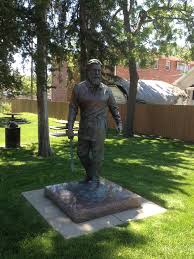 These plaques contains Jesus the Christ, the Family Proclamation and a revelation given to Brigham Young regarding the call to go west and how the Saints should conduct themselves. 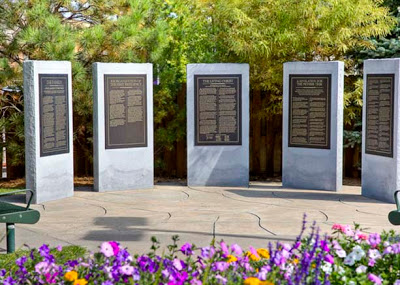 "The Kanesville Tabernacle was where Brigham Young was sustained as the second President and Prophet of The Church of Jesus Christ of Latter-day Saints. The tabernacle was constructed for the purpose of housing as many people as possible for a conference in December 1847 to reorganize the First Presidency of the Church. The conference was postponed so that a building large enough could be constructed.

The tabernacle, constructed in three weeks with the help of 200 men, was believed to be the largest log structure in the world.1After its completion, the First Presidency was reorganized, and on December 27, 1847, with over 1,000 people in attendance, Brigham Young was sustained as President and Prophet of the Church. Also, on October 21,1848, upon his return to the Church, Oliver Cowdery spoke to a large number of people gathered at a conference in the tabernacle; he “bore a strong testimony to the authenticity of the Book of Mormon, and declared that an angel conferred the Priesthood on Joseph Smith and himself.”2

The original tabernacle was dismantled in 1849 because of damage by the spring runoffs; the current structure is a replica. President Gordon B. Hinckley dedicated the rebuilt Kanesville Tabernacle on July 13, 1996. It now serves as a visitors’ center for people to learn about the Saints migration west to the Salt Lake Valley."