Created in 1951, the murals are located in the local LDS congregation building in Cody, WY. The purpose of the murals was to teach a brief history of the LDS church from its founding to the present (at least until 1951). The murals were created to celebrate the LDS church's 70 years in Cody and in Wyoming in general. The building also houses a Mormon Pioneer museum. The murals are now one of the famous stops for tourists to the city. The chapel and murals are open to the public. 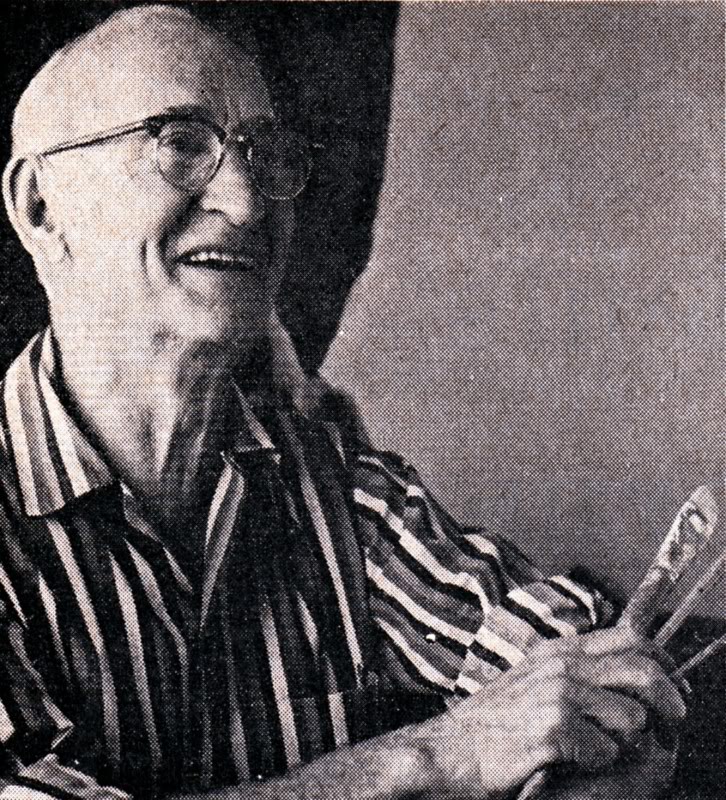 working on another section 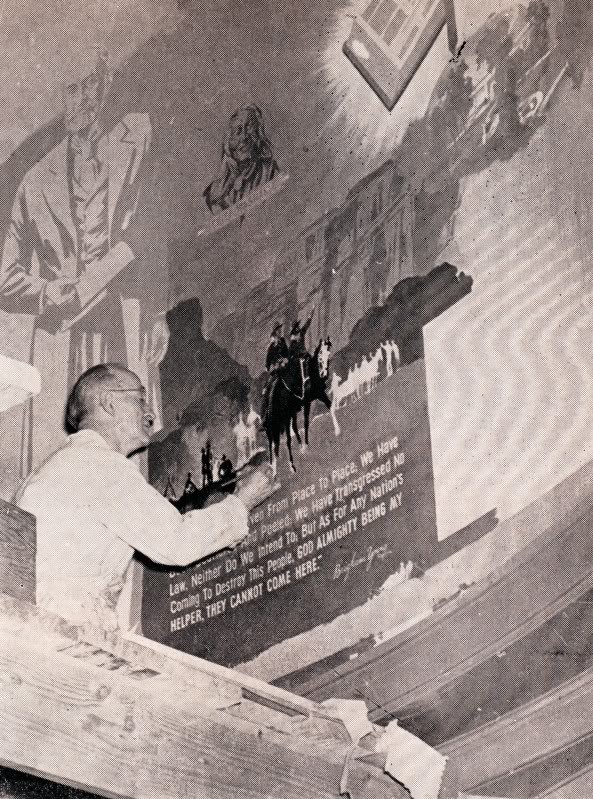 One section: Depicting Joseph and events of his life 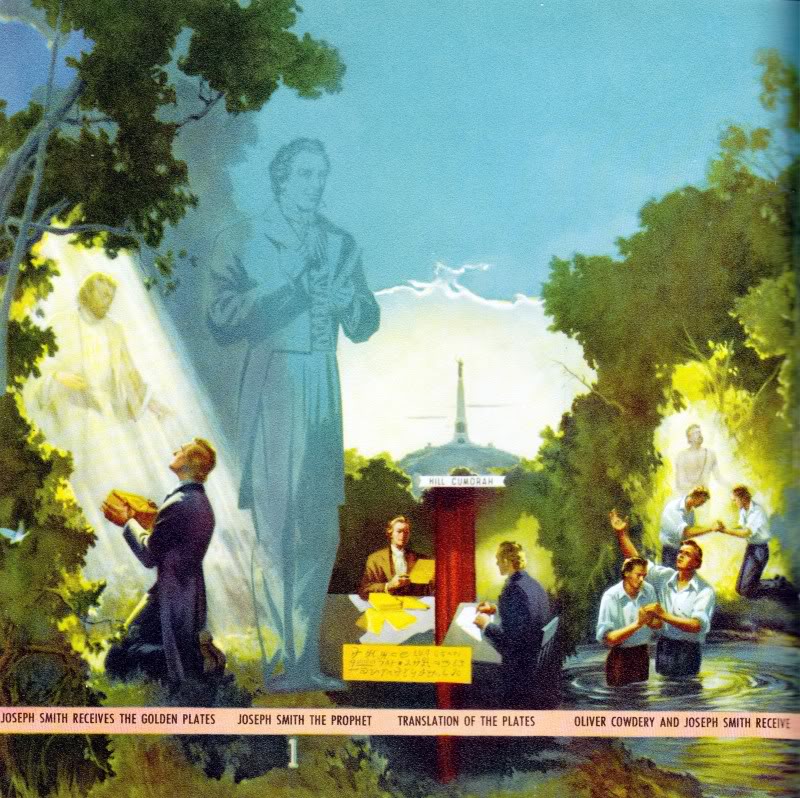 Another section depicting George Albert Smith, president of the church at the time of the murals creation 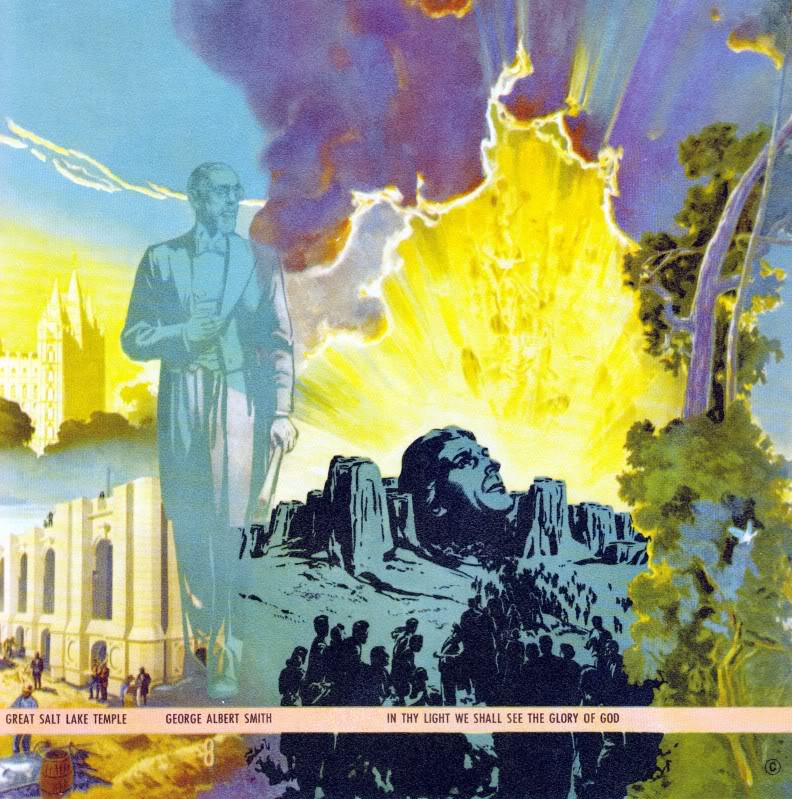 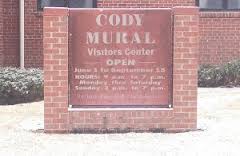 Another section depicting LDS member creating the Sidon Canal as they settle this area of Wyoming. 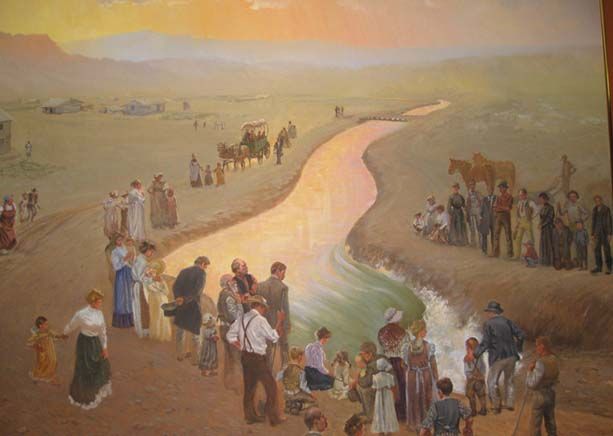 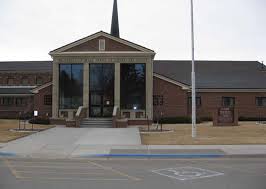 Chapel of church building. Features another Grigwire painting of the Salt Lake temple 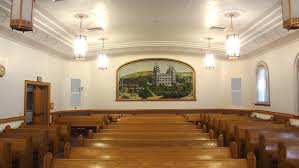 Portion of the dome as it looks today, where murals are located 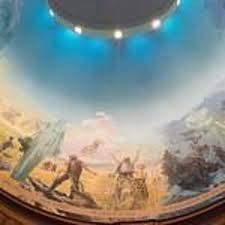 Section of the museum inside building 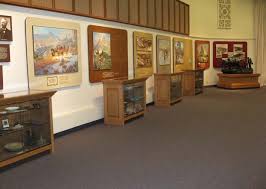 "Over a half century after the Latter-day Saints settled in Utah, Wyoming’s Governor DeForrest Richards and Secretary of State Fennimore Chatterton came to speak with Church President Lorenzo Snow in Salt Lake City in January of 1900. The two government leaders requested a colony of Mormon families to relocate to the Big Horn Basin in northern Wyoming to help settle the area. More than 100 families responded to what they considered to be a sacred call from God. Rather than settle in Cody, the Latter-day Saints settled in the small towns of Lovell, Byron and Cowley.

Today, the Mormon pioneers’ struggle and a chronology of the Church from 1827 to the completion of the Salt Lake Temple, nearly 70 years later, is painted in the entryway of the Cody Latter-day Saint meetinghouse. The mural is 36 feet in diameter and 18 feet to the top of the dome. It was painted by artist Edward T. Grigware, who was not a member of the Church but who studied the Church’s history to get a feel for his assignment. He completed the mural 60 years ago.

A major reminder of the Latter-day Saints’ contribution in the Big Horn Basin is the Sidon Canal. The 37-mile-long canal took four years to build and is still in use today. It channels water to approximately 20,000 acres of farmland.

The mural in the domed entryway of the still-functional Mormon meetinghouse is worth the trip for what you see and the explanation behind the artwork. In addition to the mural, a large room is dedicated to displays, photos and information about how the Latter-day Saints in the early 1900s helped settle Cody, Wyoming. A visitor from Fort Myers, Florida, said her heart was lifted by her visit: 'Thank you for sharing the beauty and inspiration of your church and artwork.'"