During the Salem witch trials of 1692, 20 people were accused, tried, convicted, and executed for the crime of witchcraft. The Salem Witch Trials memorial serves to honor the 14 women and 6 men who were wrongly executed. The memorial was dedicated by Nobel Laureate Elie Wiesel in August 1992 as part of the Salem Witch Trials Tercentennial observance. It is a place to honor and remember the innocents who lost their lives during the hysteria of the trials and serves as a lesson of human rights learned from the tragedy. 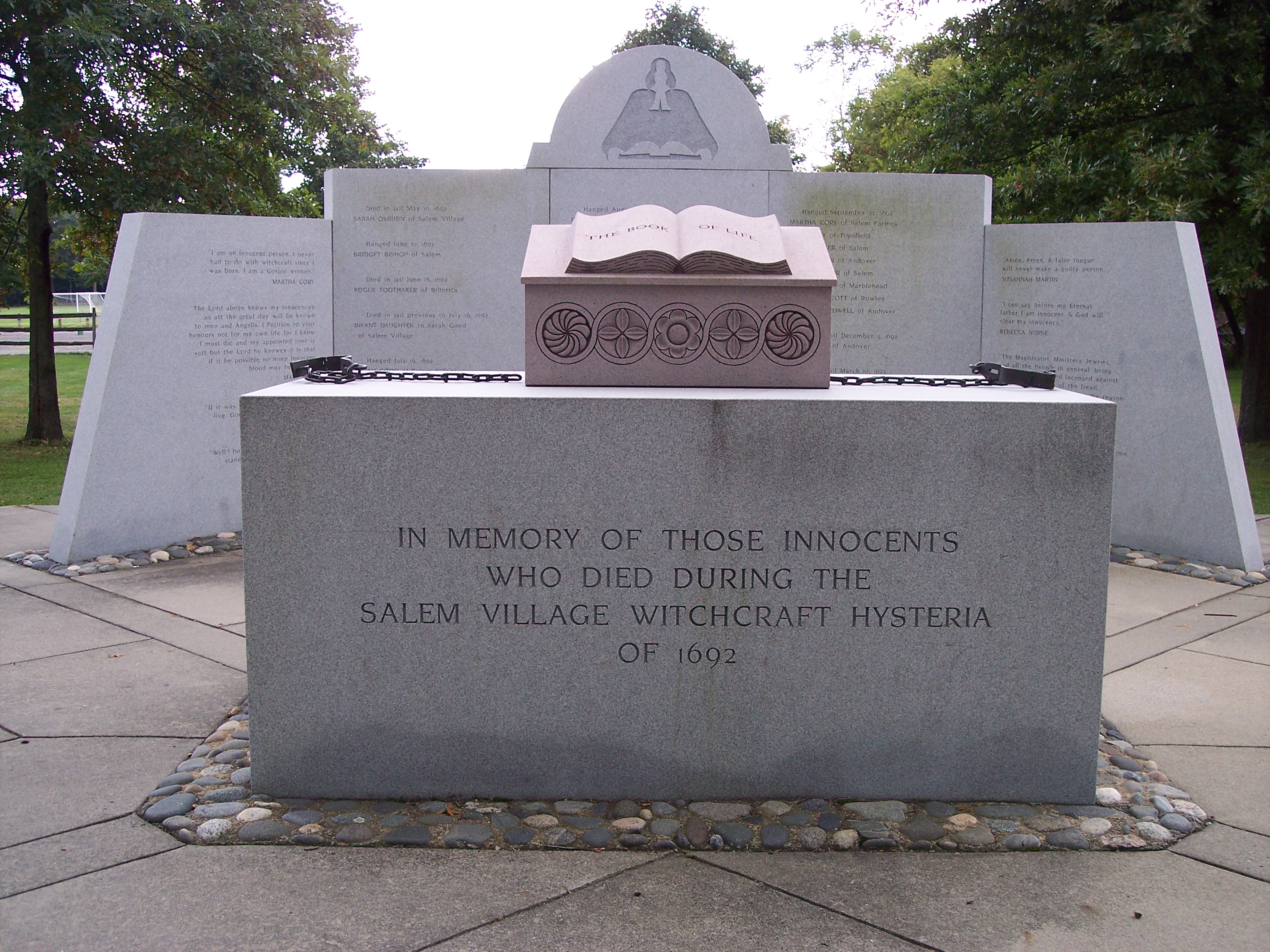 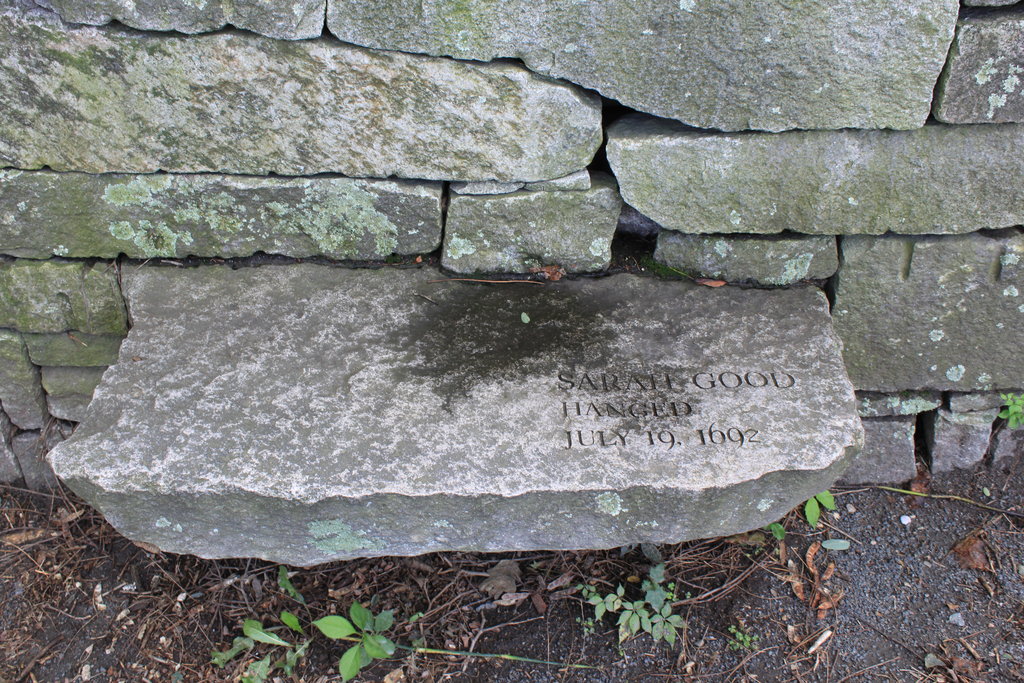 Nineteen of the twenty executed were convicted and hung on Gallows Hill. The other was pressed under stones until he died for refusing to plead.

The design of the memorial was selected out of 246 entries in an international competition and was funded by a grant from the National Endowment for the Arts. The winning design was by Maggie Smith and James Cutler and was inspired by the Vietnam memorial.  The dedication of the memorial also marked the first year of the Salem Award for Human Rights and Social Justice, given to an individual or organization that speaks out and takes action for human rights and justice.

A stone in the memorial reads:

“This memorial is surrounded on three sides by a granite wall. Inscribed on the threshold are the victim’s protests of innocence. This testimony is interrupted mid-sentence by the wall, symbolizing society’s indifference to oppression. Locust trees represent the stark injustice of the trials. At the rear of the memorial, tombstones in the adjacent cemetery represent all who stood in mute witness to this tragedy. Stone benches within the memorial perimeter bear the names and execution dates of the victims.”

The first witchcraft accusations began with two girls who lived in the home of the Rev. Samuel Parris. Conflicts in the village had caused three previous ministers to leave, and more arose with Rev. Parris’ arrival, with the village not paying his salary for months. In January, 1692, Parris' 9 year-old daughter Betty Parris and her 12 year-old cousin Abigail Williams began to have fits: screaming, throwing things, uttering strange sounds, crawling under furniture, contorting, and complaining of being pinched and pricked with pins. The fits were described as “beyond the power of Epileptic Fits or natural disease to effect” by John Hale, a minister of nearby town, and the doctor could find no physical evidence of an ailment. The girls’ actions were similar to that of the Goodwin children in Boston who then accused a servant named Glover of using witchcraft, and Glover was convicted and hanged as a witch.

These behaviors repeated themselves in other young women in the village, and eventually the girls began to accuse people. The first to be accused and arrested were Sarah Good, a homeless beggar, Sarah Osborne, who rarely attended church meetings and whose marriage and inheritance dispute were looked down upon, and Tituba, the slave of Rev. Parris. The three women were examined before the magistrates and sent to jail. Following the women, many other people were accused, examined, and sent to jail.

With so many cases and accused witches in jail, Governor William Phips established the Court of Oyer and Terminer to preside over all the cases. The court gave the rulings to execute all of the twenty killed during the trials. Nineteen were sentenced to hang for the crime of witchcraft. Those who confessed to witchcraft were not executed, but those who pleaded innocent were executed. One of the executed, Giles Corey, was pressed to death for refusing to enter a plea.

The trials came to an end when people from the town encouraged Governor Phips to stop the proceedings and disallow the use of spectral evidence, a witness testimony that the accused person’s spirit or spectral shape appeared to the witness in a dream at the time the accused person’s physical body was at another location, which the majority of the trial’s accusations and convictions were based on. This led to the eventual end of the trials. The Superior Court of Judicature tried the rest of the cases and began clearing the jails. In 1711, the courts of Massachusetts Bay began to make monetary restitution to the families of those who were jailed, and the process of clearing the names of those condemned and executed began.

The Salem witch trials serve as a reminder of the destruction of mass hysteria and the importance of a just legal system and due process.