The Idaho Falls temple was the 10th temple constructed by the LDS/Mormon church since its organization on April 6th 1830. This was Idaho's first temple, with 4 others in Meridian, Boise, Twin Falls and Rexburg. Announced in 1937 and finished in 1945, this was the only temple dedicated by then president of the church George Albert Smith. A notable landmark when traveling through Idaho Falls, this temple is a favorite for members and non-members alike for its architecture and beauty it adds to the skyline. There is a visitor center located on temple grounds for everyone to visit and learn more about the LDS church and the Idaho Falls temple. 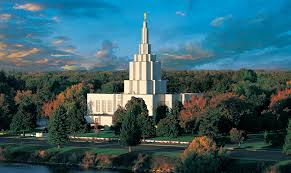 Closer look at back of temple 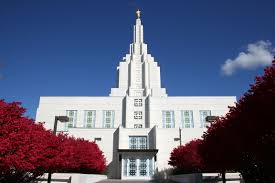 Temple at riverside, Snake River. This is an example of the type of scenery with temple included that locals and tourists enjoy. 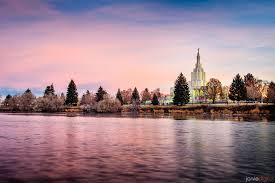 Ariel view of Idaho Temples and Snake River in 1948 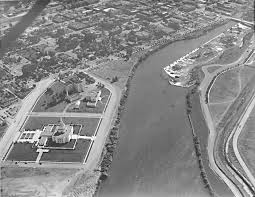 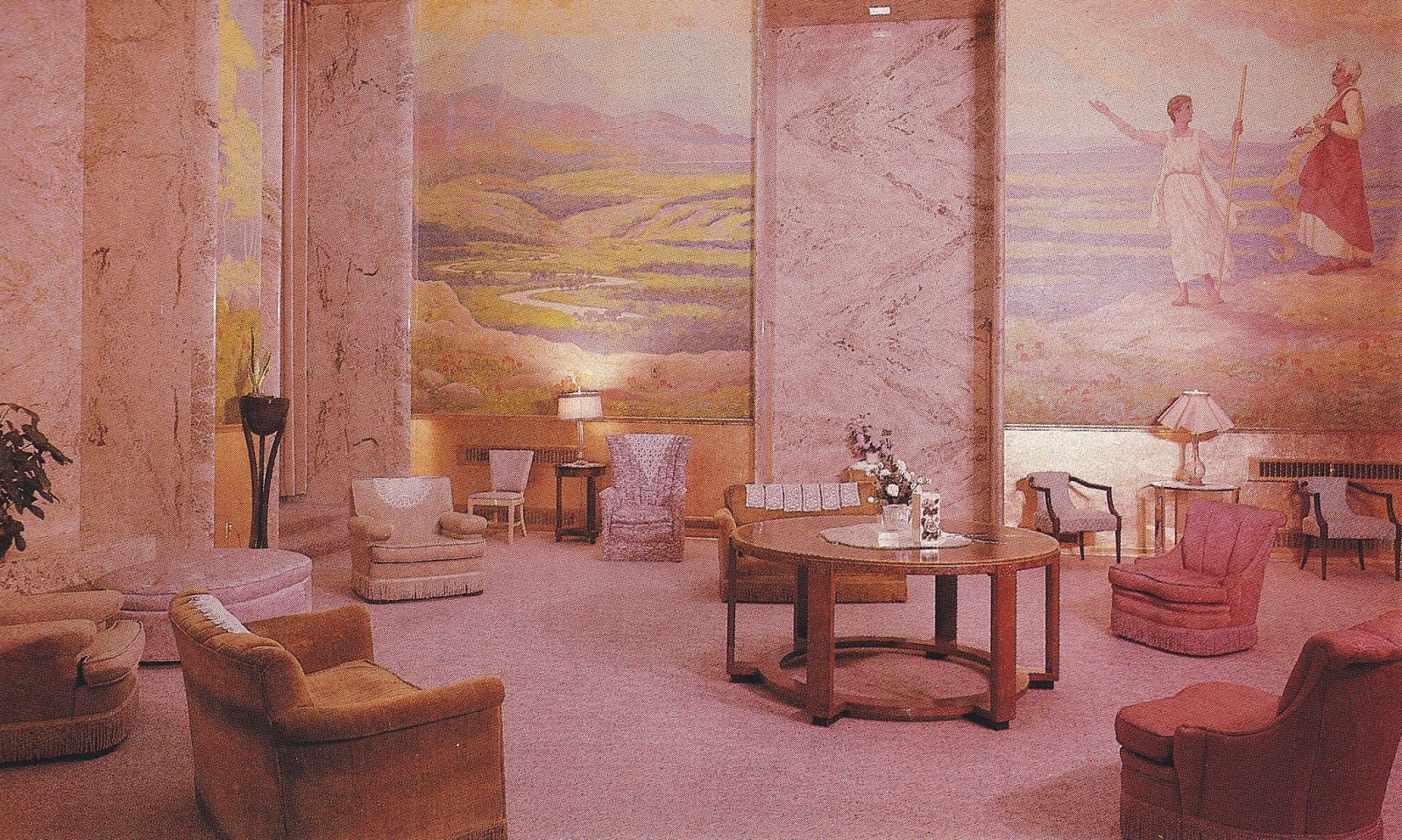 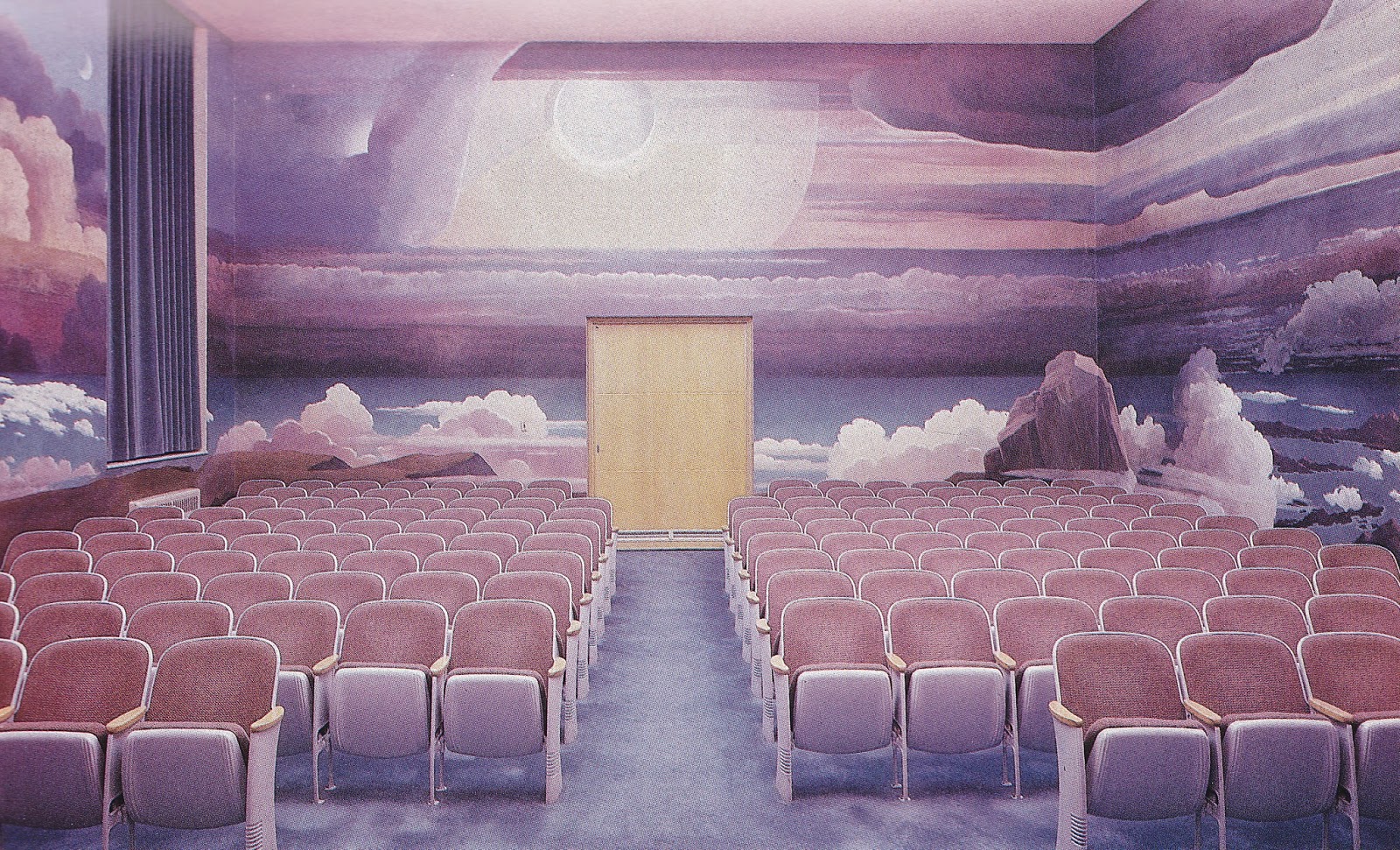 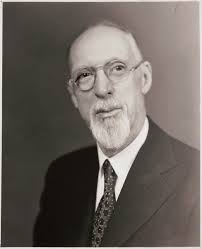 The Idaho Falls Idaho Temple (formerly the Idaho Falls Temple) is the tenth constructed and eighth operating temple of The Church of Jesus Christ of Latter-day Saints. it was the first LDS temple built in Idaho, and the first temple built with a modern single-spire design.

The LDS temple in Idaho Falls was announced on March 3, 1937. The building was designed by the church board of temple architects; Edward O. Anderson, Georgious Y. Cannon, Ramm Hansen, John Fetzer, Hyrum Pope, Lorenzo Snow Young. The exterior of the temple was completed in September 1941 and the interior was expected to be completed the following year. However, with World War II shortages, it delayed the completion of the temple for four more years. In spite of delays, LDS Church President George Albert Smith dedicated the Idaho Falls Temple just one month after the war ended, on September 23, 1945. The temple was built on a 7-acre plot, has 4 ordinance rooms and 9 sealing rooms, and has a total floor area of 92,177 square feet.

The name of the temple was changed from the Idaho Falls Temple to the Idaho Falls Idaho Temple in 1999 when the church introduced standardized naming conventions for temples worldwide.1

One of the temple's most prominent presidents was John Groberg (served as temple president 2005-2008). His family was instrumental in helping the church acquire land for the temple, prominent in the city and various relatives served in the temple in various capacities. Groberg's experiences as the LDS church's first missionary in Tonga was made into a book "Other Side of Heaven" and made into a movie in 2001 of the same title starring Christopher Gorham and Anne Hathaway.