This preserved and well maintained old town site was the original location of the town of Chesterfield, established by members of the LDS church that were tasked to build and settle more of the portions of modern day Idaho that were contained within the boundaries of the LDS/Mormon state of Deseret. First settled in 1879, the town would not be founded until 1882. The town peaked at 400 people and by the end of the 1920s was almost entirely abandoned, specifically old town Chesterfield. In the 1970s the Chesterfield Foundation (the town had barely 200 people within its limits) purchased the site, which included the original buildings that remained standing. The original meetinghouse, since restored, serves as a museum for Daughters of Utah Pioneers and contains artifacts and information about the Oregon Trail that came through the area. 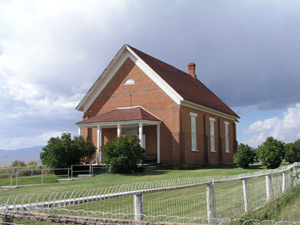 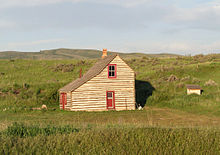 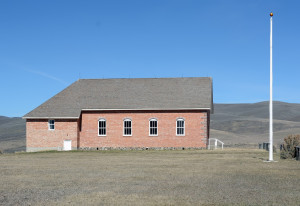 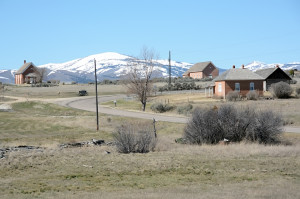 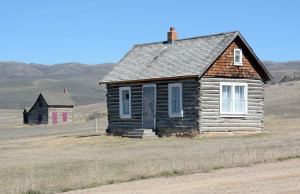 "Chesterfield was first settled in 1879 by Chester Call, an LDS Bishop from Bountiful, Utah and Christian Nelson, his nephew. Church leaders from Utah, visiting in 1882, recommended a location for a townsite and directed laying out the town. Brother Call encouraged others from Utah to join him, and the community flourished until the mid-1920s.

At its peak, it boasted a population of more than 400.1 Harsh, frontier conditions eventually caused the population of the settlement to dwindle to zero. However, it remains a largely untouched example of life in the 19th century. In the late 1970s, the nonprofit Chesterfield Foundation was formally organized to help restore and preserve the community. Through the efforts of the Chesterfield Foundation, many historic buildings have been preserved or restored, including the original LDS meetinghouse, the amusement hall, the tithing office, and the tithing granary. The meetinghouse has since been turned into a Daughters of Utah pioneers museum, containing many artifacts from the Oregon Trail.

The community was listed on the National Register of Historic Places in 1980. The town site remains as one of the best preserved colonies among some 500 established by leaders of The Church of Jesus Christ of Latter-day Saints after their arrival in the Great Basin."

The LDS Meetinghouse is the most prominent and best preserved building in Chesterfield. It was built between 1887 and 1892.2

LDS members pay tithing to the Church. Few members could pay cash around 1900, so grains, vegetables, eggs and farm animals were instead paid "in kind." The Tithing Office and the Tithing Granary were constructed in 1900. Grain donations were stored in the Tithing Granary. The Tithing Office was where members came to pay their tithing and the goods were dispensed to those in need; the facility acted as a sort of a warehouse and general store.4,5

The Nathan Barlow House, built about 1900, was the home of the postmaster and owner of the general store. After the Panic of 1907 and the harsh winter of 1907-1908, Nathan Barlow lost all of his money and moved out of the community. The home was restored in 2009, with descendants of Nathan Barlow contributing the furnishings.6,7

The Ira Call cabin is a saltbox style home. It contained two polygamous families for a short time.8

Aunt Ruth Call David's cabin built of red pine logs with a dirt floor in 1881 and 1882. Aunt Ruth was a Native American who was adopted by Chester Call's parents in the 1860s. As the town's midwife, she delivered most of the babies.[18]