The Air Force Armament Museum, located on Eglin Air Force Base in the Panhandle of Florida, is unique because it is the only museum in the world that is dedicated to the preservation of artifacts from the Air Force Armament. The Museum features more than twenty-nine aircraft, dating from World War II to the present day. Some of the aircraft on display include a B-17 Flying Fortress, P-51, F-15, F-100, SR-71 Blackbird and many more fighter jets. In addition, the Museum has on display a range of memorabilia such as bombs and cluster bombs, various types of guns, and missiles. Visitors may also view a thirty minute film on the history of Eglin Air Force Base and the role it played in the development of armament. 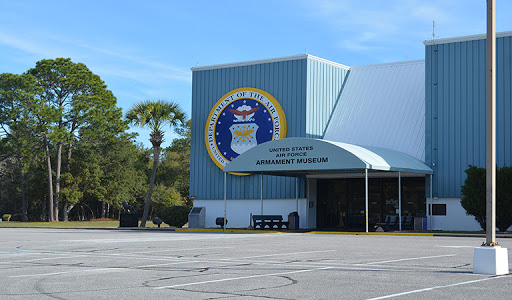 Some of the Aircraft on Display at the Armament Museum 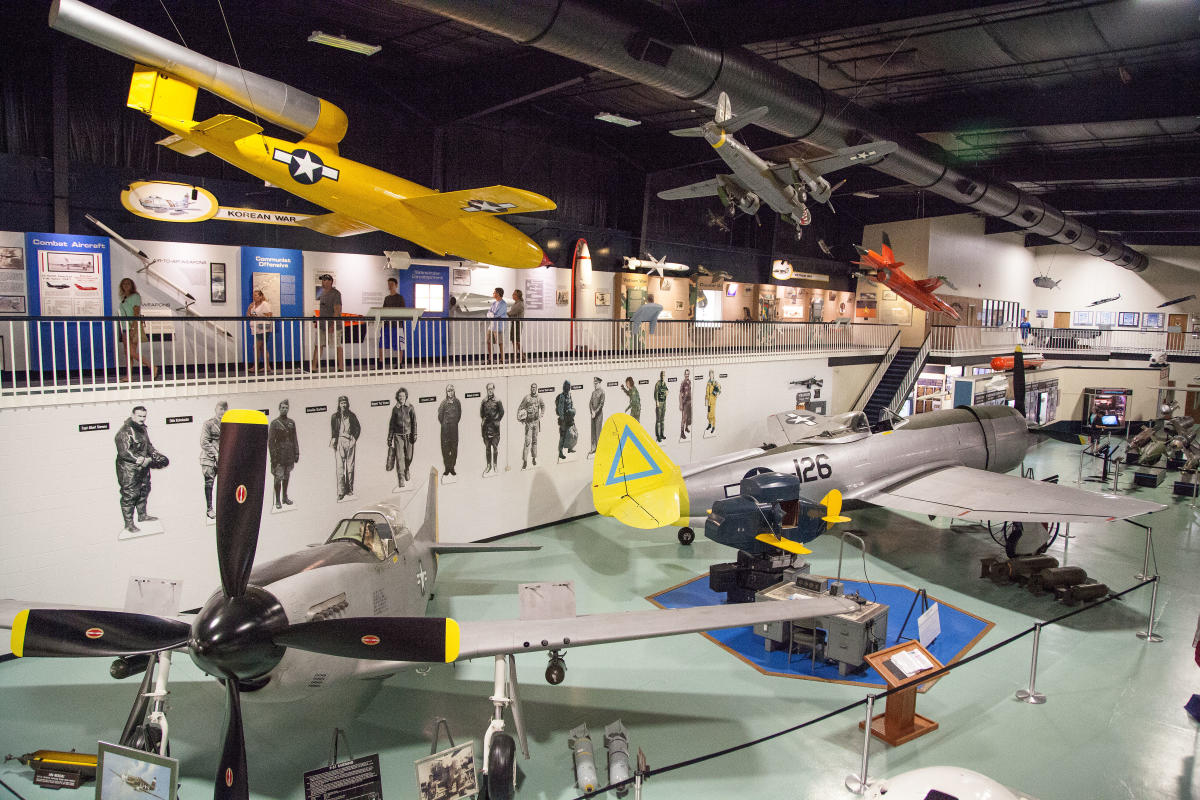 The SR-71 Blackbird on Display 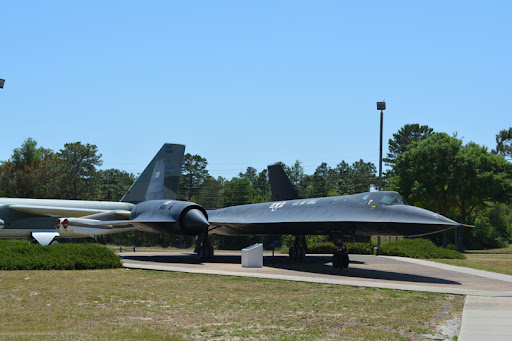 Eglin Air Force Base, currently covering over 460,000 acres and the largest Air Force base in the world, was created on June 14, 1935. A local businessman and aviation enthusiast named James Plew thought that having a military base in the area would help the local economy, then plagued by the Great Depression. Plew leased 137 acres to the City of Valparaiso for the creation of an airport, and then offered more than 1,400 acres to the Federal Government for a gunnery and bombing base. At the time of dedication, it was known as the Valparaiso Bombing and Gunnery Base. In August of 1937 the field was renamed Eglin Field, in honor of the late Lieutenant Colonel Frederick Eglin, who was killed when his aircraft crashed in January 1937.

After World War II erupted in Europe in the fall of 1939, President Franklin D. Roosevelt initiated an expansion of the Army Air Corps, leading General Henry Arnold to request for the establishment of a proving ground for aircraft armament. Once Eglin was chosen for this mission, the U.S. Forestry Service donated Choctawhatchee National Forest, covering over 380,000 acres, to the War Department. World War II marked the beginning of Eglin's major contributions to the effectiveness of the American air operations, which continues to this day.

The idea for the Air Force Armament Museum came about in 1974, however, it would be two years before a suitable building to house it became available. In 1976, the Air Force Armament Museum was opened in an old Enlisted Club facility. In order to support the Museum and its expansion, the nonprofit Air Force Armament Museum Foundation was founded. In the first five years of its existence, the Museum brought in around 80,000 visitors a year and its impressive collection continued to grow in size. Unfortunately, in 1981, the building was condemned, forcing the Museum to close in the fall. For three years, the Museum searched for its next home, with little to no luck. Finally, in 1984, fundraising efforts began for a new building, and in 1985, more than a million dollars had been raised. The 28,000 sq. ft. building opened in November of 1985 and was deeded to the Air Force.

The Museum is open Monday through Saturday, with the exception of Federal Holidays, and is free of charge to visitors. Throughout the year, they host military ceremonies like retirements and promotions, as well as welcoming veterans' groups, school groups, and many more. When arriving at the Museum, what visitors first see is the impressive array of aircraft gracing the grounds, such as a SR-71 Blackbird, the fastest plane ever built, and planes dating from World War I to the Gulf War. Visitors may tour an array of exhibits, such as one on World War I, World War II, the Korean War, the Vietnam War, the Gulf War, Aircraft, Armament, and others. The Air Force Armament Museum is a pivotal landmark, showcasing the rich and crucial history of the United States Air Force.