Current photo of the Flatiron Building 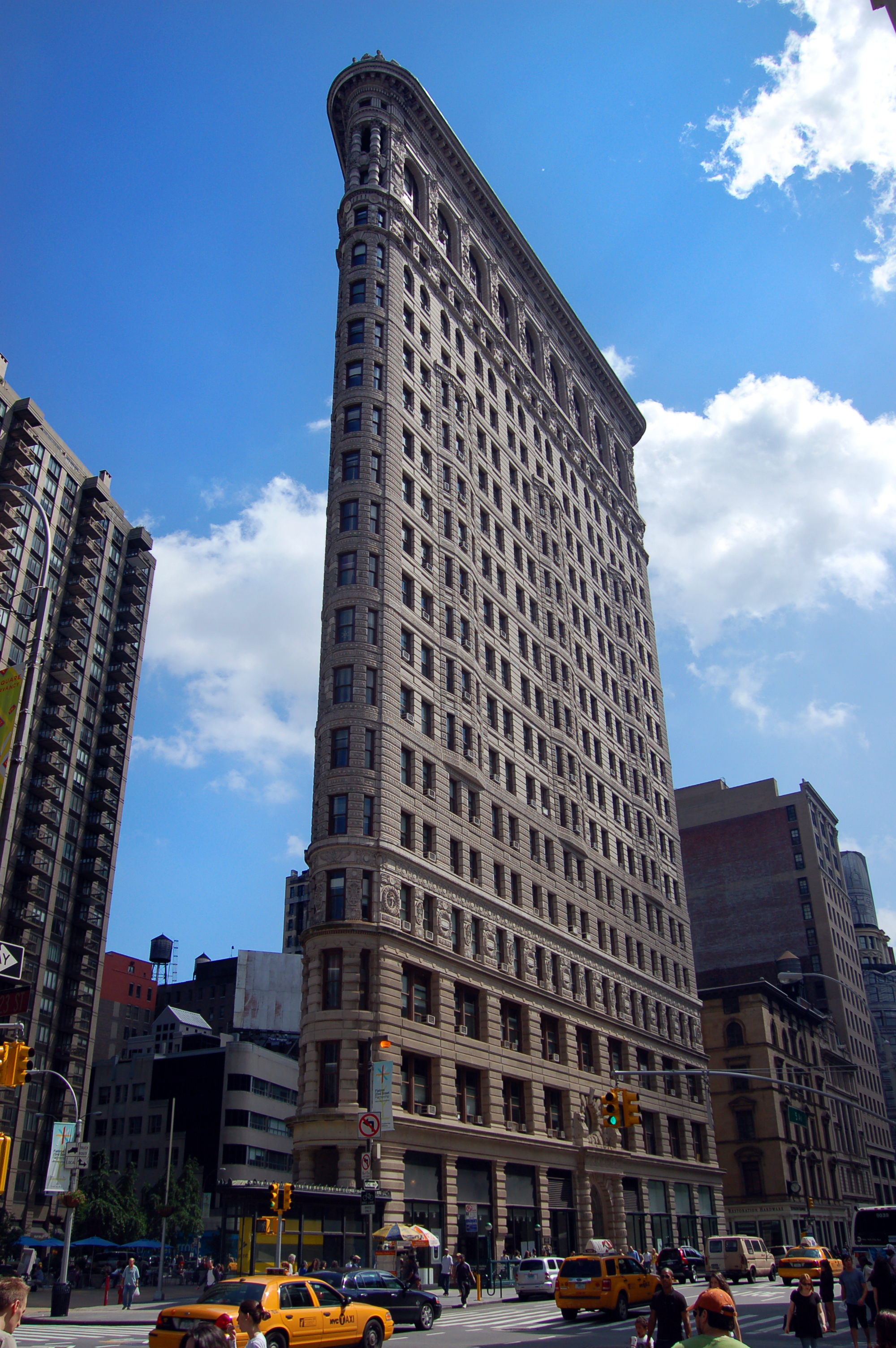 The Flatiron Building during construction 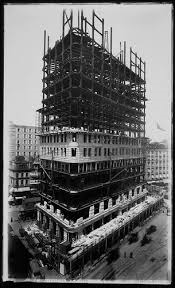 A view from one of the rooms in the building 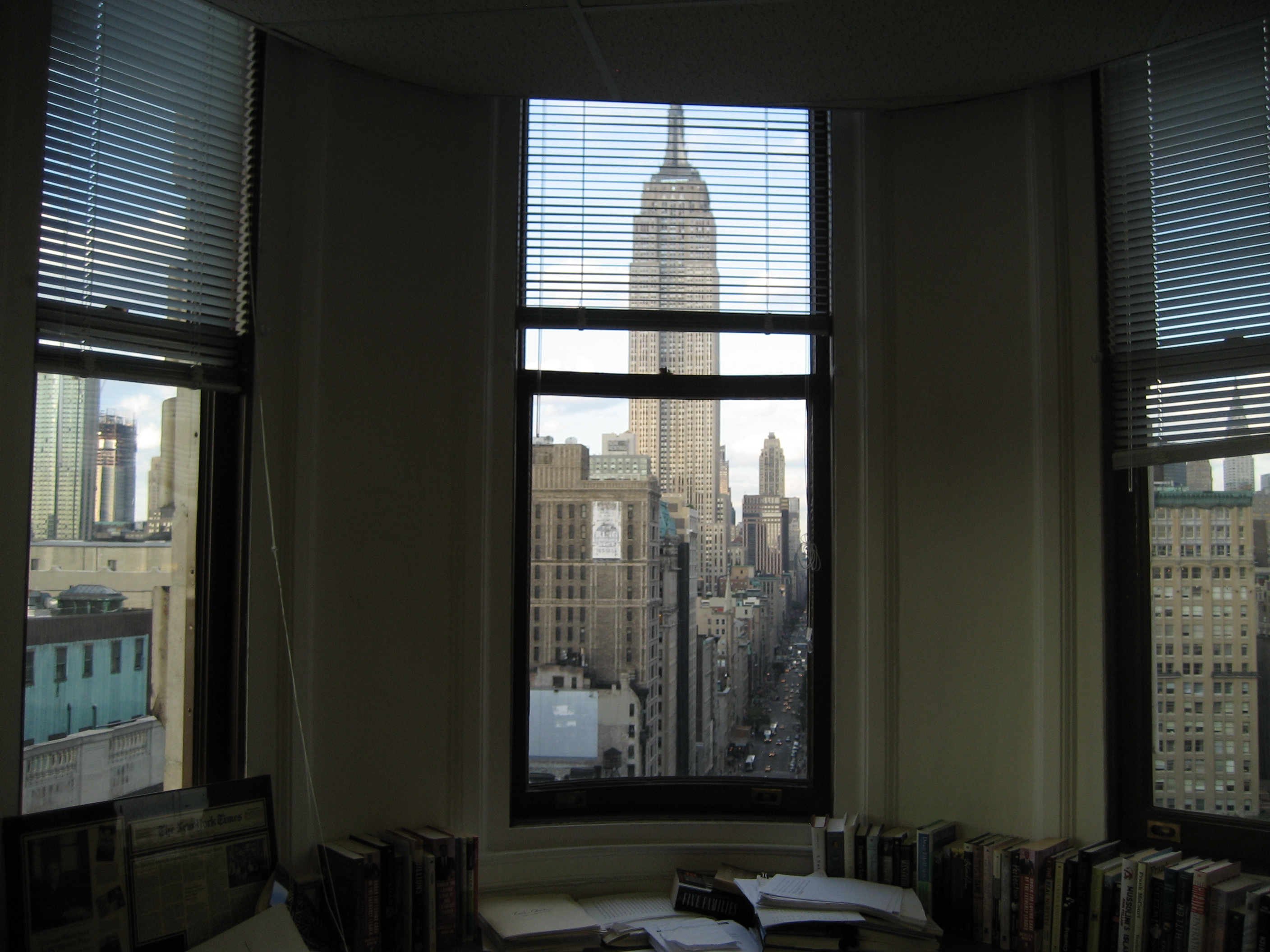 The Flatiron Building is located at the intersection of Fifth Avenue and Broadway. It was constructed in 1902 by Chicago architect Daniel Burnham. It was one of the tallest buildings at the time standing at 22 stories high. This building was one of the oddest looking buildings in all of New York City. Artists and photographers used the Flatiron as an iconic symbol of New York City for more than a century.

The building was originally meant to be offices for the George A. Fuller Company, which was a Chicago contracting firm. Samuel and Mott Newhouse bought the “Flat iron” property in 1899. During this time many efforts were made to create another business district in New York that was in a different location than Wall Street. In 1901, the Newhouse brothers worked with Harry S. Black, who was the head of the George A. Fuller Company, to make plans to build a building on the triangular piece of land.

Though the Flatiron Building was always believed to be the tallest building in New York City, it was not. The Park Row Building, which was 29 stories tall held that title. The Flatiron’s design made it one of the most popular buildings out of all of the steel-framed skyscrapers of its day. Many of the tall buildings in the city had high towers that protruded from block bases. The Flatiron, or Burnham’s Tower, stood directly up from the street level, which made a noticeable contrast to the other building’s that surrounded it.

Since the Flatiron was a freestanding building, many people in that decade questioned whether or not it would be stable enough to survive. Many critics in those days referred to the structure as “Burnham’s Folly” because they assumed the shape and height of the building would cause it to fall down. Newspapers in the area sent out articles of how the building could potentially create a dreadful wind-tunnel effect because it was at the intersection of two big streets.

Despite the wild stories, tourists and residents from all around wanted to admire the Flatiron Building when it was completed. The Flatiron was the most popular picture for the front of a postcard at the time. It was one of the most popular attractions in all of New York City.

The Fuller Company left the building in 1929, and for many years the Flatiron was empty. In the late 1990’s, the Flatiron thrived again and was the home of many shops, restaurants, and sightseeing expeditions. In modern day, the Flatiron beholds many publishing businesses and a few small shops on the bottom floor. People from all over the world still come to see the Flatiron building. It is one of the most popular tourist attractions in all of New York City still to this day.