The Richardson Olmstead Complex is a former asylum that first admitted patients in the 1880s when it opened as the Buffalo State Asylum for the Insane. The complex was placed on the National Register of Historic Places and named a National Historic Landmark in 1986. Architect Henry Hobson Richardson designed the building in conjunction with landscape architect Frederick Law Olmstead, who designed the surrounding grounds. This facility operated as a psychiatric hospital until the mid-1970s. In recent years, the site has been undergoing a process of revitalization and now features a new hotel/conference center called Hotel Henry and an architectural center, both of which occupy the main part of the old building with the iconic towers. The grounds have been revitalized as well and other tenants and uses of the complex continue to be explored. Private and public tours afford visitors the chance to see closed parts of the building and to learn about the site's history. 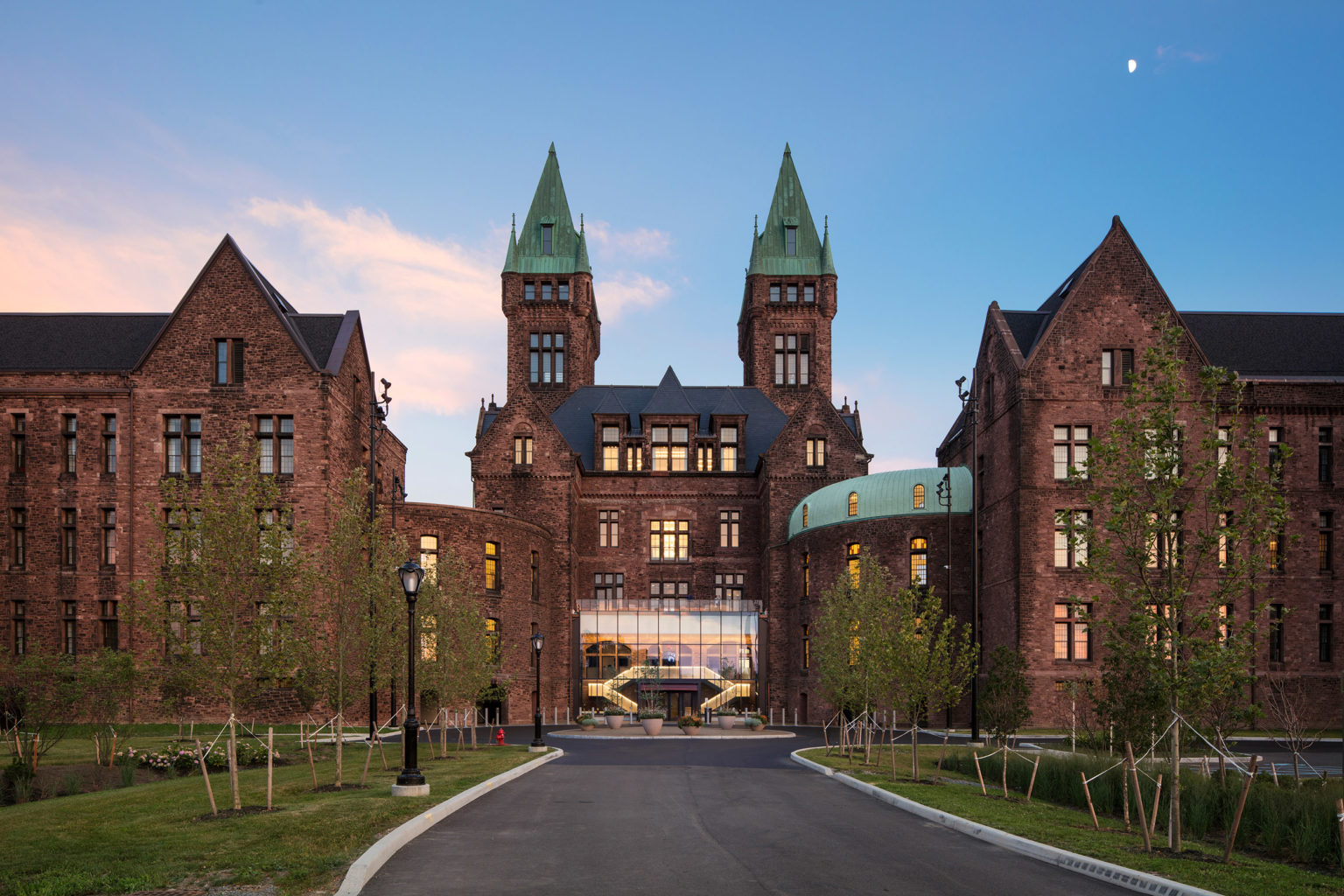 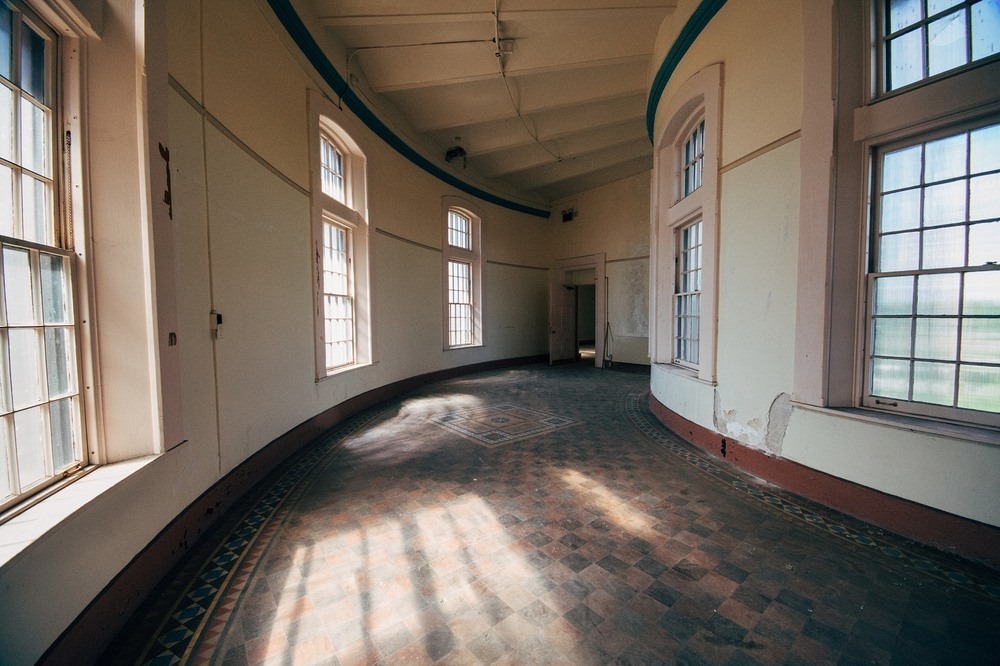 The Richardson Olmsted complex before renovation 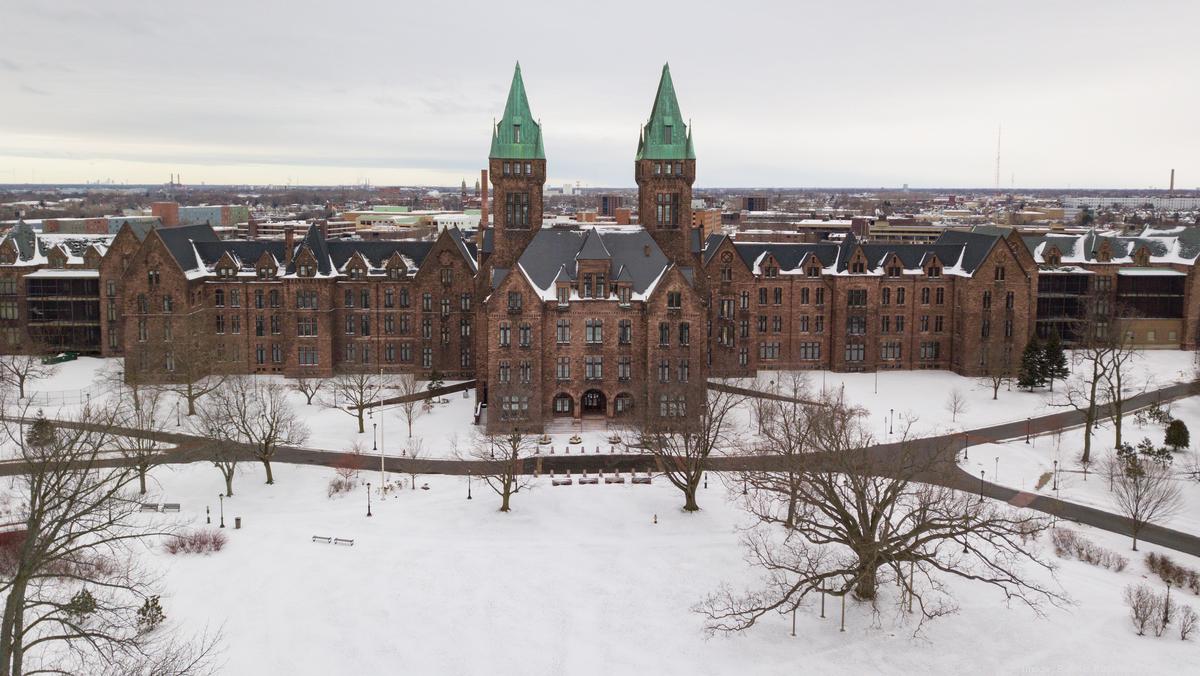 Originally known as the Buffalo State Asylum for the Insane, the Richardson Olmsted Complex was completed in 1895 after being under construction for more than twenty years. The buildings were designed by the acclaimed architect, Henry Hobson Richardson, while the grounds were designed by Frederick Law Olmsted. Encompassing more than 200 acres, the facility was considered state of the art at the time, incorporating many of the most modern ideas regarding the treatment of the mentally ill.

Built according to the philosophy of Dr. Thomas Kirkbride, who believed that outdoor activities were central to the treatment of the mentally ill, development of the grounds was a crucial part of the facility's design. Olmsted might have been chosen for the project because of his friendship with the architect, Henry Hobson Richardson, or the choice might have been based on the fact that both Olmsted and Calvert Vaux (together and separately) had designed the grounds for other mental institutions. Their design for the facility's grounds created an outdoor space of calm and respite which allowed patients not only to simply enjoy the grounds but to farm them, in some instances.

Likewise, the building itself was designed by Richardson to create a healthy, positive environment for patients. It was built in a V-shape and set an angle to maximize natural light. The building was also built with unique curved walls, which added to its aesthetic appeal but also served a practical purpose. They made it difficult for hallways to become crowded with hospital beds, a common problem at the time.

Over the years, however, the hospital and the grounds began to change for the worse. In 1927, Buffalo State College acquired half of the campus's grounds. By the mid-twentieth century, the hospital had become overcrowded, with its curved hallways--designed to prevent crowding--became packed with patients. In 1974, with much of the facility in disrepair, the hospital ceased treatment of patients, although it maintained administrative offices at the site. In recent years, the property, which was added to the National Register of Historic Places in 2013, has been renovated and transformed into a boutique hotel conference and event center.

The Long History of a Distinguished National Landmark. (2015). Retrieved December 2, 2015, from http://www.richardson-olmsted.com/learn/history.

Call for information about private and public tours.