Joseph Bryan, a grandnephew of frontiersman Daniel Boone, built Waveland in the late 1840s. The Greek Revival-style brick mansion replaced an earlier stone house built by Joseph’s father Daniel Bryan. The elder Bryan also constructed a gristmill, saltpeter, Blacksmith shop, distillery, paper mill, and gun shop on the 2,000-acre property along with a Baptist church and school for girls. Many of these outbuildings still stand alongside Waveland, named for the waves wind made in the nearby grain and hemp fields. The slave quarters were recreated after the local government took over the property in 1971 and opened it to visitors. Guests today can tour the property and learn about plantation life in the 1840s.

The front of the Waveland mansion

The back of the Waveland mansion 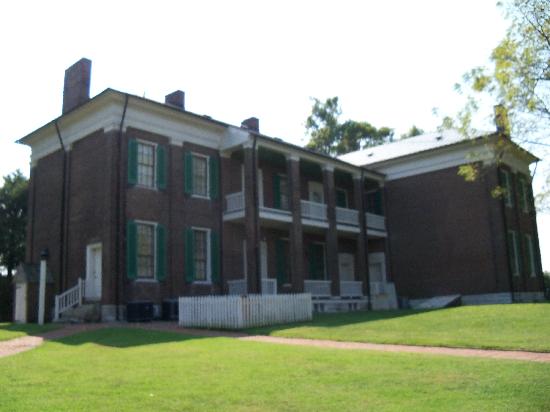 Inside a dining room in Waveland 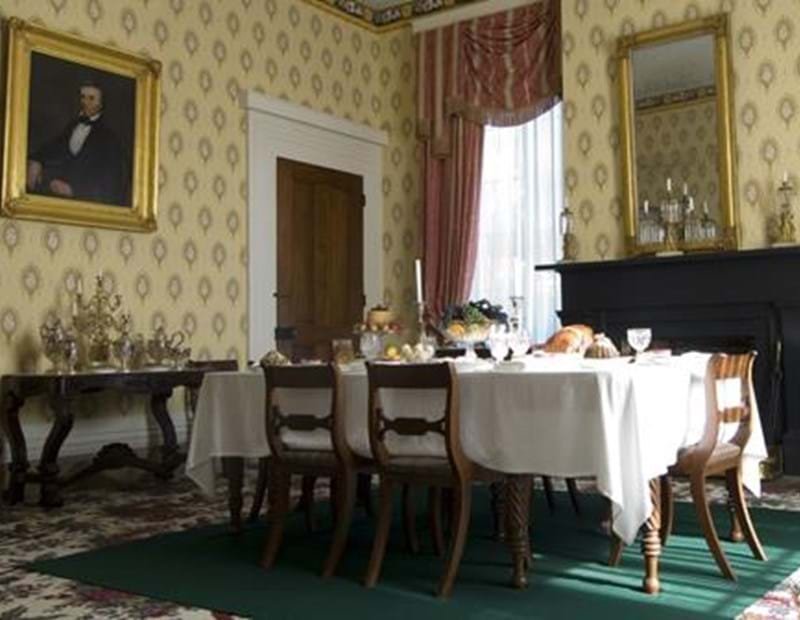 A bedroom inside Waveland 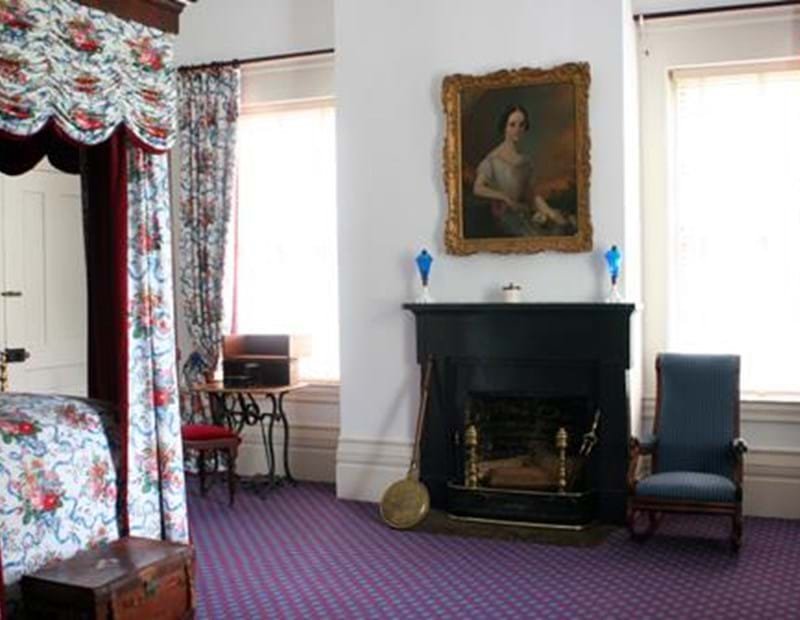 Joseph Bryan began the construction of Waveland two years after his father Daniel’s death, though sources differ whether this was 1845, 1847, or 1848. The mansion was designed by Lexington contractor Washington Allen. As much as possible, local resources were used for the project: nearby trees provided lumber, clay was dug and turned into bricks, and the on-site Blacksmith wrought iron. The completed structure was a textbook example of the Greek Revival style, with fourteen-foot-tall ceilings, Ionic columns, and a frieze copied from the north entrance to the Erechtheum at the Acropolis in Athens.

In 1887, Joseph Henry Bryan, Jr. inherited Waveland from his father. Joseph H. Bryan went on to transform the plantation into a thoroughbred and trotter farm. One of the most famous horses resulting from this endeavor was Wild Rake, which never lost a heat and was later purchased by William Rockefeller for $7,800. In 1894, Bryan sold Waveland to Sallie A. Scott, who sold it to Hames A. Hulett, Sr. five years later. The Commonwealth of Kentucky bought the property (then down-sized to less than 200 acres, one-tenth its original size) in 1956 for use as an experimental farm by the University of Kentucky College of Agriculture. After a year, the house became the Kentucky Life Museum, which educated visitors about life in Kentucky from the pioneering days through the Civil War.

In 1971, the University of Kentucky gave Waveland to the Kentucky Department of Parks. Today, the ten-acre property has been restored to represent life in the 1840s. In addition to the two-story brick mansion, visitors can tour the recreated slave quarters, icehouse, smokehouse, Blacksmith shop, print shop, barn, and other outbuildings. The grounds also feature gardens and orchards.