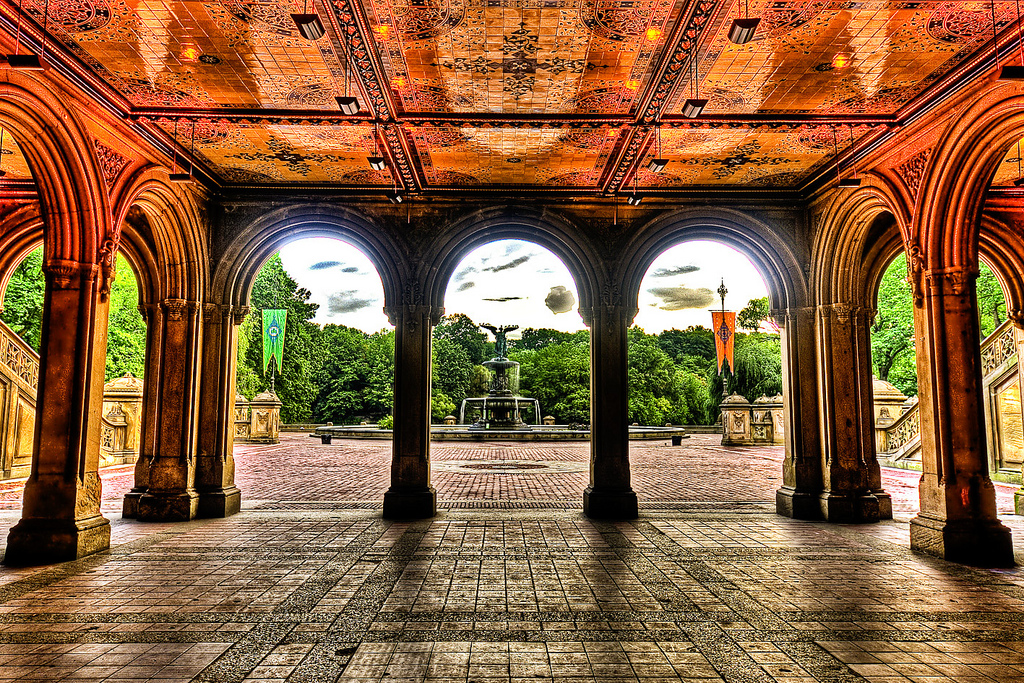 A view of Bethesda Terrace from the Mall 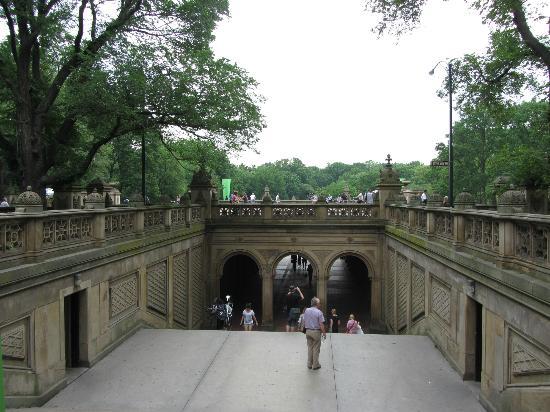 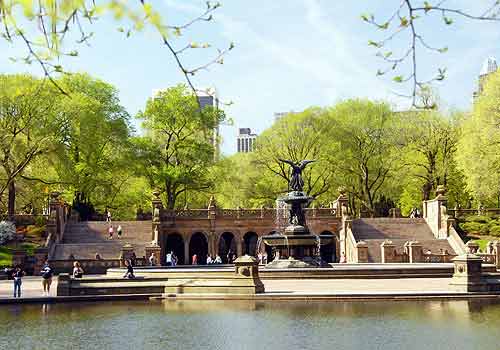 Located at 72nd Street Cross Drive, Bethesda Terrace, provides views of the woods and Central Park Lake. It was one of the first architectural structures to be built within Central Park. The construction of the terrace began in 1859, and it continued to be built throughout the years of the Civil War. The final structure was finished in 1863. Bethesda Terrace includes both an upper and a lower terrace. They are connected by two staircases on the sides, and a smaller staircase leading directly to the Mall, which is a long pathway that leads straight to the terrace.

The terrace was constructed from New Brunswick sandstone, Roman brink, and granite for the landings and steps. The upper terrace is on the side of 72nd street, and is the place where many tourists see the amazing views that Central Park has to offer. The lower terrace connects the Mall and views of the legendary Bethesda Fountain.

The designers of the terrace, Frederick Law Olmsted and Calvert Vaux, both agreed that their plan would include nature and not only architecture when designing the structure. The stated the terrace would be known as “the heart of the park”. Olmsted and Vaux imagined the terrace to be a place where visitors could experience all the nature around them while participating in social events. Bethesda Terrace was created to be a haven from the bustling New York City life.

Bethesda Terrace has changed in many different ways throughout the decades. In the 1960’s the terrace included a restaurant that fulfilled the wishes of the designers as a place for social events. In the 1970’s, it was used for a place for drug-trafficking before it was restored in the 1980’s by the Central Park Conservancy. Since the 1980’s only a few changes have been made to the Bethesda Terrace. Ornamental poles with medieval banners were added in the vista, and many old tiles have been replaced on the steps. Today, many people visit the Bethesda Terrace in hopes of seeing spectacular views, and hearing the sounds of the street performers coming from the lower terrace.