This Italianate-style home was built in 1870 for William B. Dawson. After Dawson defaulted on the loan, the home was purchased by John Deere. The industrial magnate purchased the home in 1875 and personally directed many of the efforts to expand the home to its present grandeur. After completing renovations in 1880, Deere lived in the home until his death in 1886. During this time, Deere led his company and developed many of the agricultural implements that would lead to the creation of the iconic John Deere company. However, Deere's original invention that led to his success, a plow designed for the hard soil of the Great Plains. was developed in 1837, long before he moved to this home. 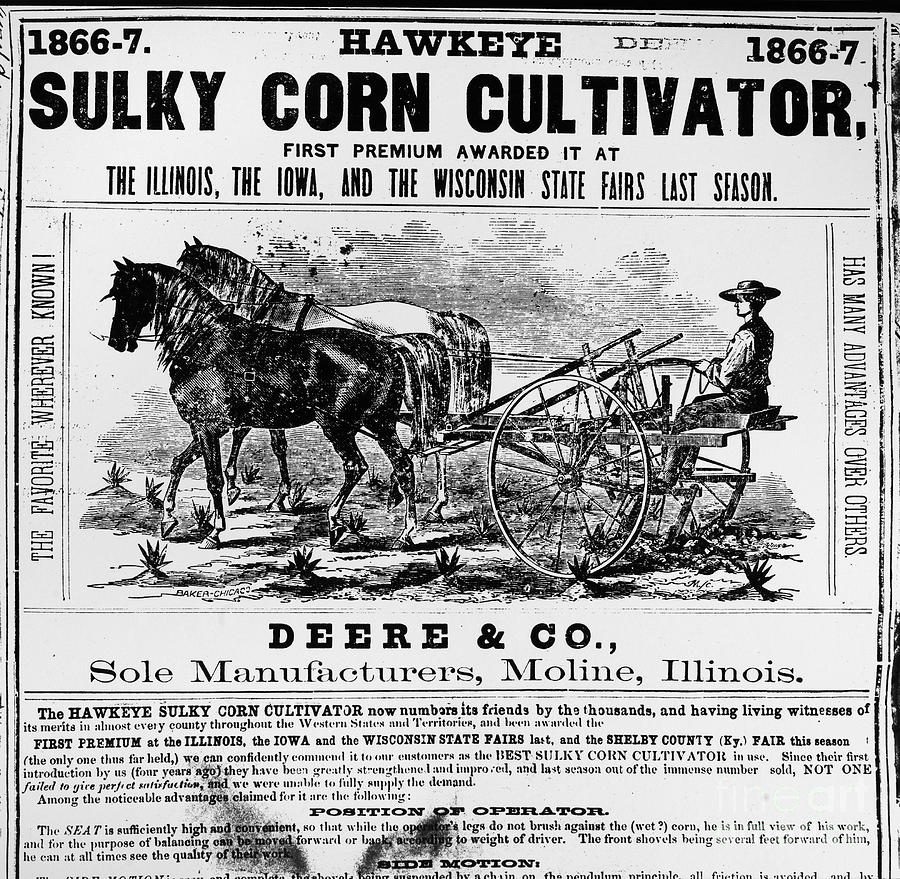 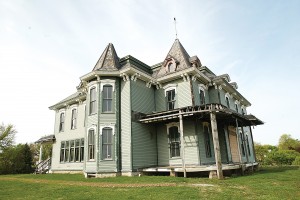 John Deere earned his fame during the period of western expansion. Recognizing that there had to be a better solution to simply fixing plows that broke as farmers attempted to plow the hard soil of the West, John Deere set to work to make a stronger plow. Without such a plow, Deere believed, homesteaders would be unable to farm in the West and the nation's expansion would cease. In the 1830s, Deere designed a new plow that utilized a curved design and polished steel.The curved design reduced the stress on the blade as it moved through the soil, while the hard steel Deere used was more durable.

Deere applied this same spirit of innovation to this home. For example, Deere connected the lower levels of the home with an air shaft connected to the lower parts of the property, allowing cooler air to circulate into the home. Deere also placed steel beams on the foundation of the home to provide more stability and brace against wind. After its completion, Deere named his 8,000 square foot estate Red Cliff.

Following the commercial success of his plow, Deere created the Hawkeye Riding Cultivator- the first of its kind. This cultivator may only have had "two horse power" but it was the harbinger of the modern tractor.

The Deere family sold the home in the early years of the Great Depression. The new owner divided the mansion into eleven apartments. Some of these apartments were later sub-divided, creating a total of sixteen low-rent apartments in the historic home. After fifty years of wear and tear typical to rental units, the home was in a state of disrepair. From the late 1980s to the present, several attempts have been made to restore the home and create a bed and breakfast or other viable business in the historic mansion.

The home is not currently open for tours or visitors.