The Indianapolis Scottish Rite Cathedral is the largest Scottish Rite Cathedral in the world. Built from 1927 to 1929, it is one of the city’s architectural masterpieces and boasts a 210 foot tower, marble structures, magnificent stained-glass windows, and a large ballroom and theatre. It is designed around the Masonic number 33 and cost around $2.5 million to construct. Today, more than 100,000 people visit the Cathedral annually to experience its beauty. 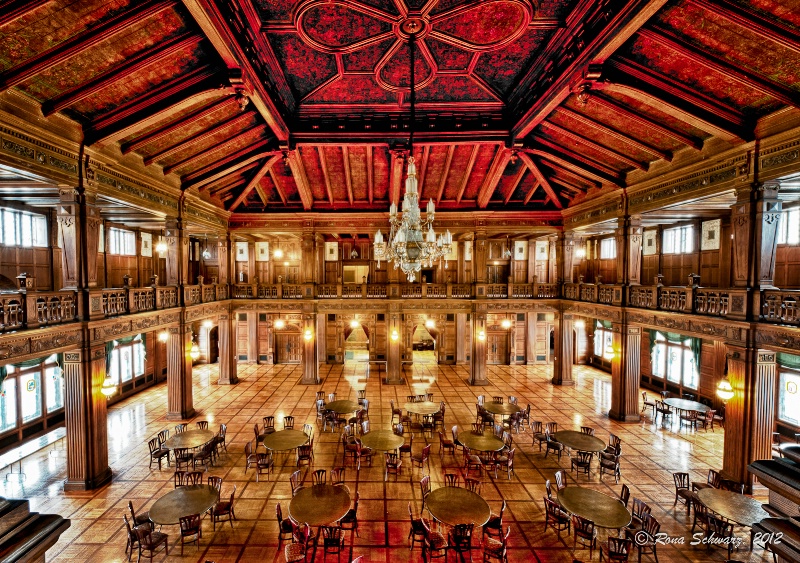 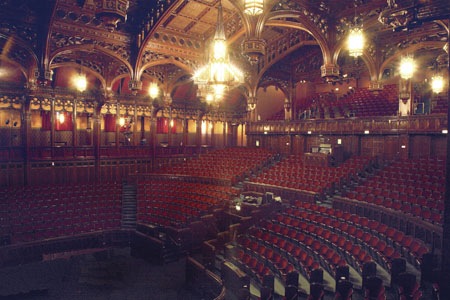 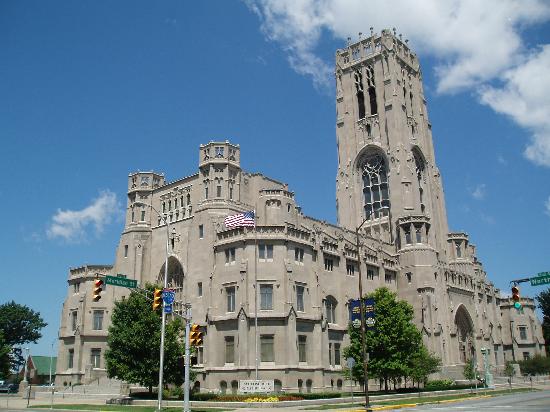 In 1924, the Scottish Rite’s Building Committee chose the design of architect George T. Schreiber (a member of the Scottish Rite Masonry) for their new Cathedral. Schreiber spent years drawing and perfecting the plans, but they were finally approved in January, 1927. The Cathedral was constructed between 1927 and 1929 for around $2.5 million and occupied one-half of a city block in Indianapolis. The building is laid out based on the number 33 – a significant number to Masons. Thirty-three represents Christ’s time on earth and the thirty-three degrees of Scottish Rite Masonry. All of the dimensions of the Cathedral involve 33 or multiples of 33: the pillars in the ballroom are set 33 feet apart, the building itself is 330 feet wide.

The Cathedral is acknowledged as one of the finest examples of Tudor Gothic architecture in the Midwest. At one time, the International Association of Architects labelled the Cathedral “one of the seven most beautiful buildings in the world." A 210 foot tower sits just behind the entry pavilion of the building, with octagonal towers on either side of the pavilion. The Cathedral boasts large stained-glass windows, external limestone, marble structures, numerous wall buttresses, and white oak and walnut woodwork.

The interior of the Cathedral was decorated by Henry L. Behrens, a local designer. Directly inside the main entrance is the Tiler’s Room: its marble floor represents the inner sacred place of King Solomon’s Temple. The Cathedral also holds a theatre, able to seat 1,200 people, and a large dining room in the basement. There are also numerous lodge rooms, libraries, and meeting rooms in the building. The main ballroom of the Cathedral is cushioned by a system of springs beneath the dance floor. The stunning ballroom is the backdrop to Taylor Swift’s music video, “Changes,” in which she sings in the middle of the dance floor.

Today, the Cathedral remains one of the architectural masterpieces of Indianapolis. More than 100,000 people visit every year and the ballroom is still rented out for large events.