Opened in 1989, the West Florida Railroad Museum is dedicated to preserving the history of railroading in Milton. It is located in the former Louisville and Nashville train station, which was built in 1909. It is listed on the National Register of Historic Places. The museum features many railroading-related items and artifacts as well as memorabilia. There is also a dining car, cabooses and other cars on the museum grounds. The dining car is available for rent for parties or other gatherings. 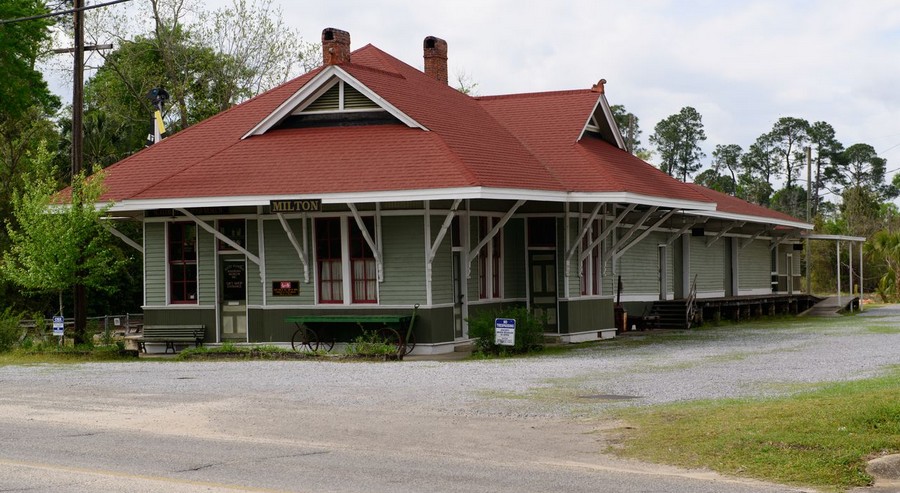 One of the L&N cars displayed on the museum grounds

Taken sometime before 1882, this photo shows the original depot. The irony of this photo is that is has the water barrels on the roof designed to protect the depot in case of fire. Courtesy the West Florida Railroad Museum. 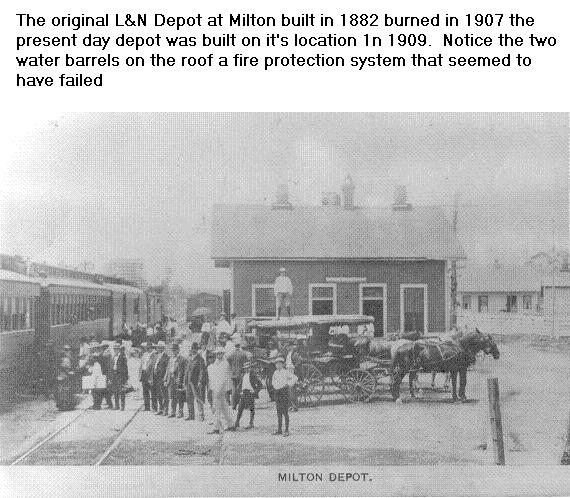 The station was built on the site of the first depot that was built in 1882. It burned down in 1907, prompting the construction of the current one. Passenger and freight service lasted until the mid 1960s. The Santa Rosa County Historical Society bought the station in 1975 and began to restore it.

10 a.m. to 3 p.m. each Friday and Saturday, or by appointment for tours