Joseph Newton "Jack" Daniel established this distillery in 1875, making this the oldest registered distillery in the United States and only one of two legal Tennessee distilleries that predate prohibition and are still in operation today. Daniel is believed to have been 29 years old at the time he established this distillery, although his precise age is unknown as records of his birth would have been destroyed in a courthouse fire. Daniel used water from a nearby underground spring to produce bourbon using a recipe he learned from Reverend Dan Call and techniques he learned from Nathan "Nearest Green, a master distiller who had endured slavery. Daniel was never married and had no children, so at the time of his passing, the business was given to nephew Lem Motlow who had been keeping the books for Daniel. The operation was then passed to Motlow's children upon his death in 1947. In an era when whiskey production was ubiquitous, Jack Daniels was known for his innovative advertising techniques. As a result, his brand name became and remains synonymous with Tennessee whiskey. 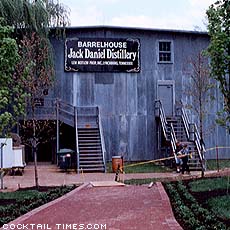 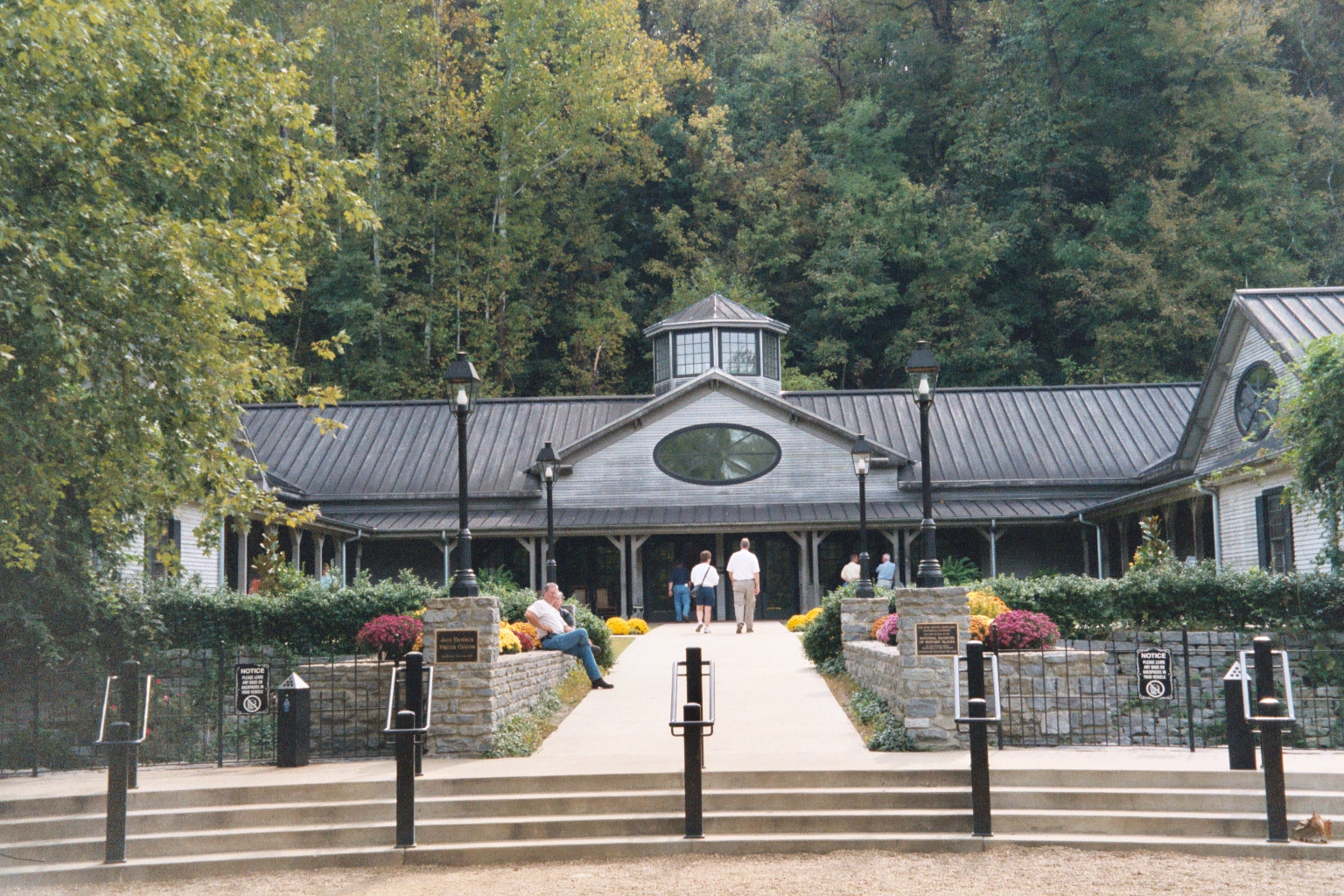 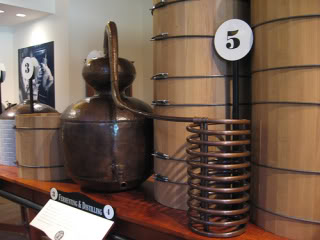 To learn more about bourbon in American history, click the link below for Gerald Carson's book from the University of Kentucky Press. 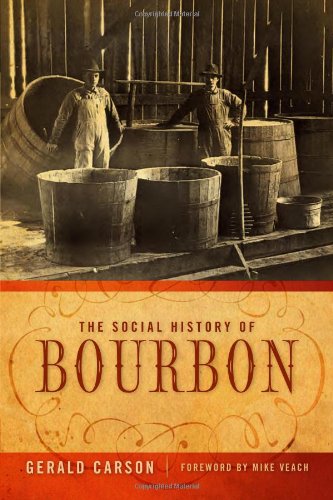 In 1850 Jasper “Jack” Newton Daniel was born on a Moore County farm to Calaway and Lucinda (Cook) Daniel. Jack was one of twelve children fathered by Calaway. When he was around twelve, two years after his mother died, his father decided Jack needed to learn a trade with his scant but basic education. Jack became an apprentice to a local Lutheran Minister, Reverend Dan Call, who ran a dry goods store in Lynchburg, Tennessee. In the 1860s, local stores offered everything that families needed to run a farm, business, or home. Correspondingly, the storekeeper had to attain many talents and skills to supply his clientele. Jack proved to be a quick learner with a shrewd head for business under the tutorage of Call.

Call’s best-known product was the whiskey he manufactured and sold. In the 1860’s whiskey-making generally followed ancient Scots-Irish traditions, aging only a few days and flavored with caramel to give it the iconic amber look. Call, however, developed his own system of distillation that made his brand unique. While others abandoned the timely and expensive “Lincoln County process” for quicker profits, Call was dedicated to the process—burning hard sugar maple to charcoal which the whiskey was filtered through. Call’s customers preferred his whiskey to others available in the region for its unique taste.

Call taught Jack his system and insights gained through experimentation and years of experience. When the Civil War engulfed Tennessee in 1861, Call and Jack, who was too young for the military, did their bests to keep the business going, causing Jack to transport whiskey as far south as Huntsville, Alabama. In 1863 a “Camp Meeting” featuring a fiery evangelist prompted Call’s congregation to give him an ultimatum—get rid of his distillery operation or resign his ministry. Reverend Call sold his business to his young associate.

Jack concentrated his time on the business and was a one-man show for a period of time until he was able to hire a couple of people to help him. Looking for a better place to locate his business, Jack found a tract of land in Lynchburg that featured a limestone cave and spring—the most valuable business tool Daniels purchased. As Daniels saw the Civil War coming to a close, he anticipated the Federal government’s tax on distillery operations and, at the age of 16, became the first to register his distillery with the United States government. Although he always despised the levied taxes on his products, his quick business move and growing popularity of the whiskey allowed him to avoid the Reconstruction politics that claimed many Tennessee businesses.

Daniels stayed on top of the industry and well-informed of the latest developments in the art of making whiskey. For his 21st birthday, Daniels went on a shopping spree, purchasing his now-iconic formal knee-length Black frock coat and broad-brimmed plater’s hat. Despite his success, Daniels remained humble according to Lynchburg residents; as late as 1880 the U.S. Census in Moore County classified his profession as “farmer.” Daniels was the first in Tennessee to utilize hot-air balloons as a promotional tool and was innovative with his advertising antics. He also issued commemorative bottles, generally sticking with his trademark square bottle.

However, as a distiller, Daniels experienced additional responsibilities. The political machines saw the whiskey industry fall in and out of favor with the changing powers of the state government. Generally, Daniels tried to tread the middle of the road politically while supporting those who guarded his interests. Most notable of the campaigns Daniels supported was the “War of the Roses”—the campaign for governor of Tennessee between Robert (Democrat) and Alfred (Republican) Taylor. Daniels supported Alfred Taylor by forming a band to liven frequently boring political rallies. In 1892, Daniels decided that Lynchburg needed an official town band and funded it with $227; the band, originally composed of thirteen members, gained fame and became known as Daniel’s Original Silver Cornet Band.

Daniels never married or had children, but included many members of his family into the business including his protégé nephew, Lem Motlow. With Metlow’s influence, Jack Daniel’s Whiskey entered and won the World Fair’s Gold Medal and the honor of being called the world’s best whiskey. In subsequent years, the whiskey won several other titles and honors. On October 9, 1911, Daniels died after complications from a gangrene infection that cost him his leg. Motlow carried the torch of Jack Daniel’s Whiskey and worked to increase its already significant success.

Production ceased in Tennessee in the early 1900s due to a state prohibition of alcohol (prior to the Volstead Act) and was not resumed until 1938, five years after the 18th Amendment was repealed. The repeal was due in part to Motlow's efforts as a Tennessee state senator. The production of whiskey was temporarily banned during World War II as part of an effort to preserve grain.

The U.S. government issued a report to Jack Daniel’s Distillery stating that Jack Daniels is officially designated as a Tennessee Whiskey, unique to bourbons, ryes, and other whiskeys. Jack Daniel’s Whiskey proved to be so popular that mobsters under the direction of Al Capone stole barrels of Jack Daniel’s Whiskey by draining the bottoms of the barrels. After 136 years of being home to the world’s most recognized distillery, the city of Lynchburg is still a dry city.

What makes Jack Daniel's Whiskey unique is the filtering process, which is through sugar maple charcoal chips before being placed in casks to begin the aging process. The company markets its bourbon as "Tennessee Whiskey." Even if there is no legal definition that classifies Tennessee Whiskey as something different from other kinds of straight bourbon whiskey, Jack Daniels and other whiskeys manufactured in Tennessee use this same filtering process that filters the product through charcoal made from sugar maple timbers.