The George Dickel Distillery is only one of two legal Tennessee distilleries that predate prohibition and are still in operation today. Dickel earned a reputation as a craftsman who believed that natural resources were essential to the production of bourbon. For this reason, Dickel chose Cascade Hallow for its unique water and its fertile land. The whiskey still bears the label “George A. Dickel & Company” followed by “Cascade Distillery” and their motto “Mellow as Moonlight.” Operations moved to Louisville, Kentucky, when Tennessee passed the Manufacturer’s Act in 1910. After the passage of the Eighteenth Amendment, whiskey production ceased but the company was able to resume production following the 21st Amendment which ended prohibition. Dickel’s whisky was manufactured in different locations before returning to Cascade Hollow where it is manufactured today. 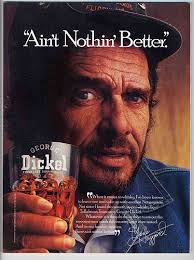 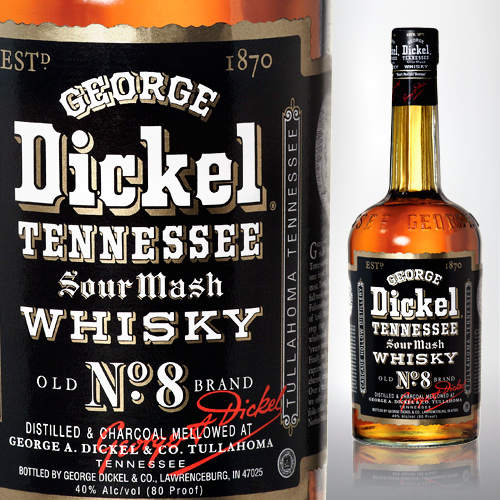 At the George Dickel Distillery 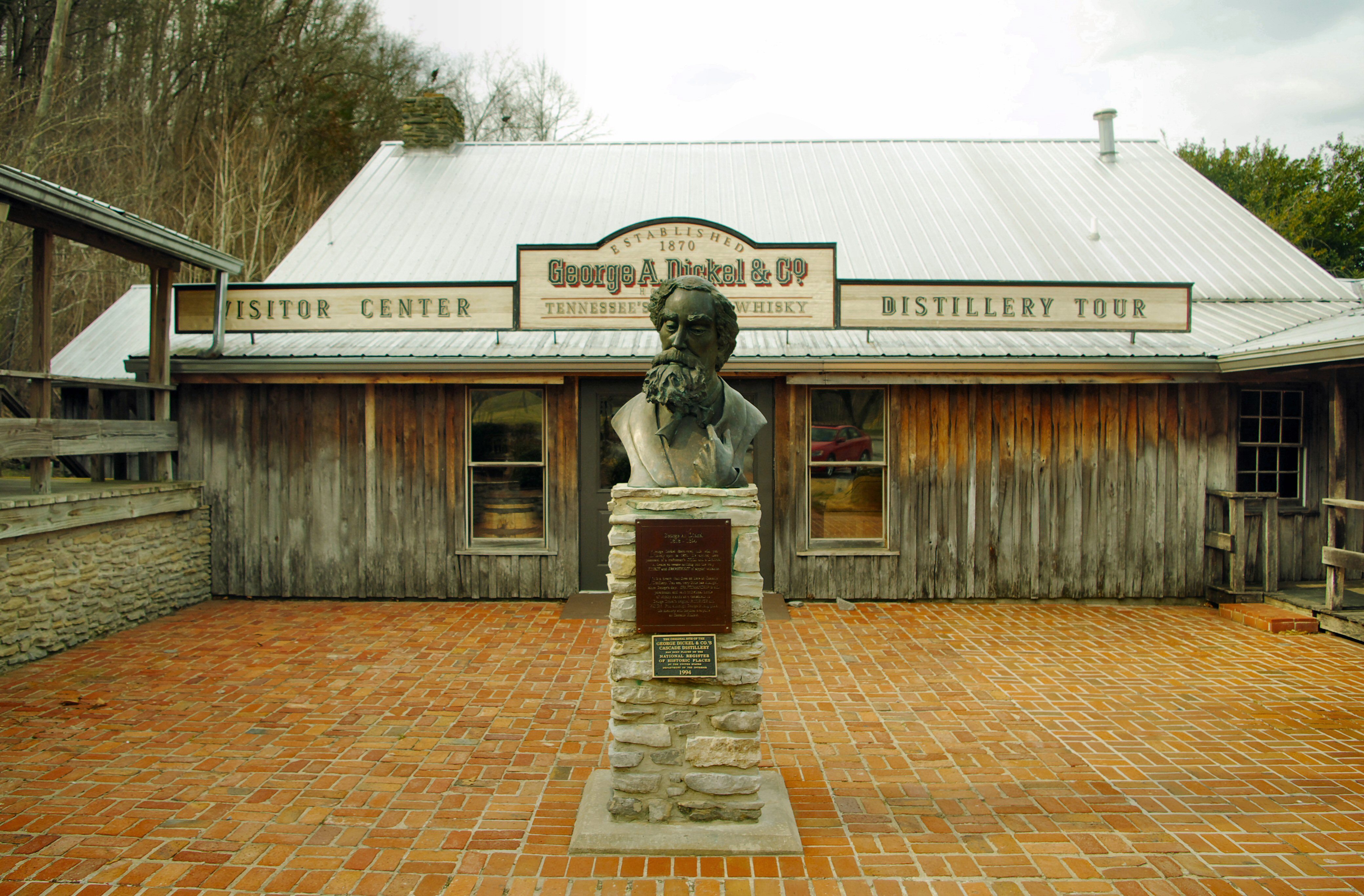 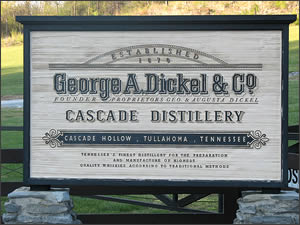 Born in Germany in 1818, George Dickel immigrated to the United States and settled in Tennessee in 1853 when he was 26 years old. A successful Nashville merchant, he began selling liquor in 1861 and opened a retail liquor store in 1866. In the late 1860’s he and his wife Augusta moved from Nashville to Cascade Hollow where the ancient limestone shelf yielded sweet, pure water and fertile surrounding land provided the grains that give Dickel’s whiskey its smooth, dry mellow palate. A distillery and liquor manufacturing license followed in 1884; the birth of “Cascade Tennessee Whisky” occurred in 1888.

Dickel had aspirations of concocting a unique whisky. Modeled Scottish whisky’s spelling (omitting the “e”), Dickel did indeed create Tennessee whisky—a separate whiskey category according to Federal regulation. In the process of “mellowing” the “harshness and “fire” that is usually present in whiskey is removed by filtering the whisky through charcoal. This process requires significant amounts of time, care, and knowledge by nature. A link under "Additional Information" explains the process in depth. Dickel experimented constantly to improve his whisky. He found that whisky made in the winter tasted much smoother than the whisky he made in the summer and began to only manufacture whisky in the winter months. Today, staying true to his vision, manufacturers chill the whisky before it goes over the charcoal in the mellowing process to manufacture it year-round. The whisky is aged up to twelve years in nearby warehouses with monthly samplings to ensure it is aging properly.

In 1888 George Dickel withdrew active participation in the business after he fell from his horse, compounding his already failing health; six years later, Dickel died. In 1894 George Dickel died after withdrawing active participation in the business six years prior due to failing health compounded with a fall from his horse. His wife Augusta guided the distillery to become the largest in Tennessee in 1904 against George’s will, which instructed her to sell his share to original business partner Shwabs. After Augusta’s death, Shwabs became the owners of the distillery.

Prohibition was enacted in Tennessee in 1910 with the passage of the Manufacturer’s Act, stopping the manufacture and sale of alcoholic beverages. The George Dickel Distillery moved from Cascade Hollow to Louisville, Kentucky, to produce whisky at the Stitzel Distillery until it too was closed in 1917 when Kentucky adopted prohibition. From 1919 to 1933 when the Eighteenth Amendment was enacted and later repealed, distillers nationally had to cease production legally. The Shwab family sold the trademark and recipe for the famous Casacade whisky to Schenley Industries in Kentucky. Customers complained that the whisky, manufactured with Kentucky water instead of Cascade Hollow water, was inferior although Schenley Industries used the same recipe.

Schenley Industries returned production to the birthplace of Casacade whisky—Coffee County, about one mile from the original Cascade Hollow location, and used the same sweet and pure Cascade branch water source. However, a special referendum was needed by the vote of Coffee County residents to allow the manufacture of whisky because Coffee County remained dry even after the repeal of the Eighteenth Amendment. Once Coffee County voters passed the legislation, Ralph L. Dupps of Schenley Industries began building the new distillery. By July 1959, the distillery produced its first mash—a mixture of grain, malt and water—and began the aging process of at least six years. In 1964 Cascade whisky was again on the market.

In 1994, the National Register of Historical Places added the Cascade Distillery site to its numbers for its archaeological significance to understanding the culture and process of the 19th century whisk(e)y industry of southern Middle Tennessee. Visitors can see the physical remains of the original still house and spring dam in addition to the distillery tour, visitor center and “George Dickel General Store.” Visitors can even mail a letter from the only working post office at any distillery in the United States.