The Walter E. Fernald State School dates back to 1848 with the establishment of the “Massachusetts School for the Feeble-Minded.” The school was later named in honor of Walter Fernald, the third Superintendent of the establishment and a proponent of Eugenics. The institution eventually grew to include a complex of over seventy buildings and housed nearly 2500 inmates at its peak. It was the oldest publicly-funded school for people with developmental disabilities in the United States until its closure in 2014. 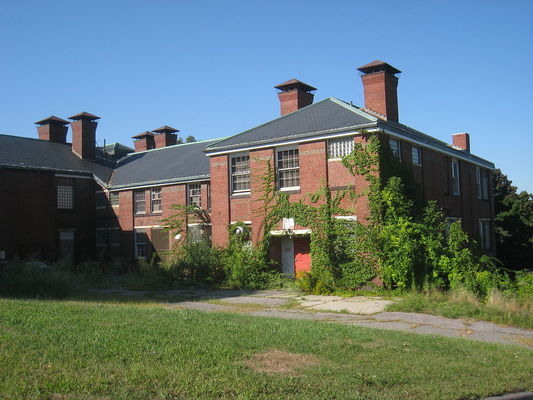 The school had a controversial past, due to the prevalence of methods that were once largely accepted such as radiation testing. One of the school's early leaders also dabbled in the pseudo-science of eugenics, a body of theories that proposed the study and gradual elimination of "inferior races" through sterilization. Despite these practices, the school also served as a home for children and others who society had rejected and many school officials cared deeply for those with developmental disabilities. In addition, some officials cooperated with investigations of the schools practices which led to new regulations that protected people with developmental disabilities in future generations. The facility was operated as the Walter E. Fernald Developmental Center until 2014.