The Bergstrom-Maher Museum of Glass is a known for their internationally recognized glass collections and exhibitions. Admission to the museum is free. A visitor to the museum can experience the four permanent glass exhibitions, as well as temporary exhibitions that vary throughout the year. 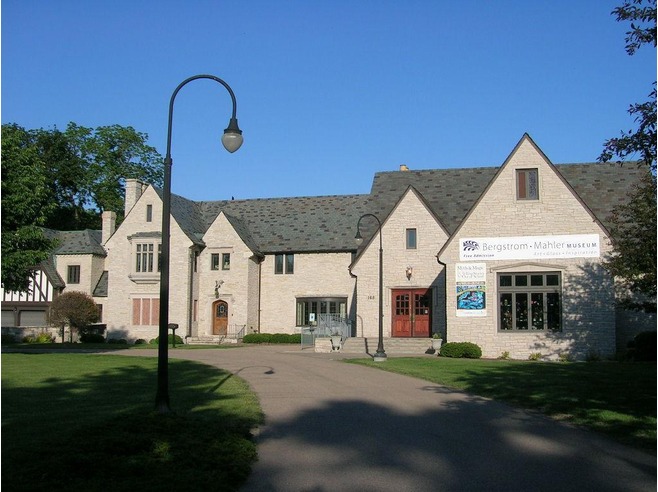 Evangeline's husband, John Nelson Bergstrom, along with his father, founded Bergstrom Paper Company in 1904. The couple gave back to the community in a number of ways, one may say it was apart of their legacy. During the beginning of the 20th century, Evangeline began collecting and researching paperweights. She became an expert on the subject, and began to gain recognition for her collection. Evangeline displayed her collection at museums, in magazines, and with anyone who happened to be interested. By the 1940s, she had acquired hundreds of paperweights, and published a book on the subject. After the death of her husband, the city of Neenah began plans for a museum to house Evangeline's collection with the money that her husband had left for that purpose. The Tudor mansion, built by the Bergstrom's, was dedicated as the home of the new museum.

Originally known as the John Nelson Bergstrom Art Center, the institution opened in 1959, with Evangeline being a founding member. The acquisitions of glass objects have grown beyond paper weights, and now number over 3,500 pieces. The museum was renamed after Ernst Mahler donated his adored Germanic glass collection that he had purchased for his wife in the 1930s. Today, the Bergstrom-Mahler Museum of Glass has expanded its collections beyond the founding paperweight collection that was so cherished by Evangeline Bergstrom.