Located on the southern tip of St. Mark’s National Wildlife Refuge, this historic lighthouse was built in 1831 to aid ships as they approached the port town of St. Mark’s through Apalachee Bay. The lighthouse is still active and, for that reason, it is not open to the public. However, due to the beauty of the surrounding area, visitors regularly tour the area around the lighthouse and use this historic landmark as the background for photographs of the area.

The lighthouse in earlier times. 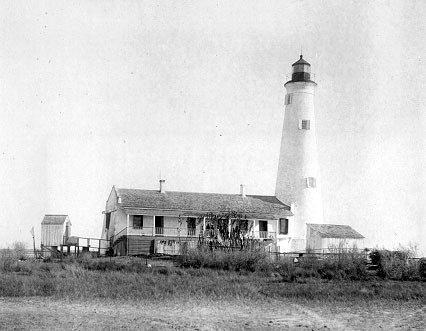 The lighthouse in more recent times. 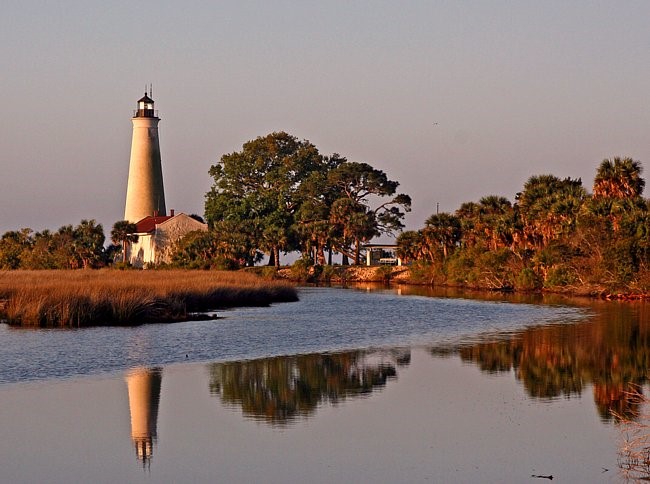 The lighthouse at sunset or sunrise. 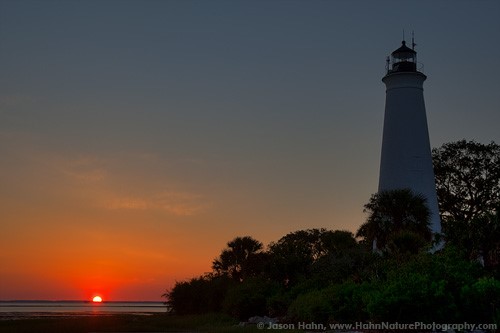 The original lighthouse was razed and rebuilt in 1842. This second lighthouse survived the devastating hurricane of 1843, which destroyed the nearby town of Port Leon. The lighthouse went dark during the Civil War and served as an observation platform for the Confederate Army to track Union naval and shipping activity in the Gulf of Mexico. It was again rebuilt after it was damaged during the Civil War and returned to service at the war’s conclusion.

Located about 25 miles south of Tallahassee, the lighthouse grounds contain an observation platform and historic marker, while the wildlife refuge provides numerous trails for visitors to enjoy. And every October, the refuge becomes a staging ground for thousands of monarch butterflies as they prepare for their long journey across the Gulf to their winter nesting grounds in Mexico.