The Haile Homestead, now a museum, is a historic former cotton plantation in Gainesville, Florida. The house on the property was built in 1856 by Thomas Evans and Serena Chestnut Haile. The plantation was large—1,500 acres—and worked on by up to at least 66 slaves. Some of these slaves built the house, which serves as a testament to their craftsmanship. The lives of the slaves are well documented and visitors can learn about them as they tour the home. Another interesting feature about the house are the so-called "talking walls"—12,500 words are written by Haile family members and their friends on the walls inside the house (the Hailes had frequent gatherings at the house and they invited them to write on the walls). The house is also known as "Kanapaha" which is an Indian word for "small thatched houses." The plantation was listed on the National Register of Historic Places in 1986.

The Haile Homestead plantation house was built in 1856. 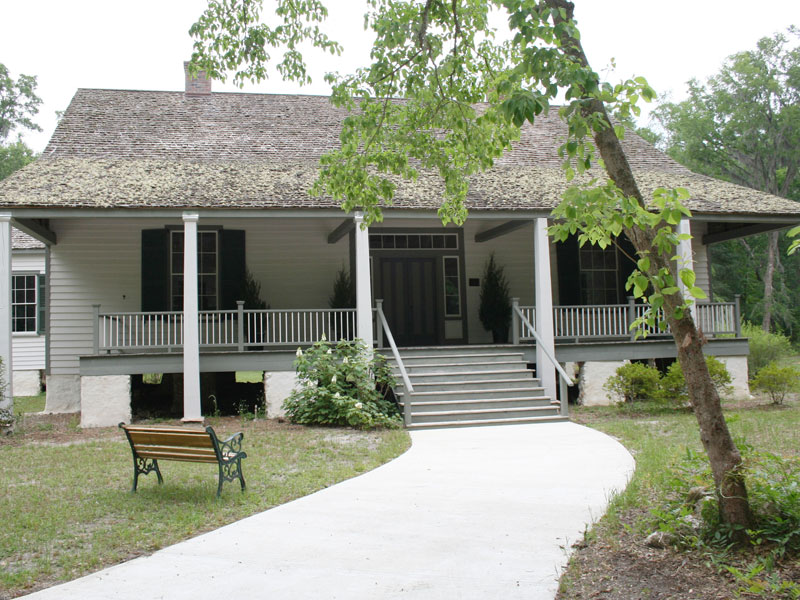 The Haile family lived in the house several decades but it was abandoned by the 1930s. A filmmaker rediscovered the house in the 1970s and filmed the movie "Gal Youngman" there. It was restored in 1996 and opened to the public in 2001. There is also a visitor center on the property.