Opening in 1801, the Howard Street Cemetery has more than 300 gravestones on site at the location. Most of the gravestones are in good condition, although some are missing and others have become unreadable with age. Inscriptions of the over 300 gravestones, including those that are unreadable, can be found at the Phillips Library of the Peabody Essex Museum. The Howard Street Cemetery was also the site of the execution of Giles Corey, one of those accused of witchcraft during the Salem Witch Trials. The Salem Dungeon and Jail used during the Salem Witch Trials was located next to the cemetery. 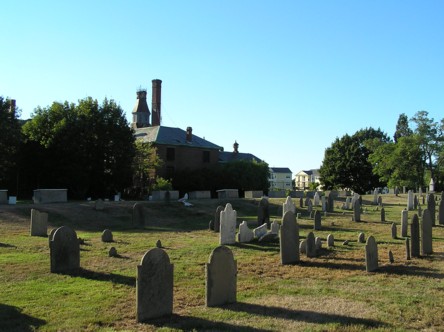 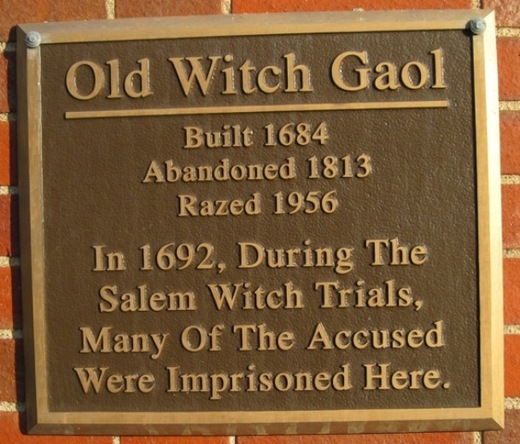 The Howard Street Cemetery was opened in 1801 located right next to the old Salem jailhouse. It used to go by the name of Branch Street Cemetery before it was renamed. It got the name from soldier John Howard, who served during the American Revolutionary War. A section of the cemetery is dedicated to the African-American population of Salem and one of the most notable names buried here is Prince Farmer. Farmer used to be a cook aboard a vessel and owner of his own business working as a oyster dealer before he died in 1852. Also buried here is Col. Samuel Carlton, who was with George Washington at Valley Forge. The last person buried in this cemetery dates back to 1953.

Giles Corey was a farmer from Salem Village who was arrested and executed for the crime of witchcraft during the Salem Witch Trials of 1692. In September 1692, Corey refused to plead innocent or guilty at arraignment and in an attempt to make him enter a plea, judges punished him with peine forte et dure, a form of torture in which the subject is pressed beneath an increasingly heavy load of stones. After days of the torture, Corey died on September 19 at the age of 81. He died after three days in total under those stones. Corey’s third wife, Martha, was also accused of witchcraft and was hanged just after her husband died.

The Salem Dungeon and Jail next to the cemetery was used to hold accused witches during the Salem Witch Trials of 1692. The witches were considered dangerous prisoners and thus were kept in the dungeon and chained to the walls. While in jail, three babies were born, Mercy Good, child of Sarah Good, the infant child of Elizabeth Scargen, and John Proctor III. Only John Proctor III survived, but all three mothers were given temporary reprieves due to their pregnancies. The jail was remodeled into a Victorian home in 1813 and was razed in 1956. A large brick building now stands on the spot of the old jail with a plaque dedicated to the “Old Witch Gaol.”