The Witch Dungeon Museum is located in downtown Salem, Massachusetts at 16 Lynde Street. It features a tour that includes a live reenactment of a case from the Salem witch trials of 1692 and a visit to the recreated Salem Dungeon showing different scenes of the witch hunt. Admission costs $10.00 for adults, $8.00 for children (4-13), and $9.00 for seniors (65+) as of the 2017 season. The live reenactment is a short dramatization of the trial of Elizabeth Proctor, including a jury composed of wax figures. The reenactment is adapted from historical transcripts of the actual trial. The Salem Dungeon is a reconstruction of the old jail which was used in the trials. The original dungeon was destroyed a long time ago. The various rooms in the dungeon are used to memorialize scenes from the witch trials. They portray torture, imprisonment, the pressing of Giles Corey, and the hangings. 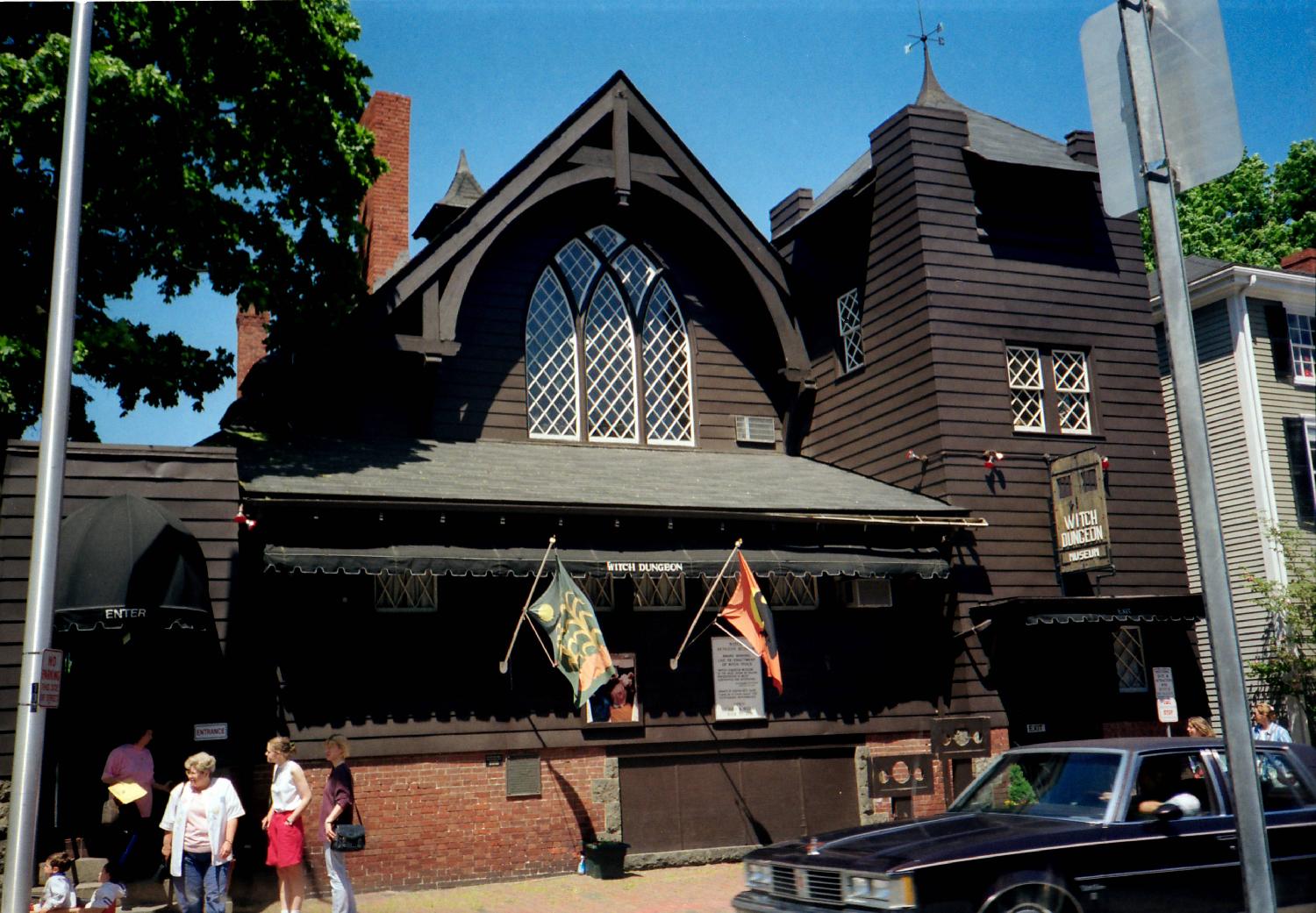 Reenactment of the Salem Witch Trials 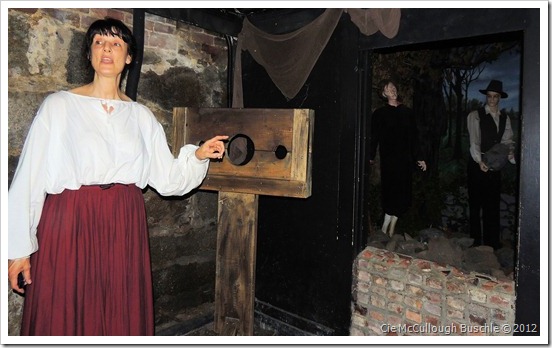 One of the placards displayed in the museum's courtroom. 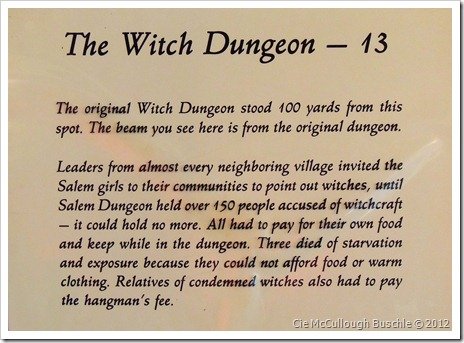 The Witch Dungeon Museum in Salem, Massachusetts takes its visitors back to a time in the colonial era, where accusations and injustice were rampant in the small village. After a quick story about what was going on at the time, the guests are taken into a small courtroom to witness a reenactment of the trial of Elizabeth Proctor, one of the women accused of witchcraft. The jury box is filled with a dozen wax figures. Only the prosecutor and the accused are live actors. According to several reviews, the actors are very entertaining and animated. The prosecutor fights off an invisible presence, while screaming “She has the devil's mark! She's biting me!!!” After the reenactment is over, the tour is led through a series of dark dungeon rooms.

The dungeon rooms are reproduced from artifacts found during archaeological digs at the site of the original dungeon. There were hundreds of men, women and children held in these “coffin cells” during the paranoia merely on the suspicion of witchcraft.  Some of the rooms depict scenes from the witch trials, including a representation of Giles Corey, the only person convicted of witchcraft who was executed by being pressed to death with stones.

Along the walls of the courtroom are several white placards like the one shown above.  They provide additional details about the trials and the dungeon that held the accused. Three of them died while being held in the dungeons below the courtroom, because they could not afford to pay for their own food or clothing.

A Brief Overview of the Witch Trials

The Salem Witch trials took place from 1692 to 1693. Nearly 200 people were accused of witchcraft during this time period. Twenty of the accused were convicted and executed – 19 by hanging and another was pressed to death by stones. The paranoia started when the new minister’s two young daughters and another girl began to experience violent fits of screaming and contortion. They blamed several local women for their bizarre behavior. There is speculation that it was easy to accuse someone of witchcraft, so others began to accuse neighbors and rivals as revenge. The witchcraft craze soon ended and the colony began to apologize to the families of those accused and executed. Salem is still synonymous with witches, paranoia, and mass injustice. There are several museums and historic sites commemorating the town’s curious past.