Shipyard workers constructed the USS Torsk (SS-423) at the Portsmouth Naval Shipyard in Kittery, Maine, in 1944. The submarine then served in the United States Navy for 24 years, and then it was a Naval Reserve Trainer in Washington, DC for three years. Today, the submarine is a museum and attraction in the Inner Harbor. Tourists flock to the submarine because it is one of two surviving Tench class Fleet Submarines in the United States.

The submarine is one of four historic battleships on display in the Inner Harbor. 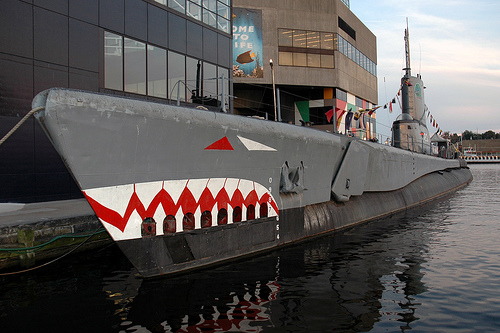 The Navy named the ship after the gadoid fish. During World War II, it was a common practice to name ships after fish. 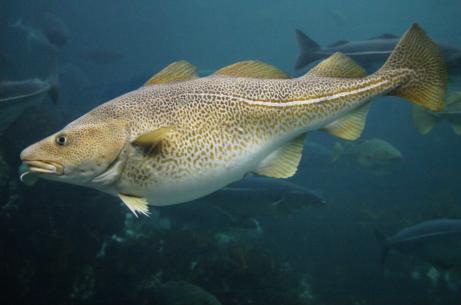 The port-side profile of the submarine

The shipyard workers at the Portsmouth Naval Shipyard completed construction of the submarine on June 7, 1944. Commander Bafford E. Llewellyn of the US Navy commissioned the ship on December 16, 1944. On December 31, 1944, the USS Torsk went out to sea for the first time. The Navy used the ship for training before it went to Fort Lauderdale, Florida. After spending several weeks in Fort Lauderdale, the submarine proceeded to the Panama Canal. On March 23, 1945, the submarine arrived in Pearl Harbor, Hawaii. This was the ship’s final stop before entering the Pacific War Zone on April 15, 945.

From April 15 to September 9, 1945, the USS Torsk engaged in two war patrols. The first war patrol began on April 15, 1945. During this patrol, the submarine served as a lifeguard for B-29 bombers that were raiding Japan. Torsk was stationed near the islands of Kii Suido and Honshu during these raids. Upon Torsk’s arrival, naval operations had sunk most of the targets, so the Torsk did not engage in heavy combat. In fact, the submarine fired torpedoes at two small boats, but the Torsk did not hit the targets. Thus, the attacks were unsuccessful for the submarine. Following the conclusion of the first war patrol on June 16, 1945, Torsk returned to Pearl Harbor for maintenance and upgrades. Naval technicians at Pearl Harbor installed a sonar detection system that allowed the Torsk to navigate around Japanese mines while being submerged.

Torsk’s second war patrol commenced on July 17, 1945, when it left Pearl Harbor. On August 01, 1945, the submarine arrived in Guam. After spending two days in Guam, USS Torsk advanced to the Sea of Japan. The Torsk was able to navigate through the Sea of Japan because of its sonar system that kept it from hitting mines. In fact, the submarine avoided numerous minefields in the Tsushima Strait on August 10, 1945. On August 11, the submarine rescued seven Japanese seamen. On August 12, USS Torsk experienced combat for the first time by sinking a small freighter. The action continued on the next day when the submarine shot two torpedoes at the Japanese cargo ship, Kaiho Maru. The ship sank immediately. On August 14, USS Torsk sunk two more ships, Coast Defense Vessel No. 13 and Coast Defense Vessel No. 47. These combat victories earned USS Torsk the distinctions of being the ship to fire the last torpedoes of World War II and the last submarine to sink Japanese combatant ships.

The USS Torsk arrived at the Submarine School in New London, Connecticut, on October 15, 1945. The Torsk served as a training ship, and sailors referred to her as the “divingest” submarine because of its ability to submerge quickly. The Torsk also participated in training sessions with the British, Italian, French, and Turkish militaries in the Mediterranean Sea. Following these training sessions, the Torsk returned to the Portsmouth Naval Shipyard, where naval mechanics converted it to a Fleet Snorkel submarine. This upgrade allowed it to move at much higher speeds. In 1968, the Torsk went to the Navy Yard in Washington, DC. Here the submarine served as a training vessel for the sailors stationed in DC. In 1972, Donald Stewart of the Maryland Naval Militia petitioned the Navy to transfer the submarine from Norfolk, Virginia to Baltimore, Maryland. Stewart wanted the submarine to serve as a museum in the Inner Harbor. Today, Donald Stewart’s petition has proven to be successful because thousands of tourists visit the submarine each year.