Built in 1865, the Canton Historical Museum began as a plow finishing factory. At its peak, it would turn out 100 plows a day. In 1924, it was transformed into a recreational building for its employees. It has now become a historical museums connecting the past and the present.

One of the railroad displays. 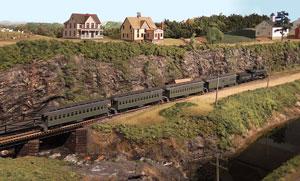 Another representation of the railroad. 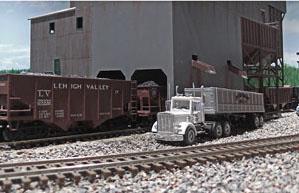 One of the Collins Company sword displays. 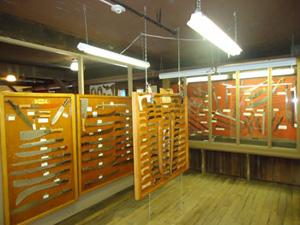 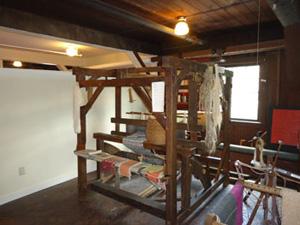 There are also rooms set up to show what life was like in the earlier years.  There is a room set up as a barbershop from the 1800s, a children's room, and a 1700s blacksmith.  They also have a wooden loom on display to show how cloth was made. You will also find, on display, an 1854 Button fire engine that was usually pulled by men.

The basement is dedicated to the display of the different farm plows and equipment that was created at the Collins Company, as well as band equipment that had been used by several bands throughout Canton's history.

On the second floor, there are displays of Native American artifacts that were found in Canton.  There is also a photography exhibit that is dedicated to a well known local photographer.

The third floor houses the Farmington Valley Railroad Society.  Here you will find two HO Scale model railroad train layouts.  The first layout is a detailed depiction of the town of Canton in the early 20th century. The second railroad is a representation of a typical New England Railroad and the towns and countrysides they went through.