Also known as the Battle of Pelham, the Battle of Pell's Point was fought on October 18th, 1776 between American and British/Hessian forces in what is now The Bronx in New York City. The battle was important as it led to George Washington's retreat from New Jersey into Pennsylvania.

Saint Paul's Church, which was used as a hospital for the British Army following the battle 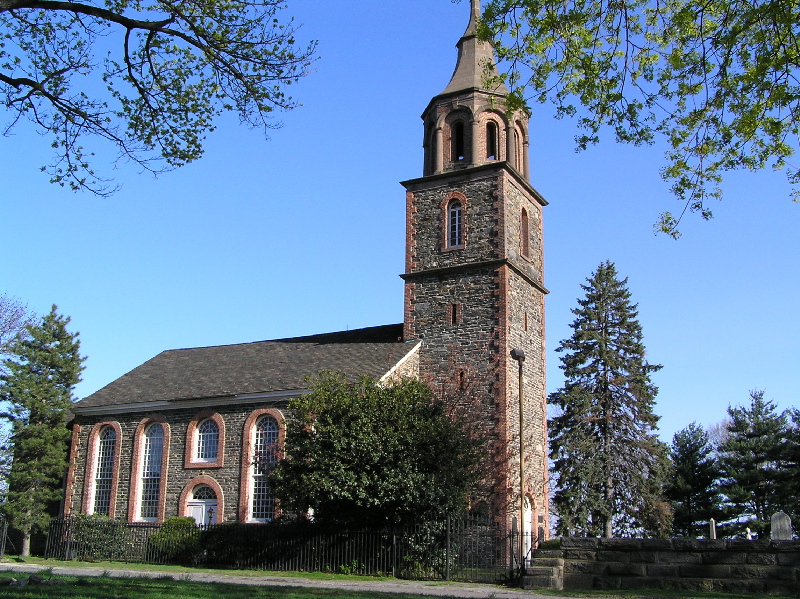 Map of Pell's Point as well as the surrounding areas 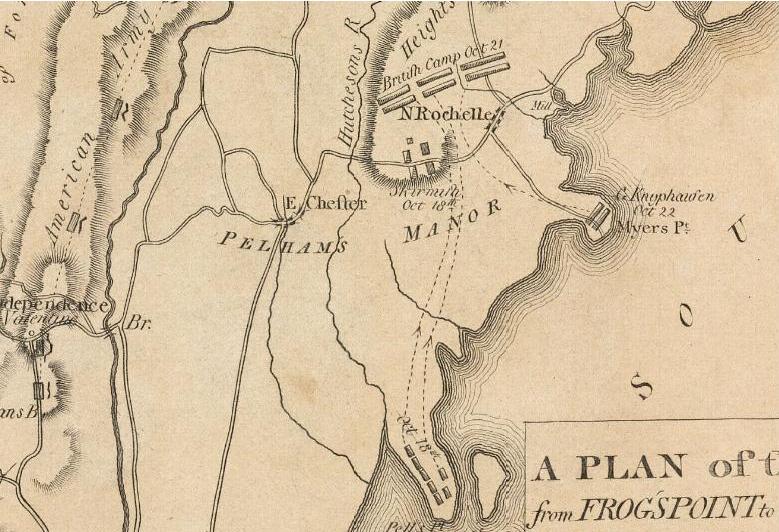 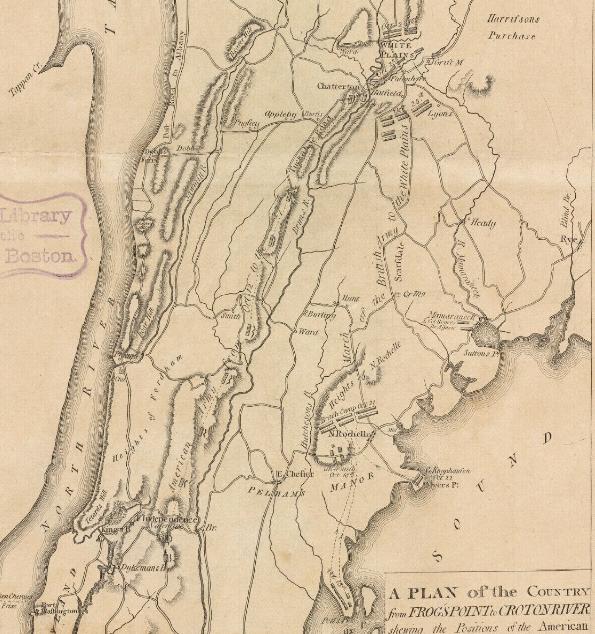 The forces of British Commander-in-Chief William Howe and American Commander-in-Chief George Washington were in a sort of stalemate in New York City, after meeting in numerous engagements, including the Battle of Harlem Heights. After planning for 26 days, Howe decided the best course of action would not be a frontal assault, but a flanking maneuver. Howe gathered a force of 4,000 men, the majority of which were Hessians, and sailed in ships up the East River, landing at Throg’s Neck, hoping to flank the Americans and pin them to the Hudson River. But Washington caught wind of the attack, and soon moved his army to White Plains, leaving a meager force to garrison Fort Washington.

The British force would arrive in two waves, the first of which would land at Throg’s neck on October 12. As they had landed on a marshy peninsula off the mainland, Howe’s troops would march westward toward King’s Bridge. About 25 American soldiers would meet Howe’s troops along the way at a bridge near Westchester Square, allowing the Patriots to move more troops into position.

At the dawn of October 18, Howe decided to transport his forces around Throg’s Neck to Pell’s Point. Another group, arranged in a columnn formation, would march overland from Westchester Square, from there ferrying across to Eastchester Baya. The only force opposing them was a 750 man garrison led by John Glover. Glover had already seen the British make their approach and set an ambush, setting his troops in staggered units, he instructed his men to hold their positions for as long as they could, and when they fall back the next unit in line would resume fighting. The ambush worked, with the British sustaining heavy casualties in the resulting skirmish, and had to fall back. Thirty minutes later, the British attacked full force with all they had, pounding the American positions with cannon fire while the British infantry advanced. but surprisingly, the cannons had little effect on the Americans, who were able to stop the British infantry advance with a volley of musket fire.

This back-and-forth battle took several hours, but the sheer number of the British forces began to overwhelm the Americans, and Glover finally gave the order to retreat across a bridge over the Hutchinson Stream. Howe and his forces did not pursue. Glover and his forces retreated to Yonkers, the Americans astoundingly only lost 8 men in the battle, and only 13 were wounded. Though the battle was a defeat for the Americans, many believe that their intent was never victory to begin with. The battle gave General Washington (who controlled the main body of the army) the time he need to escape Manhattan and move to White Plains. This battle sets an example of how the greatest militaristic triumphs need not come from sheer numbers and victories, but rather from the greatest strategies in picking which battles to give up.