President Spencer W. Kimball when he was called to the 12th Prophet-president of the LDS church in 1973

Andrew and Olive Kimball and children. Spencer is on his father's lap 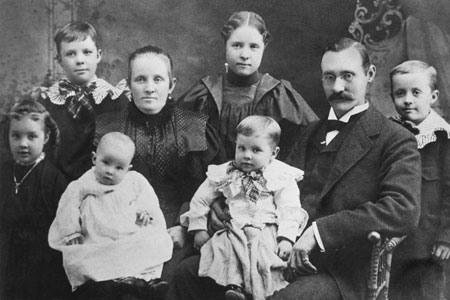 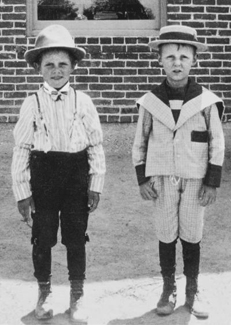 Spencer (middle) and his brother Gordon and Del on top a wagon working on family farm near home. 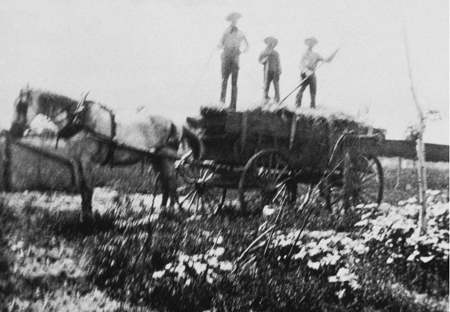 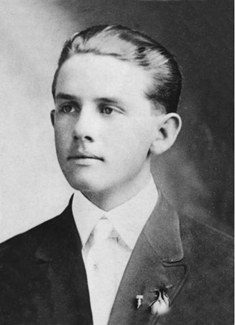 Engagement photo of Spencer and wife Camilla taken in AZ (1918) 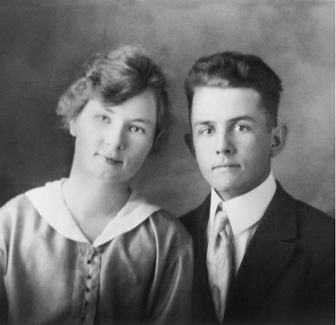 Home as it looks today 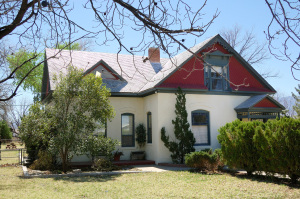 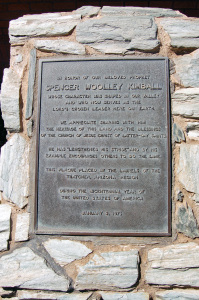 Thatcher canal near home where Kimball was baptized 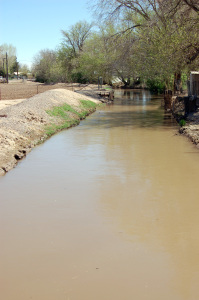 "Born in Salt Lake City in 1895, Spencer W. Kimball was the grandson of Church leaders Heber C. Kimball (paternal) and Edwin D. Woolley (maternal). His parents were Andrew and Olive Kimball. Young Spencer moved with his family to Thatcher, Arizona when he was two years old. His father was called to serve as stake president there.

This was the home in which Spencer W. Kimball lived from about the age of seven until his marriage at age twenty-two except the time he was away serving a mission. Young Spencer was living there when he received the devastating news that his mother had passed away. He was baptized in a nearby canal which is still in use today.

Spencer W. Kimball began married life in the Gila Valley where, over time, he became successful in business. H was eventually called to serve as stake president of the Mt. Graham Stake in 1938. He and his family left Arizona when he was called as a member of the Quorum of the Twelve Apostles in 1943. Elder Kimball was called at the same time as Ezra Taft Benson who would eventually succeed him as president of the Church. Given seniority, President Kimball served as the twelfth president of the Church of Jesus Christ of Latter-day Saints from 1973-1985.

His mother, father, and step-mother are buried in a family plot in Thatcher. The Thatcher, Arizona home is extant and privately owned."