A maker is all that remains where on this site the LDS/Mormon church had constructed as used from 1864-66. This outfitting station was used by the Saints traveling to the Salt Lake Valley after landing on the east coast from their homes in Europe. After disembarking, the pioneers would travel overland towards this site by the Missouri River, or head to New Orleans and then travel up from there. This station was one of many constructed by the LDS church so that once members reached the station, they could be outfitted for the rest of the journey west. With the completion of the transcontinental railroad, there became no need for such stations and they were closed down. 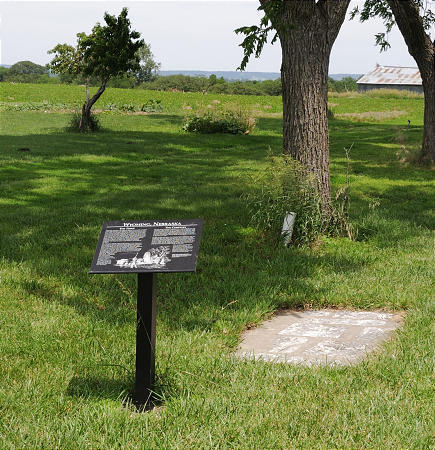 Close up photo of the marker for the outfitting station 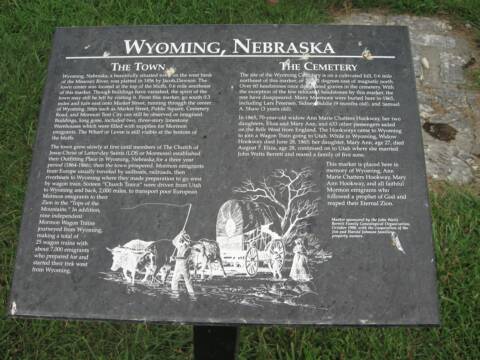 Close up of the headstones that remain 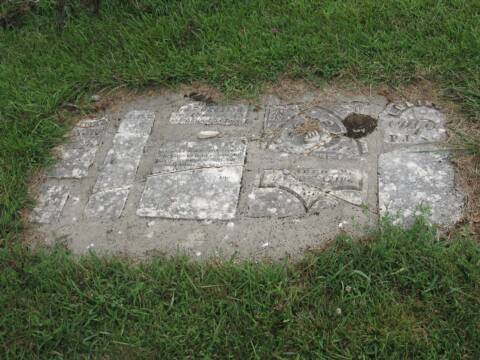 "Between 1864 and 1866, Mormon immigrants coming from Europe and elsewhere would begin the overland trip west at an outfitting station in eastern Nebraska known as Wyoming. Wagons from the Utah Territory would meet these travelers on the west bank of the Missouri River, load their possessions and head west. Accommodating hundreds of wagons and oxen with needed supplies, along with complications presented by poor communication and the Civil War, was a great logistical challenge. After three seasons at the Wyoming site, different methods were used to get the Saints west. In particular, the completion of the transcontinental railroad eventually led to the end of travel by covered wagon. Today, the site of Wyoming, Neb., is a privately owned farm."

The station grounds were also used as a cemetery for those Saints that died in the area. The marker sits next to some of the headstones that remain after the Old Wyoming Cemetery, as it was then called, moved to a nearby location.