Battle of the Bulls

On this site on December 11, 1846, the Mormon Battalion encountered the only action it would have during its almost two years of existence during the Mexican War. The "action" was against a large of number of wild bulls charged the Battalion's camp in the Arizona desert. 3 men were injured, no deaths (except for at least 9 bulls). This "battle" was a testament to the Prophet Brigham Young, who had prophesied that if the men of the Battalion kept the faith, obeyed their leaders and maintained righteous behaviors, not only would they never see action (in terms of exchanging gunfire with an opposing force), no member of the battalion would be killed in action. The marker for the battle is the only thing that remains. Site sits near the border with Mexico.

San Pedro River, near maker. Here the Battalion encamped before being charged by the wild bulls 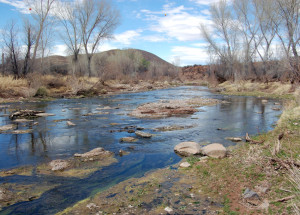 Battle of the Bulls marker 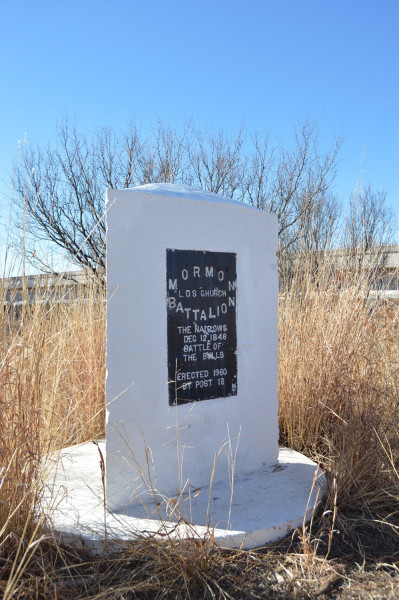 A poem about the "battle" by Battalion member, Levi Hancock. Courtesy of the Arizona Historical Society 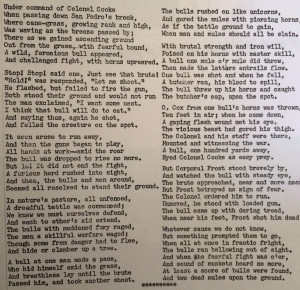 "In December 1846 the Mormon Battalion followed the San Pedro River north from the U.S. border with Mexico in what is now Cochise County, Arizona. The change in the landscape provided water, firewood, and meat from numerous cattle roaming the area. On the 11th, the battalion had its only major “battle” of their journey when a number of wild bulls charged and a dusty, chaotic melee ensued. “The rampaging bulls charged on and on. There was great confusion and fear.” At least three men of the battalion were injured, three mules were gored to death and some of the wagons had been overturned. At least nine of the bulls were killed by members of the battalion.

Reports do not state the reason for the attack with certainty. Following the excitement, the group traveled along the San Pedro for a short while and camped for the night."