This large bronze piece depicts Daniel Webster (1782–1852), the 19th century statesman known for his eloquence and excellent oratory skills. The sculptor, Thomas Ball, created a bust of Webster shortly before Webster passed away. This bust was so successful that Ball moved on to creating statuette of the figure. In the 1870s, Gordon W. Burnham requested that Ball make a larger-than-life-size version of the statue for Central Park. 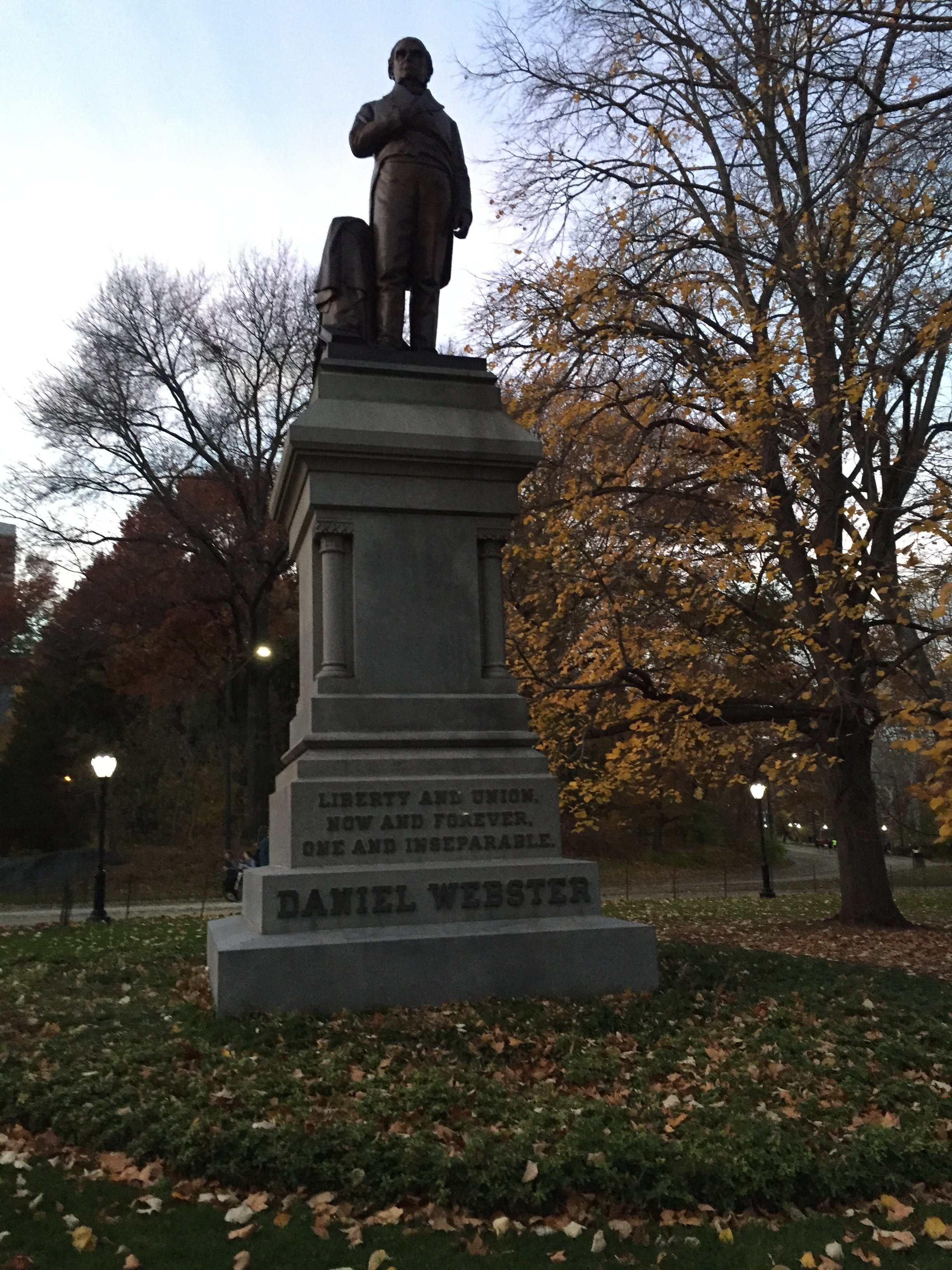 Text on front of monuement 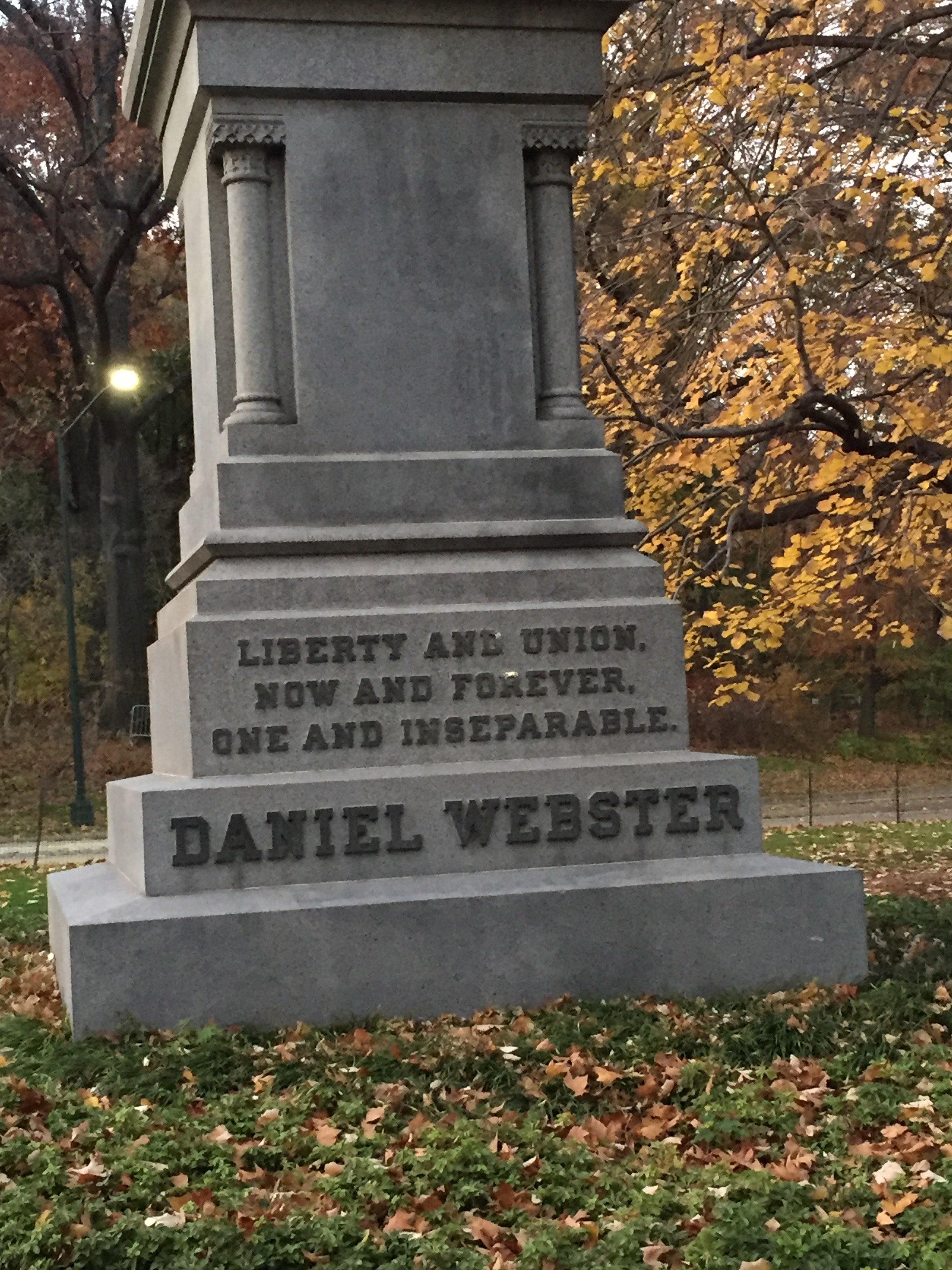 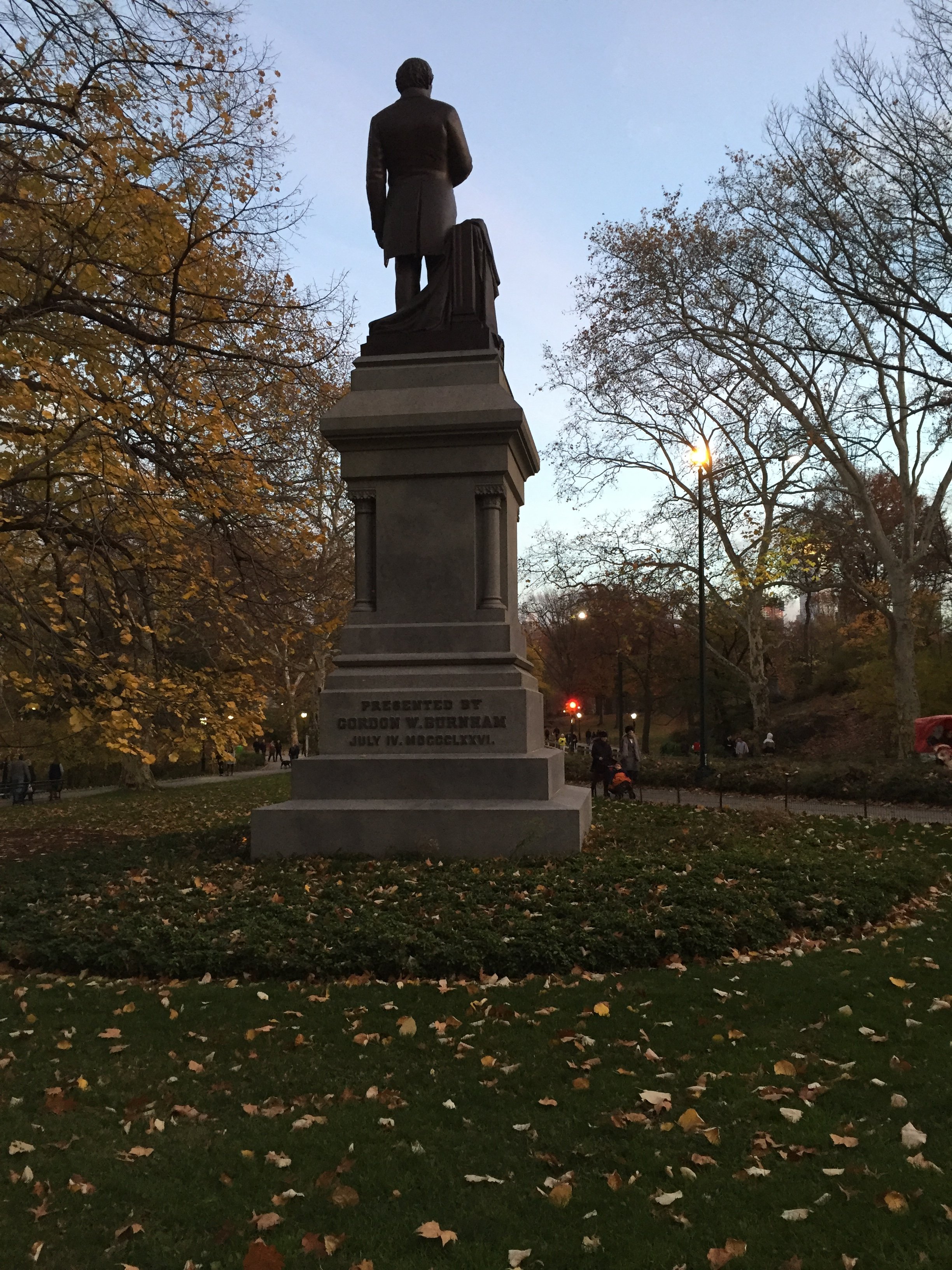 Text on back of monument 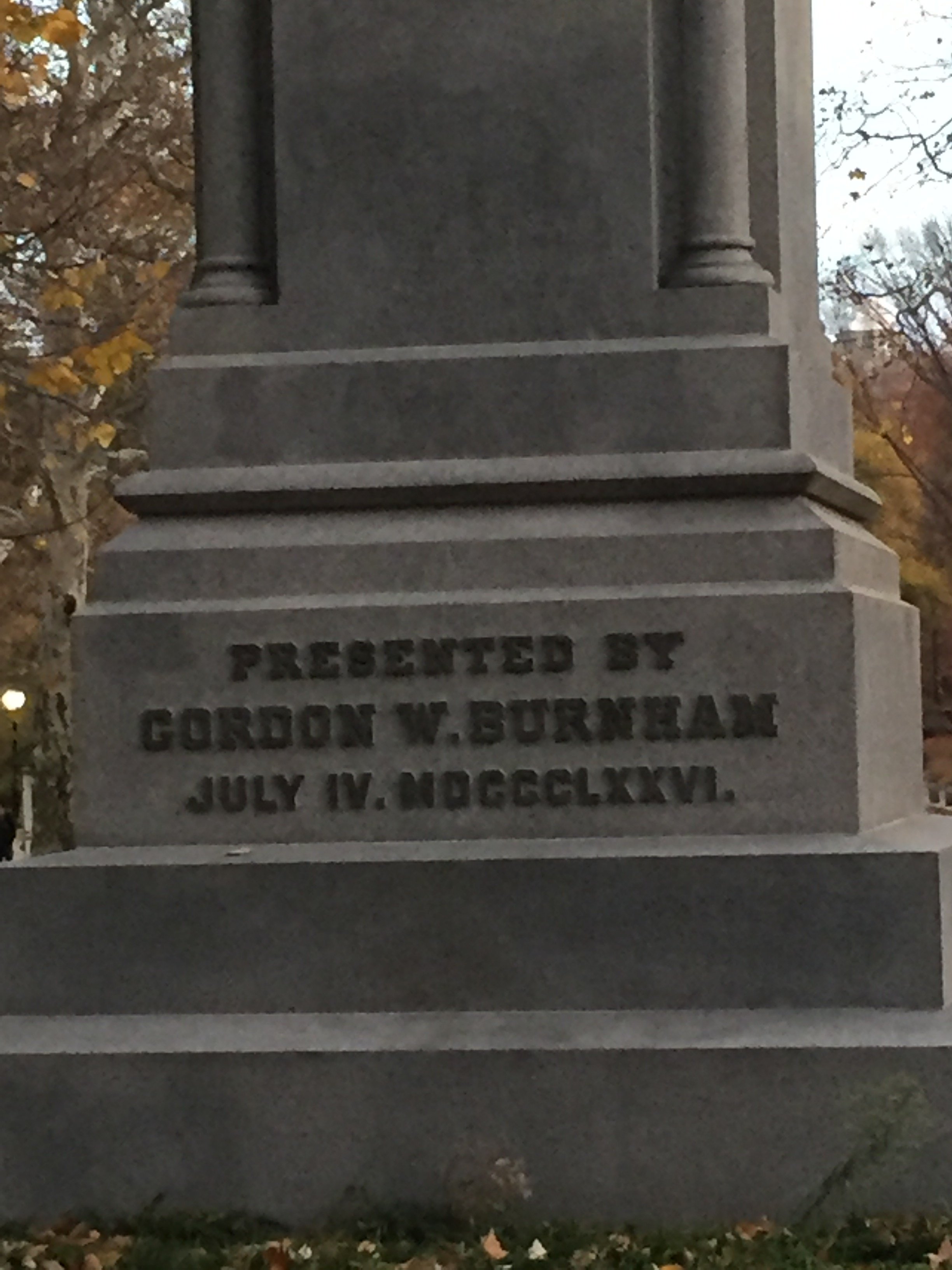 Daniel Webster was born in New Hampshire in 1782. Webster studied law at Dartmouth. He became involved in politics and served as a U.S. Congressman from 1813 to 1817. After moving to Boston in 1816, Webster returned to the House of Representatives in 1823, developing his reputation as one of the nation’s finest orators (public speaker). Webster then moved to the Senate in 1827. Then, he was appointed the United States Secretary of State under President John Tyler. He was considered as a man who wanted a strong federal government.

Webster opposed the War of 1812. He believed that nullification is the best way to deal with this problem. He also wanted to make the United States' economy prosper. He tried to do so with the help of others by imposing tariffs, improving transportation, and creating a national bank.

Even though he was born in a free state, Massachusetts, Webster was a staunch supporter of the Compromise of 1850. He declared this compromise as "Union-saving". He believed that no law was needed to prohibit or limit slavery. This compromise introduced the Fugitive Slave Law which stated that all runaway slaves be returned to their masters and the compromise also allowed newly acquired territories in the west the right to decide whether or not to embrace slavery. Many abolitionists from New England were angered by Webster's support.

Other than the Compromise of 1850, Webster was very successful in office due to his incredible orating skills. His most notable achievement was the negotiation of the Webster-Ashburton Treaty, which settled a long-standing dispute over the Maine and New Brunswick boundary. This ended a threat of war between Great Britain and the United States. Webster would also commemorate historical events such as the landing of the Pilgrims or the Battle of Bunker Hill. These actions portrayed his nationalism and conservatism.

Webster tried to run for president but was unsuccessful. He ran against Henry Clay for the leadership of the Whig party. However, he did not receive presidential nomination from any states except from Massachusetts. Whigs generally considered him unavailable because of his association with the Bank of United States and with Boston.

Despite his large income, Webster remained constantly in debt as a result of high expense living, unfortunate land speculations, huge expenses as a farmer. He died in 1852.

The monument was finished on November 25, 1876, depicting Webster on a pedestal. It contains an inscription saying: "LIBERTY AND UNION, NOW AND FOREVER, ONE AND INSEPARABLE. DANIEL WEBSTER "