George Washington and the Battle of Brooklyn Historic Marker

From this location at present-day Court and Atlantic, General George Washington witnessed the tides of battle swing in favor of the British during the Battle of Brooklyn. After the rebel's successful siege at Boston, this battle was both the first major action of Washington's hastily organized army, and the first attempt to defend an "American" city against a foreign invader. British commanders began their offensive by occupying sparsely-populated Staten Island and using this as a staging ground to launch their attack on American forces in Brooklyn. After some initial success, the American defenders were simply overwhelmed. Watching his men suffer under the full weight of the British offensive, General Washington reportedly cried out: “Good God! What brave fellows I must this day lose!”

This historic marker is located near the front entrance of Trader Joe's. 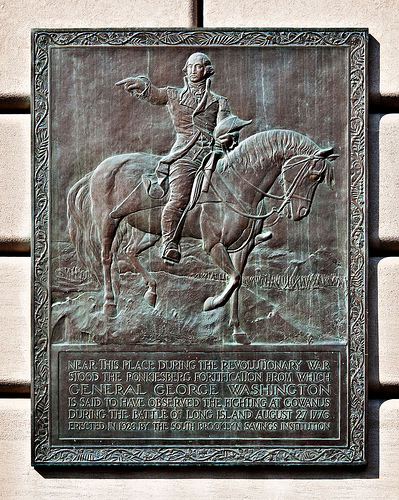 Barnet Schecter, The Battle for New York-learn more about this book by clicking the link below. 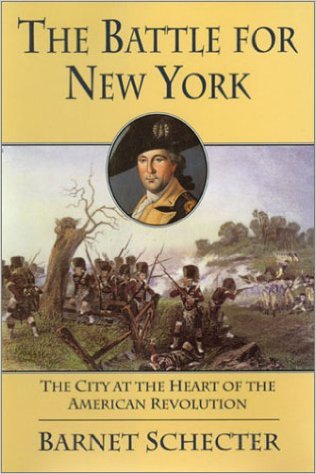