Nicodemus National Historic Site preserves the history of the earliest town established west of the Mississippi River, by African Americans. Nicodemus was named for the first Black man to purchase his freedom, and within a biblical context, has the double-meaning of rebirth. After it became clear that the end of slavery would not lead to economic liberation, the town came to represent hope for many Black Southerners. Many African American religious leaders worked with both white and Black entrepreneurs to establish the town of Nicodemus. Seeking the opportunity to purchase land and secure the independence of land ownership, the original settlers of Nicodemus arrived from the South in 1877, just two years prior to the wave of approximately 20,000 “Exodusters” who abandoned the South for Kansas and other Midwestern states, between 1879 and 1880. The town grew rapidly, but after Nicodemus was bypassed by the railroad expansion, it became difficult to maintain an agricultural community. Still, for many generations, families in the town persisted, and Nicodemus remains the oldest Black town west of the Mississippi. 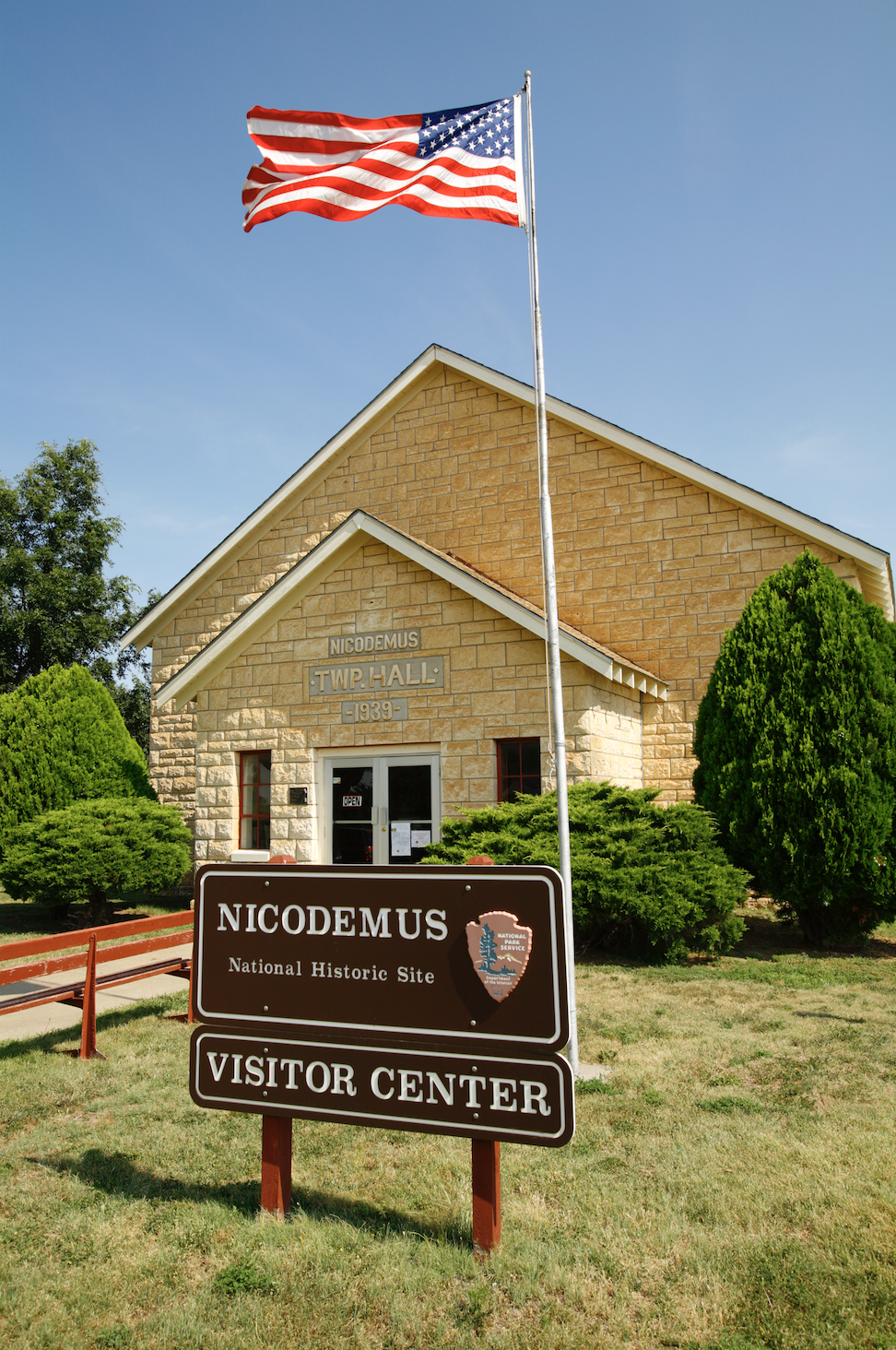 Photo from the Nicodemus Homecoming in 2016 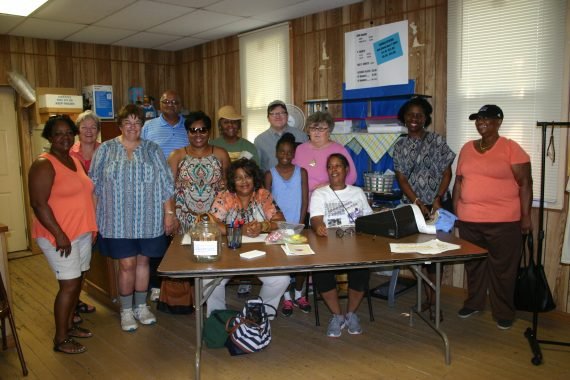 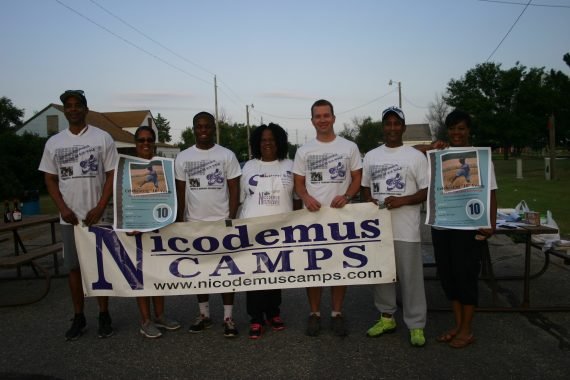 The American Legion passing through the 2017 Nicodemus Homecoming Parade. 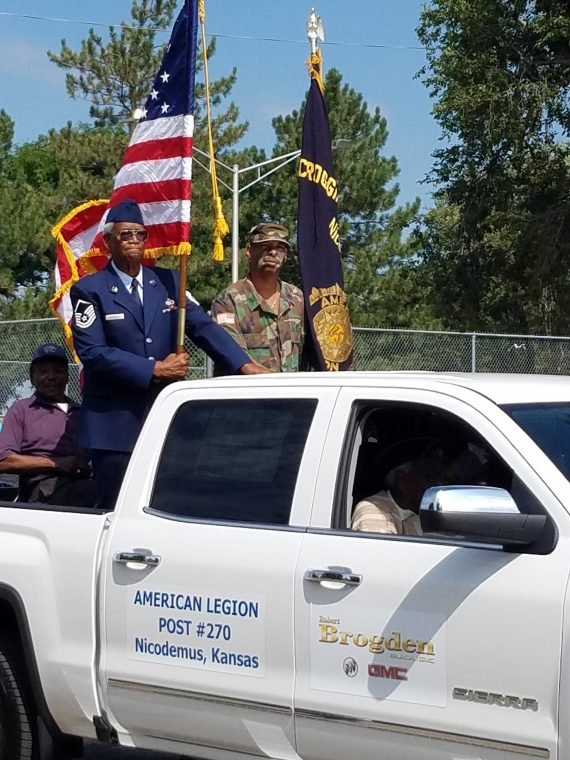 For many African Americans in the South at the time, migration to Kansas was their way of achieving their own personal American Dream. African Americans at the time saw Kansas as a state where they could “exercise their rights as American citizens, gain true political freedom, and have the opportunity to achieve economic self-sufficiency” (Davis 2017).

In 1869, Benjamin Singleton began recruiting African Americans from Tennessee to settle in Kansas (Davis 2017). By 1880, the number of Black settlers living in Kansas had increased to 43,107. The community suffered when railroad executives chose to bypass Nicodemus in favor of other area settlements--a decision that made it nearly impossible to operate a commercially successful farm. As of 2015, the community's permanent population was less than 40 individuals (“Nicodemus” 2015).

Since, its demise in the late 1800s, the town has been designated a National Historic Site by the National Park Service (“Nicodemus” 2015). The town hosts a group of five buildings which represent various aspects of African American life on the frontier. These aspects include home, business, church, government, and education. Nowadays, school children can come to Nicodemus to learn about the role of Black settlers in the West (“Nicodemus” 2015). A community center, built in 1938, hosts a National Park Service ranger, historical displays discussing Nicodemus and the African Americans who helped settle the West, and a gift shop (“Nicodemus” 2015).

Although many see Nicodemus as a dying town that is important to Kansas’ history, but not its present, a small, but determined, group of individuals are determined to keep the town alive through the town’s annual homecoming celebrations (Smith 2015). Many descendants of the town’s original residents still feel a sense of community within Nicodemus, despite having never lived there themselves (Smith 2015). Although the town itself will never be restored to its full population, some are trying to recreate a living community in the town (Smith 2015). One such individual is Dr. JohnElla Holmes, a professor of history, who recently moved into Nicodemus and runs a summer camp for underprivileged minority youth (Smith 2015).

Nicodemus was not the only all-Black community formed during reconstruction, nor was it the only one in Kansas, but it remains a defining example of the Black migration and the Exoduster movement (Davis 2017). For some, the town of Nicodemus is an important reminder of the past, and for others it continues to be a step towards a brighter future. Whatever interpretation an individual brings to Nicodemus, the inherent value of the town cannot be contested.

The Visitor's Center is open Monday through Saturday from 9:00 AM to 4:30 PM