Listed on the National Register of Historic Places, the Dayton Art Institute is the city’s premier art museum. It is regarded as one of the top 10 art museums in the US for children and in the top three percent of all art museums throughout North America. The Lange Family Experiencenter, an interactive gallery aimed at families and young visitors, stands as one of the museum’s most exciting aspects, giving visitors the opportunity to experience art in a thematic setting that’s designed to stimulate creativity and curiosity. Every year, DAI sees upwards of 300,000 visitors. Founded in 1919 in a downtown mansion, the Dayton Art Institute (DAI) is now located in an Italian Renaissance building atop a hill overlooking both the Great Miami River on one side and downtown Dayton on the other. Over the years, the museum’s collection has grown to over 26,000 objects that span 5,000 years of art, design, and innovation, including Oceanic art, Asian art, and American fine art and decorative art collections. 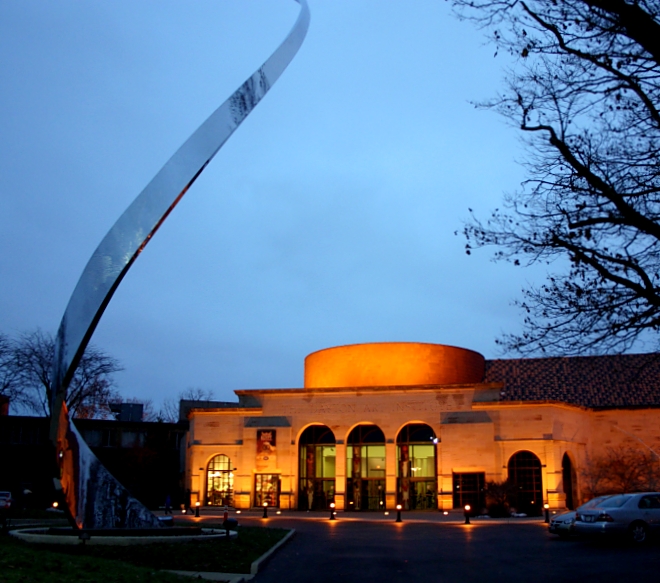 Progress of the Art Museum's facilities in 1928 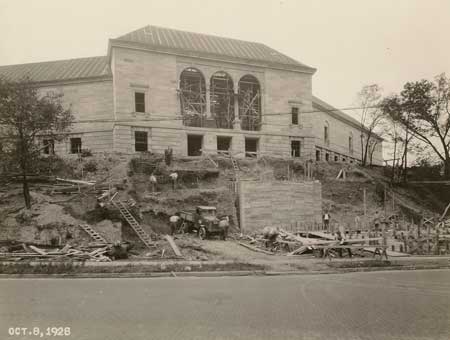 Inside of the art museum 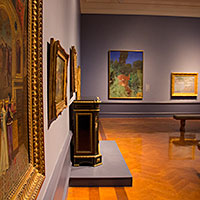 History of the Dayton Art Institute

The Dayton Art Institute dates back to 1919, when founding patrons Orville Wright, the Patterson Brothers (who founded the National Cash Register Company), and others decided to give the Dayton community a proud art institute that showcases art while offering a traditional art school. In the beginning, the museum was known as the Dayton Museum of Fine Arts, and it originally occupied a large mansion in downtown Dayton. Due to its popularity and the skill of its curators, the museum soon outgrew this mansion.

With news that the museum needed a new building, community leader Mrs. Julia Shaw Carnell assured the building’s development as long as the Dayton community agreed to endow and pay for its operations. Thus, Mrs. Carnell donated $2 million, and architect Edward B. Green began construction.

The Dayton Art Institute’s Italian Renaissance building was completed in 1930, and its architectural and historic significance would later cause the National Park Service to put it on the National Register of Historic Places. The building was 60,000 square-feet (another 35,000 feet was added in 1997), and it was known as "Dayton’s Living Room" for some time. Even today, the building still stands and the museum’s collection continues to grow.

Beginning in the 1960s, the Dayton Art Institute established a tradition of hosting special exhibits, such as the Chrysler Collection of French Paintings and, more recently, the “Quest for Immortality: Treasures of Ancient Egypt” exhibition, which was considered to be the largest collection of Egyptian artifacts to ever travel outside of Egypt.1

At any given time, the Dayton Art Institute showcases nearly 1,000 items from its permanent collection. Nevertheless, the totality of this collection includes more than 26,000 works covering 5,000 years of history. The various galleries presenting these works include African Art, the Dicke Wing of American Art, Ancient Art, Eileen Dicke Gallery of Glass, Oceanic, Berry Wing of European Art, Pre-Columbian, Outdoor Sculpture, and the Patterson-Kettering Wing of Asian Art.

The most notable works at the museum include: “The Song of the Nightingale” by William-Adolphe Bouguereau, “High Noon” by Edward Hopper, “After the Bath” by Edgar Degas, “Scene in Yosemite Valley” by Albert Bierstadt, “Water Lilies” by Claude Monet, and “Homage to Painting” by Roy Lichtenstein, among many others.2