The Little Bighorn Battlefield National Monument serves as a memorial for those lost in the clash between the 7th Regiment of the U.S. Calvary and warriors from the Lakota Sioux, Northern Cheyenne, and Arapaho tribes. The battle itself has been more commonly referred to as "Custer's Last Stand" due in part to the actions that cost General George Armstrong Custer and a majority of the regiment to lose their lives fighting an overwhelming amount of Native American fighters. In the decades since this infamous battle, scholars and historians alike have been trying to determine why Custer, an experienced military leader in the Civil War, made the fateful decision to divide his forces and advance against a substantial force of Native American warriors. While he was remembered as a martyr by most white Americans for the first century after the battle, most today focus on his ill-advised decisions and the military skill of Native American leaders such as Sitting Bull and Crazy Horse.

The Little Bighorn Battlefield National Monument is located near the town of Crow Agency in Montana. 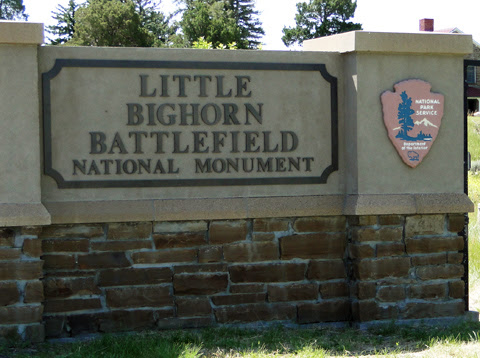 The memorial commemorates one of the worst military defeats for the US Army after a fateful decision and a victory by Plains Indians. 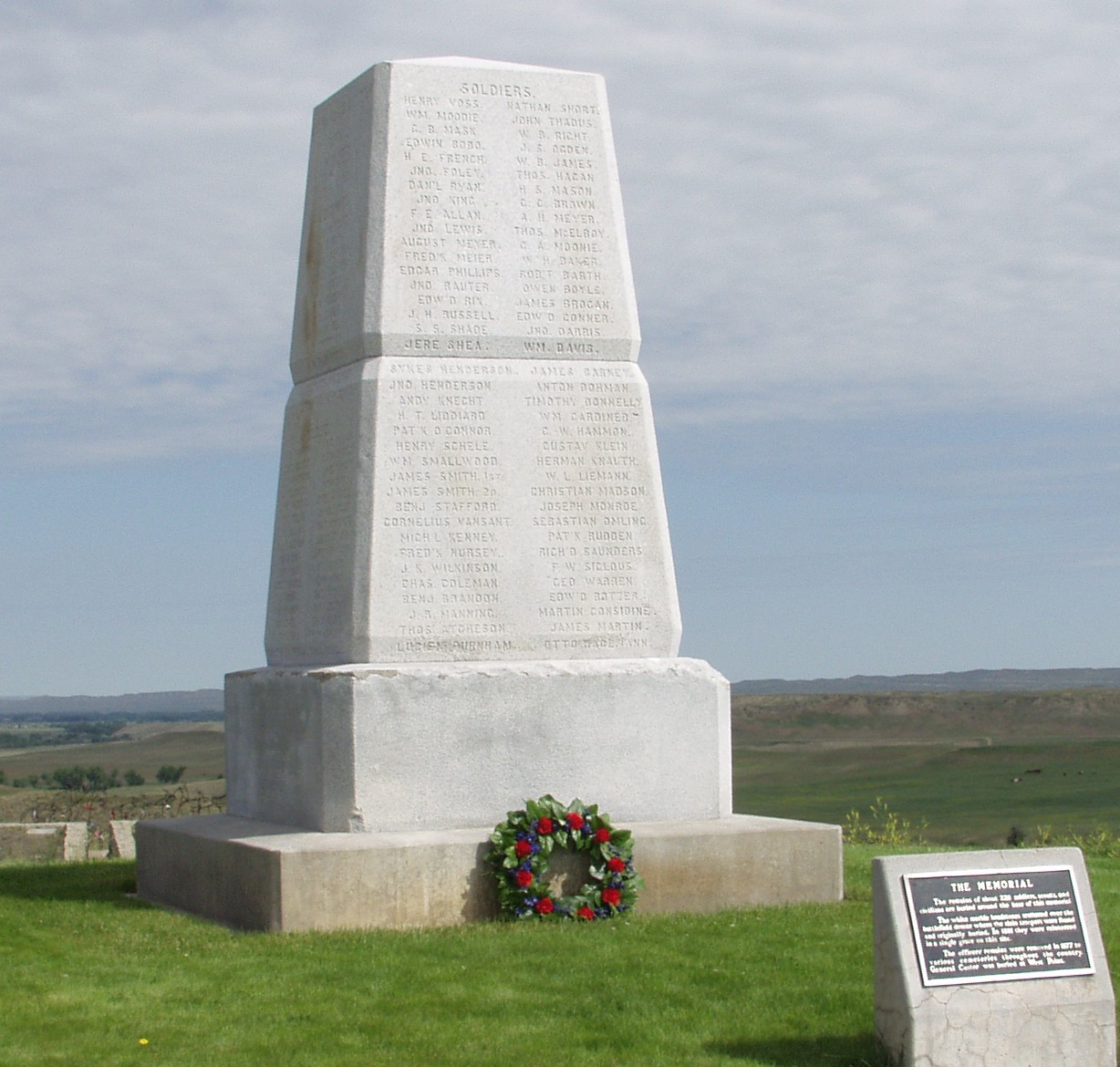 Custer National Cemetery is adjacent to the National Monument that includes many frontiersmen, Native scouts, and other military personnel. 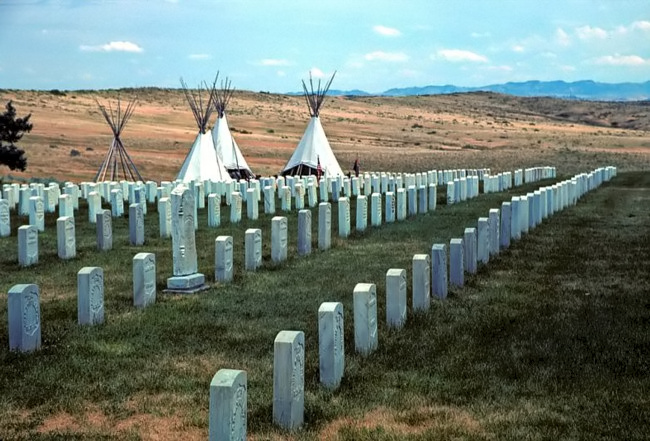 The Native American Memorial commemorates the Plains Indians and their struggle to preserve their lands and their way of life. 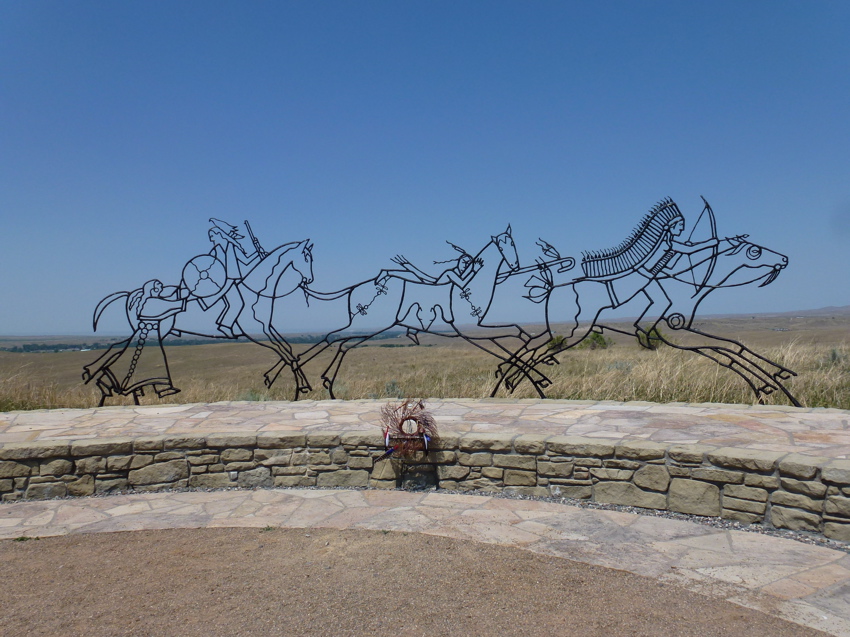 The monument is seen in the center surrounded by the grave sites of the men of the 7th Regiment. 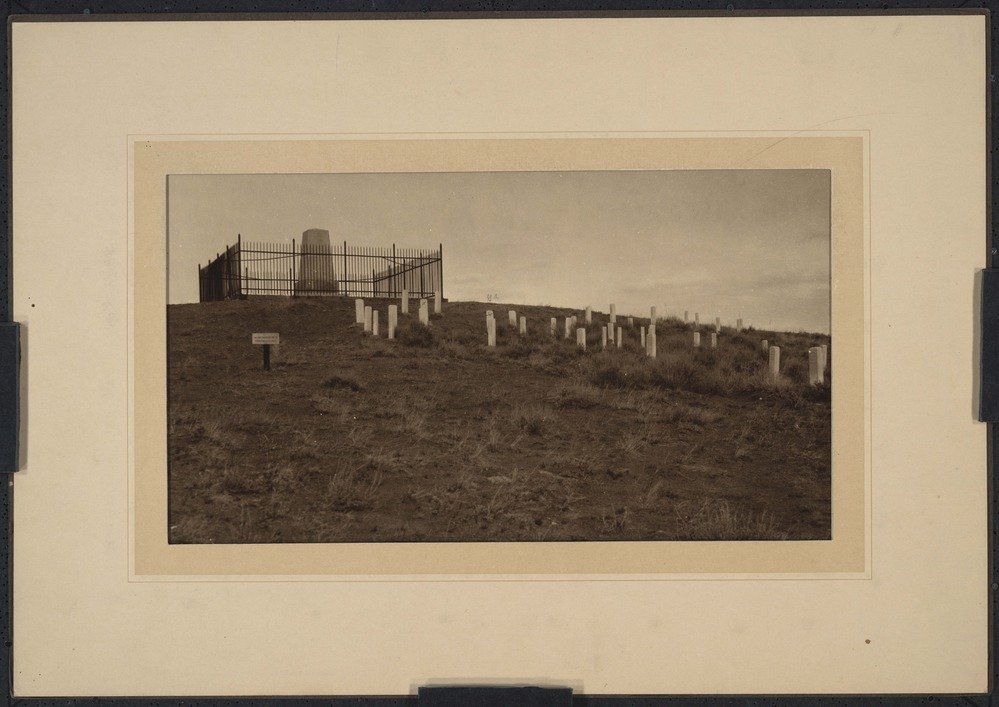 Before the outbreak of the Civil War, many settlers chose not to expand west due to the dryness of the surrounding land and the humongous Native population. At the conclusion of the Civil War, though, railroad companies and various settlers were granted some of the lands by the Federal government, leading to many fearing of a confrontation between the newly arrived settlers and the Great Plains tribes not willing to leave their land quietly. Despite many of their fellow tribesmen meeting their ultimate demise for not relocating to reservations, the Plains tribes were willing to do whatever it took in order to keep their land and not give it up to the white settlers.
Numerous Lakota leaders were in favor of signing the Treaty of Fort Laramie in 1868, which would create a reservation in the western part of what is now South Dakota. However, numerous leaders, including Sitting Bull and Crazy Horse, as well as other traveling warriors disliked the reservation system and chose not to sign the agreement, which led to small conflicts with new settlers and enemy tribes. Tensions soon began to mount, however, when Custer was asked to search the Black Hills within the reservation territory in 1874, which resulted in geologists in his expedition to find gold deposits. During the winter of 1875, the Commissioner for Indian Affairs sent an ultimatum to the Sioux that required them to report to a reservation by the end of January 1876 but was met with no response.
Then came the three fateful days in June that now reside in the history books. Hoping to take control of the last Native American holdout in the U.S., Custer made camp during the evening on June 24 in an area twenty-five miles to the east of where he would make his famous "last stand" and sent Crow and Akira scouts ahead, who came back and told him that the Lakota and Cheyenne were encamped close to the western part of the Little Bighorn River. The following evening, the same scouts warned Custer that their positions had been detected by the warriors from the camp, ruining his plans of a surprise attack in the early morning. He then divided the regiment into four separate segments, taking control of 210 men, and splitting the rest between Captain Frederick Benteen and Major Marcus Reno, who took 125 and 140 men respectively.
On June 26, Custer met his ultimate fate as he and the 210 soldiers he commanded were massacred by the massive Lakota and Cheyenne forces. Some tried to escape death but did not make it within a couple of minutes into their attempts. While the Cheyenne and Lakota celebrated a monumental victory, it was short lived as the United States began to toughen their attempts to force the Natives onto reservations. Soon enough, the Americans took control over the Black Hills with no compensation to the Natives for having to leave.

Aftermath
Almost a year after the battle and due to the Army's efforts in tracking down those involved many native Americans had been caught or killed. In 1877 Crazy Horse surrendered to the U.S. Army, and was later killed for getting into a fight with an Officer. Sitting Bull would surrender in 1881, and was later killed by Indian Agent Policemen in 1890. The Battle of Little Bighorn was overall a short-lived victory for the Native Americans as they would later lose what they were fighting for.

Legacy
The battle to this day plays an interesting piece in American Military History and many theories have emerged about it describing the events. Some believe Custer was too aggressive in his actions and led his men to their fate, another theory is that Custers officers didn't move to relieve Custer's force as they were too afraid to move, which could have changed the outcome. Many of the fallen were buried at the sight of the battle when the Army first returned, Some were transferred for private funerals, and Custer was eventually buried at West Point.

The park is open year-round. The hours are seasonal and vary by attraction. For a detailed list, please visit the official website. The park is closed Thanksgiving, Christmas, and New Year's Day.