Constructed in 1878, The Loretto Chapel is a Gothic style structure that represents the enriching religious history of Santa Fe, New Mexico. The church was founded by Santa Fe's first archbishop, Jean-Baptiste Lamy and the Sisters of Loretto, whom wanted to spread the Catholic faith and educate the youth within the Territory of New Mexico. The most notable feature of the chapel is the "Miraculous Staircase." The 22 ft. wooden spiral staircase leads to the choir's loft and does not have a central column, giving it the appearance of standing on its own without support. The staircase makes two 360 turns, and there are helix-shaped stringers placed into the staircase's foundation. Now, the Loretto Chapel is both a museum and a wedding chapel. In addition, the Loretto Chapel features beautiful stained glass windows, artwork, and a gift shop. Both the Loretto Chapel and the "Miraculous Chapel" have served as inspirations for television movies and novels. 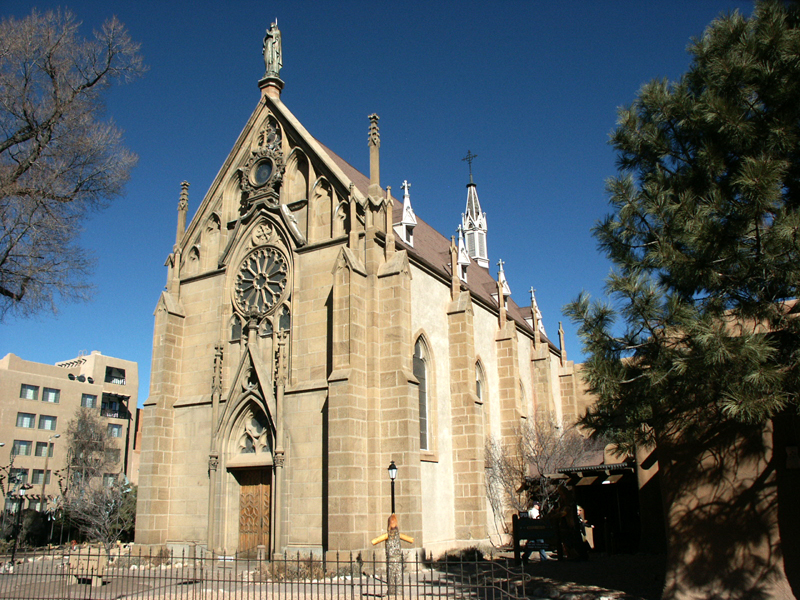 The Beautiful Interior of Loretto Chapel 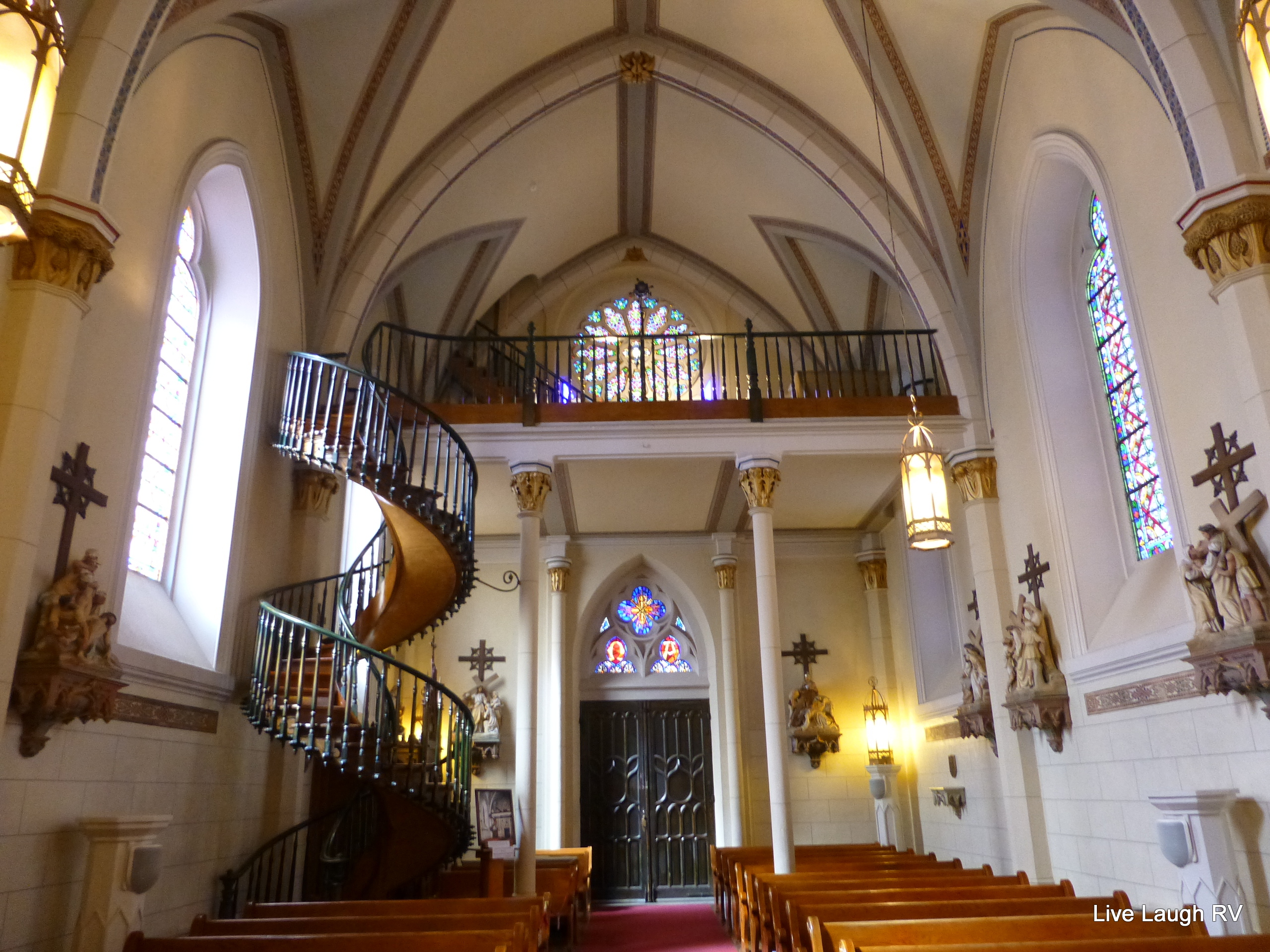 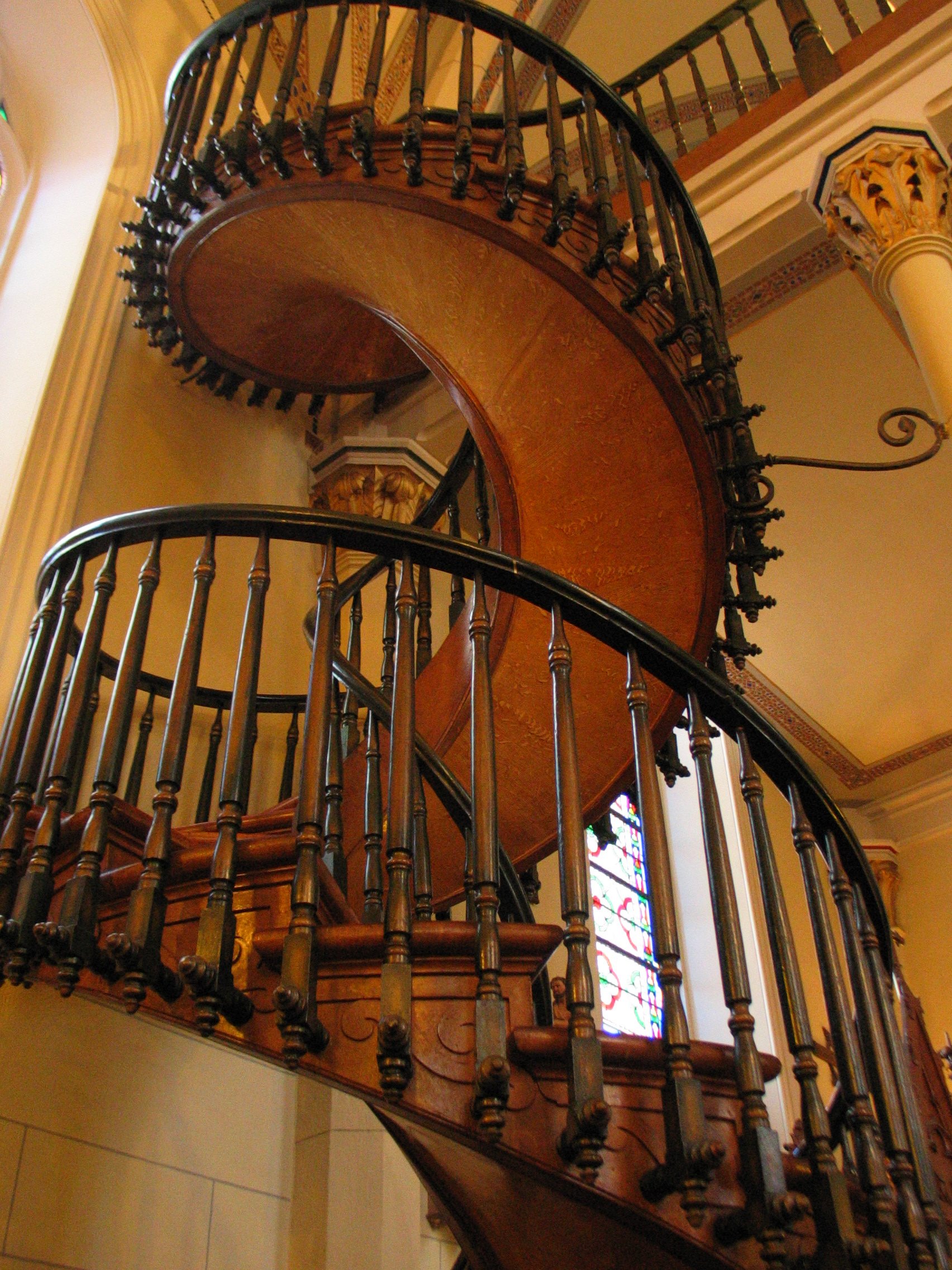 The Man Behind the Chapel: Archbishop Jean-Baptiste Lamy 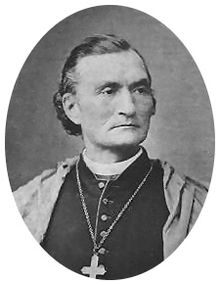 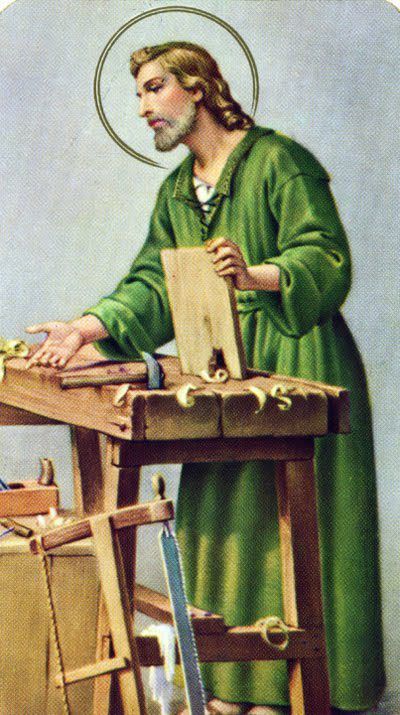 In 1850, French missionary, Jean-Baptisite Lamy (1814-1888) came to Santa Fe, New Mexico and set out to increase the Catholic faith within the Territory of New Mexico. Lamy also wanted to establish a more formal education for young girls in the area. In order to achieve these goals, Lamy asked the Sisters of Loretto for assistance. The Sisters of Loretto is a religious Catholic institution with the goals of brining the Spirit of God into the world. In 1852, the Sisters of Loretto came to Santa Fe, and the following year, they opened the Loretto Academy, which remained open until 1968. In the same year, Jean-Baptisite Lamy was appointed as Santa Fe's first archbishop, and he served that position until 1885. Using tuition, donations, and their own inheritances, the sisters along with Lamy and the two architects he hired, Antoine and Projectus Mouly built the Loretto Chapel in 1878.

Constructed primarily out of sandstone, the chapel exhibits a Gothic architectural style with buttresses and and spires. The chapel also has stained glass windows imported from France's Sainte Chapelle. During the construction of the chapel, Antoine passed away, leaving his son, Projectus in charge of the project. Shortly after the chapel was built, Projectus unexpectedly died in 1879. The Sisters of Loreto and Lamy quickly discovered there was no way for anyone to get from the first floor to the choir loft. There was a proposal to build a ladder to connect the first floor to the loft, but the Sisters refused the idea. Desperate to find a solution to this problem, the Sisters prayed a nine day novena to St. Joseph, the patron saint of carpenters. Legend says that on the ninth day of prayer, a mysterious man appeared at the chapel with a hammer and a carpenter's square and offered to build a spiral staircase.

Completed shortly after the construction of the chapel, the "Miraculous Staircase" was finally completed. Some people have said that the mysterious man who built the staircase was St. Joseph himself. However, in the early 2000s, author and historian, Mary J. Straw Cook discovered that local rancher and carpenter, François-Jean "Frank" or Frenchy" Rochas was the man who built the staircase. The 22 ft. wooden spiral staircase leads to the choir's loft and does not have a central column, giving it the appearance of standing on its own without support. The staircase makes two 360 turns, and there are helix-shaped stringers placed into the staircase's foundation. In addition, the staircase contains 33 steps, which is a reference to Jesus's age when he was crucified. After the 1890s renovations within the chapel, modern brackets were added to connect the staircase to the wall, and a pillar was placed within the staircase's structure. These new additions were made to provide more support when people climb the staircase and protect the staircase from the negative effects of the vibrations coming from passing automobiles. However, the modern brackets ruined the sides of the staircase and the natural spring-like movement of the staircase while in use.

Currently, the Loretto Chapel serves as a museum and a wedding chapel. The museum portion of the chapel features religious artifacts, artwork, and the original Sainte-Chapelle stained glass windows throughout the chapel. Engaged couples could also book the chapel for their wedding venues. Also, the chapel offers several wedding packages to couples, such as the Santa Fe Destination, the Chapel, the Santa Fe Getaway, and the Sainte Chapelle. Depending on the wedding package, the chapel can assist and arrange certain elements of a couple's wedding, such as the flower arrangements, the photography, and the music. In addition, there is a gift shop where people can buy trinkets and souvenirs, such as rosaries, clothing, jewelry, keychains, tote bags, home decor, medals, and Christmas ornaments. Both the staircase and the chapel have served as inspirations for film and literature. In 1998, the television movie, The Staircase made its debut, and it starred Barbara Hershey and William Petersen. In 2000, young-adult author, Ann Rinaldi wrote and published The Staircase. Both the film and book focus on the history of the chapel and the mystery behind the staircase.