The Bartow-Pell Mansion is the last remaining great country estates in the Bronx. Designated a National Historic Landmark in 1976, it was built between 1836-1842 by Robert Bartow. Today, it is a museum featuring 19th century furnishings and fine and decorative art. Visitors will learn about what life was like for the wealthy families that lived in Pelham Bay (there were more than 20 such estates in the area). The estate also features a terraced garden behind the house. The mansion was listed on the National Register of Historic Places in 1974. 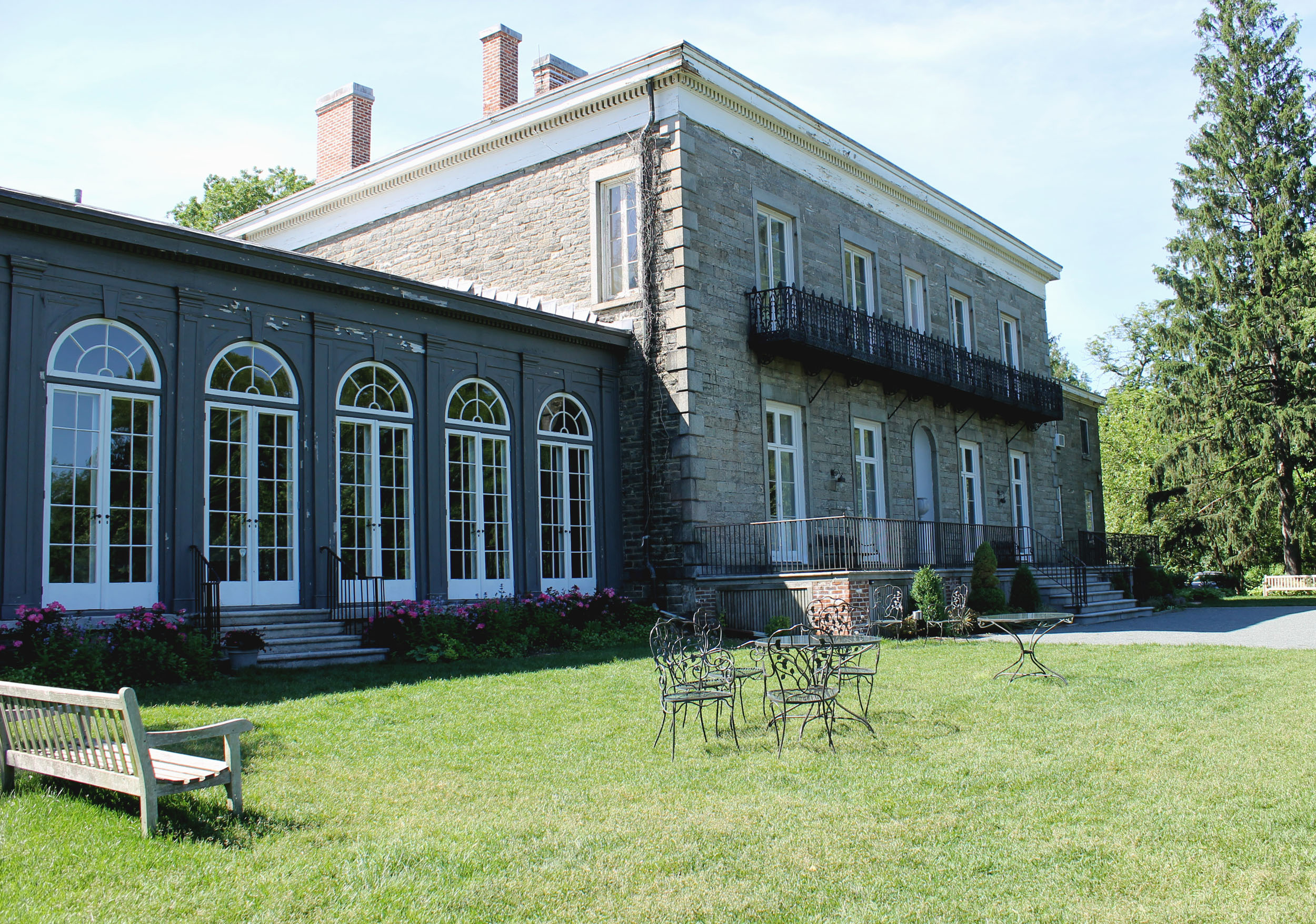 View of the gardens behind the mansion 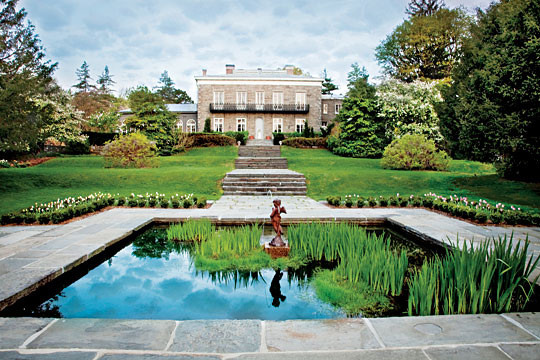 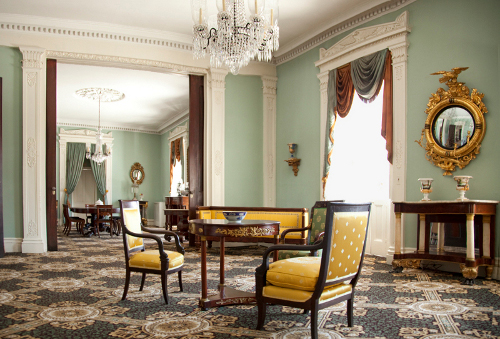 Thomas Pell was an Englishman who first settled on the estate in 1654 after purchasing land from the Siwanoy Indians. He had signed a treaty with the Indians for approximately 9,000 acres of land. The land included what is now commonly known as the Bronx and Lower Westchester. After the Dutch handed the New York land over to the English, the first governor of New York, Richard Nicolis, issued a land grant to the Manor of Pelham. Thomas Pell was given the title of First Lord of the Manor. Thomas Pell created a house with the land. However, the house Pell built was most likely burned down in the American Revolution. The estate was later bought by another family before being purchased by John Bartow in 1790. John Bartow was the husband of Ann Pell. The Pellham Manor property was sold to Bartow because he owned a house on the property. In 1813, John Bartow sold the property to Herman Leroy, who was a wealthy merchant at the time. 23 years later, in 1836, the Bartow family regained ownership of the property. Robert Bartow, the grandson of John Bartow, makes this property an estate with his wife, Maria Lorillard. Robert Bartow creates a mansion in 1842. Robert Bartow created a beautiful three story mansion that is surrounded by orchards, pastures, and lawns. The Bartow family lives in the mansion for a couple of decades. However, after a couple decades, ownership of the mansion is changed. It remained in the family until 1888 when it was sold to the State of New York so that the mansion would be included in the Pelham Bay Park. The mansion remained vacant until 1914 when Zelia Krumbhaar Preston, who was the wife of Charles Frederick Hoffman, bought it to become the home of The International Garden Club. The club raised funds to restore the mansion and gardens. Zelia Krumbhaar Preston used these funds to get a lease from New York City. Later, the estate opened as a museum in 1946. It became known as the Bartow Mansion Museum and Gardens. However, in 1959, the name Pell is added to the name of the mansion to acknowledge the contribution of the family to the mansion's history. The new name of the mansion became Bartow-Pell Mansion which also happens to be its current name. In 1976, it was designated as a national historical landmark. Today, it features 19th century furnishings and fine and decorative art.