Built in 1695, the Voorlezer's House is the oldest elementary schoolhouse in America and Staten Island's oldest known building used for religious purposes.The clapboard frame house went through two restoration process before reopening to the public in 1942 and 1985, respectively. It became a National Historic Landmark in 1961, was subsequently added to National Register of Historic Places in 1966, and was listed as a NYC Landmark in 1969.

Restored many times in the past two centuries, this historic home was used as a school and church. 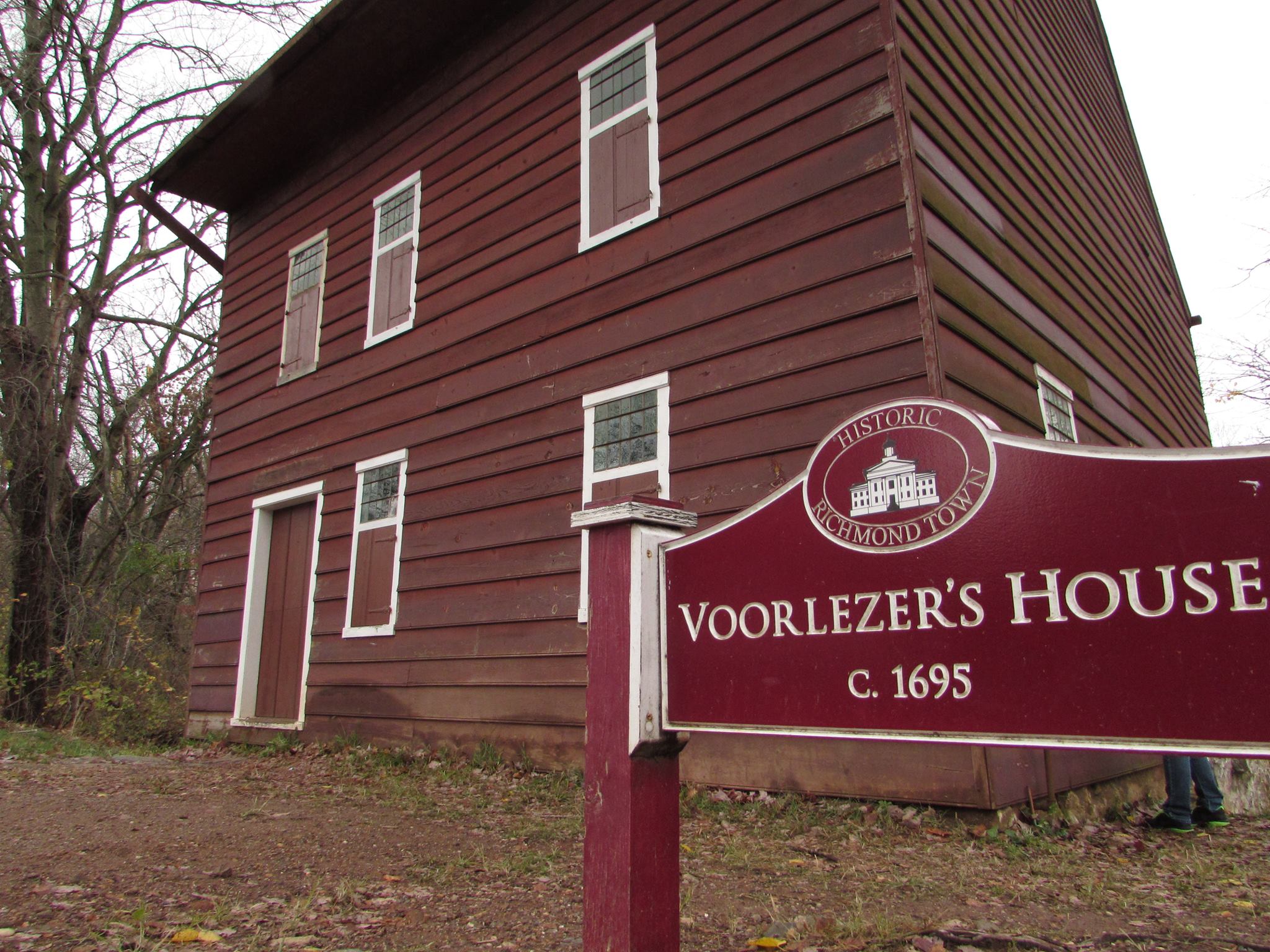 The building is used as a historic site and made to resemble its colonial appearance as a school and meeting house. 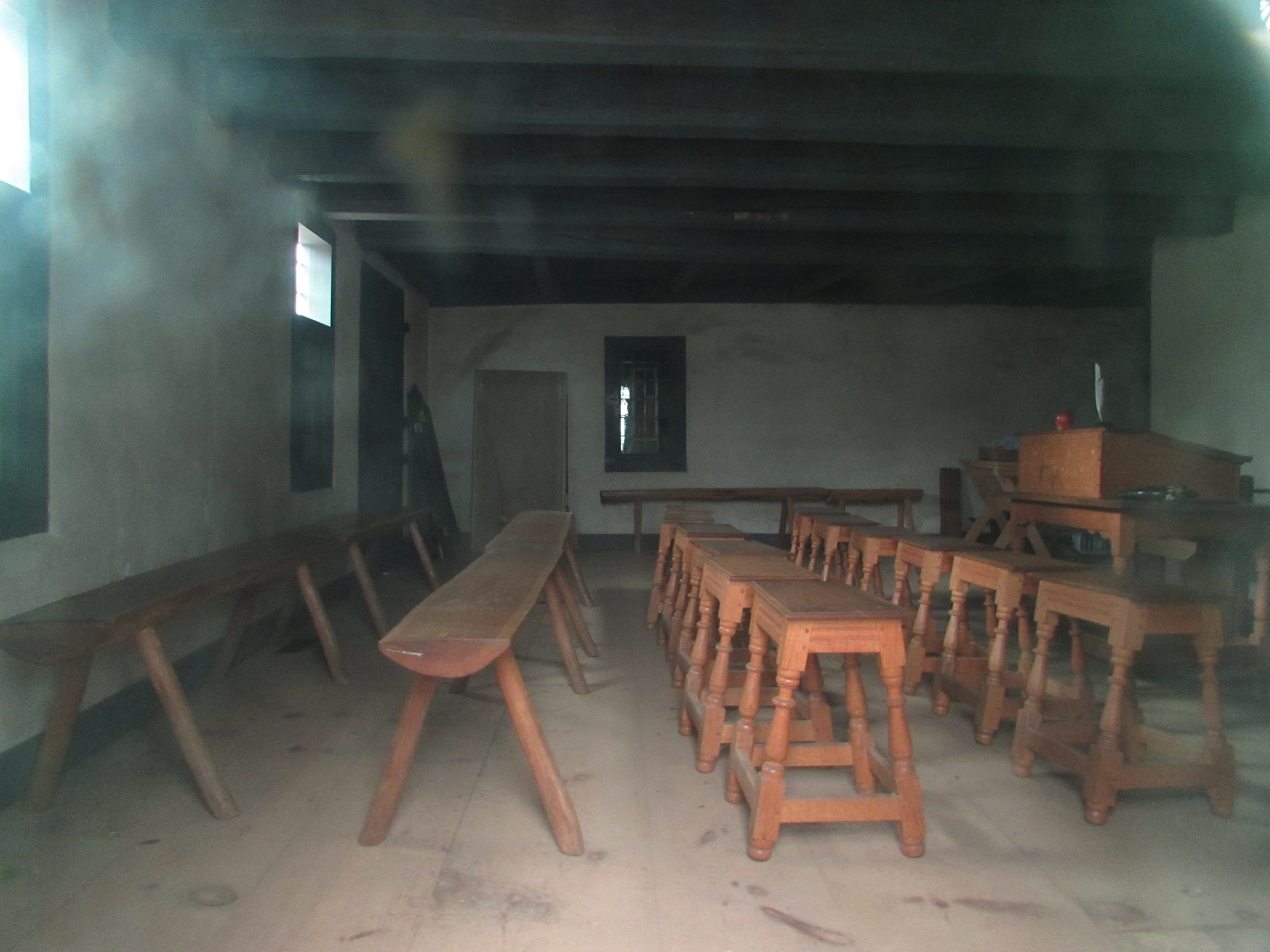 Built by the Dutch Reformed congregation, the Voorlezer's House had three purposes: to serve as a church, a school, and a residency. It is the oldest relic left from the Dutch settlement on the island in 17th century. The term "voorlezer" in Dutch translates to "fore-reader," which means "one who reads to other."  This title is given to the designated layman chosen by the Dutch Reformed congregation to serve as assistant for the pastor during church services.

Though the house was never considered an official place for worship, meetings for the congregation were held there until separate official churches formed. During meetings, a voorlezer would typically refer to reading the Bible aloud, keeping church records, and educating children. In the absence of the pastor, it is expected that the voorlezer would lead the church services by reading from scriptures, hence the name "one who reads to other." Published sermons would be presented by ministers. Due to the fact that voorlezers aren't official pastors, they are not permitted to perform rites such as baptism and matrimony. They are, however, allowed to educate children.

As a school, it housed students from ages 7-12 for both genders. Parents would pay for the children's lessons to learn reading, writing, arithmetic, religion and Dutch history. As a residency, it housed many families. The family with the longest tenure that resided in the building was that of Rene Rezeau, a mason, farmer, and/or storekeeper, and his wife, Anne (Coursier) Rezeau. He and his descendants occupied the house for over 150 years. The House is an example of the Dutch-influenced vernacular architectures, as seen from the wooden clapboard sidings and the gable-ended chimney.

During its first restoration in the late 1930s to early 1940s, the Voorlezer's House was moved back 15 feet for safety measure to not get too close to the road. Other than that, most of the building remains intact and identical to how it looked in its own period. The house remained as a private residency until 1936, when Mrs. T. Livingstone Kennedy, a family member of the Staten Island Historical Society purchased the house and donated to the organization.

Voorlezer's House has undergone two major renovations to restore the house to an appearance that more accurately represents that of it in the 17th century. Around 1800, the present staircases replaced the straight ladder-like stairs believed to have been used originally been used. The building is furnished with reproduction furniture and fabrics, and is open to the public. Voorlezer's House has since become a National Historic Landmark, NYC Landmark, and is on the National Register of Historic Places.

Open Saturday and Sunday from 2 to 5 p.m