The Conference House (formerly the Billopp House) is a two floor stone building built in 1680 by Captain Christopher Billopp. It was the location where the Staten Island peace conference was held. It resides in a park at the southernmost tip of Staten Island. Despite the peace conference failing to end the war, notable figures such as Benjamin Franklin and John Adams attended.

A front view of the Billopp House, or Conference House 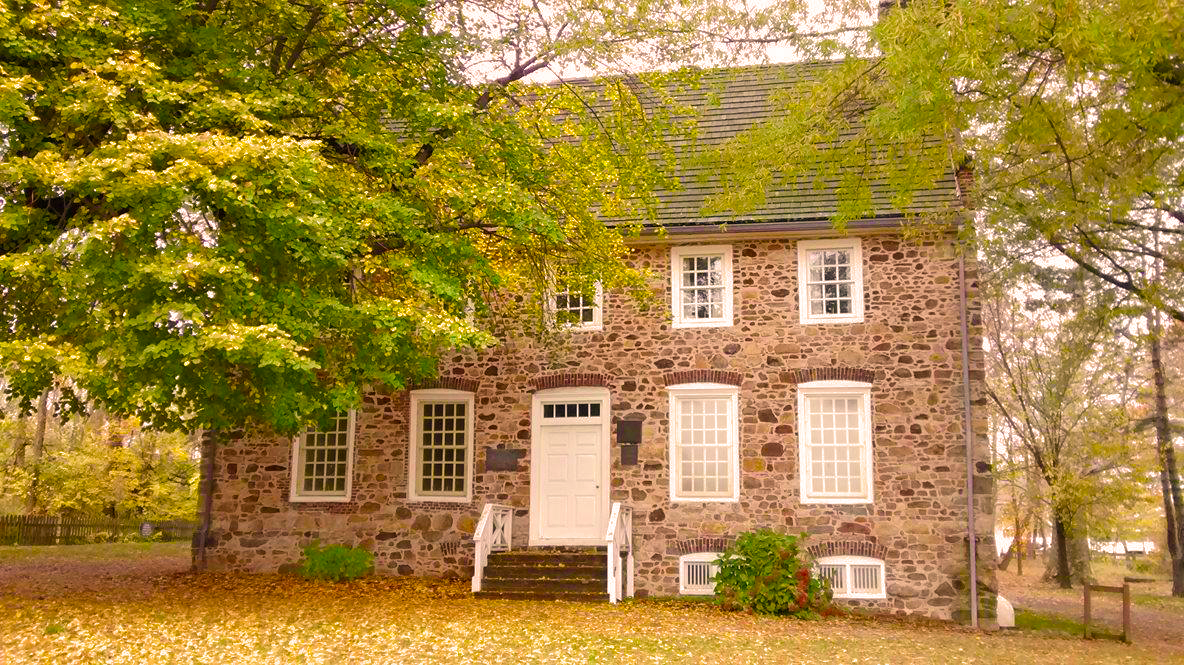 An angled view of the Conference house 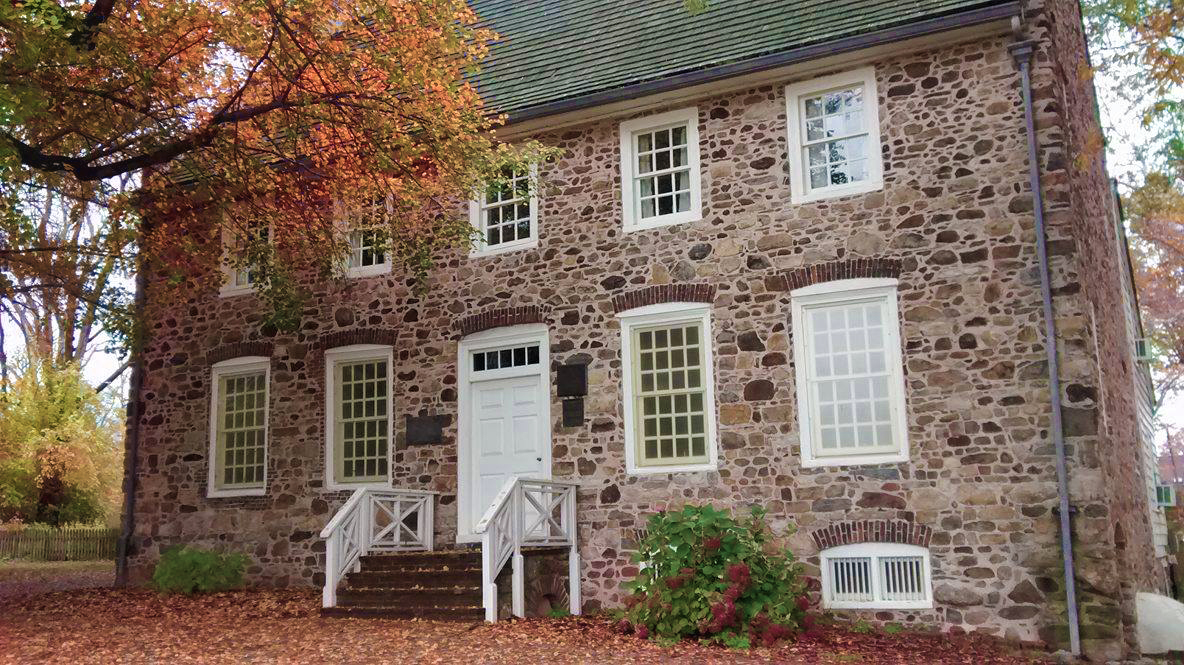 A plaque showing that the house is a national historical landmark. 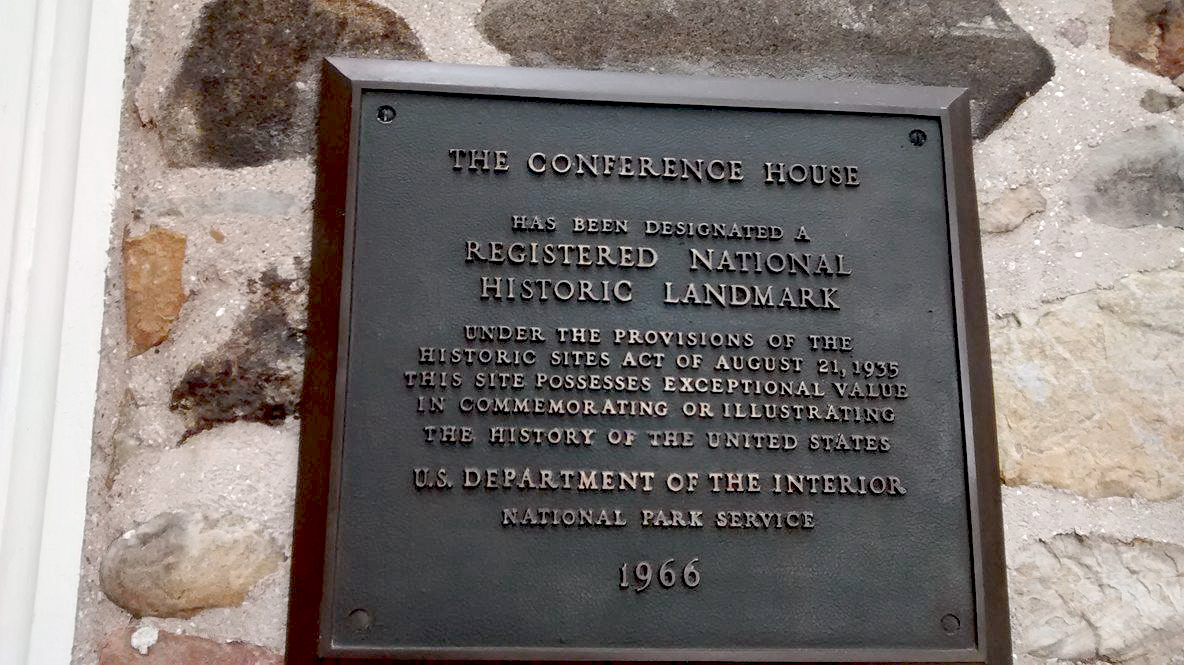 A brief history of the Billop house or Conference house. 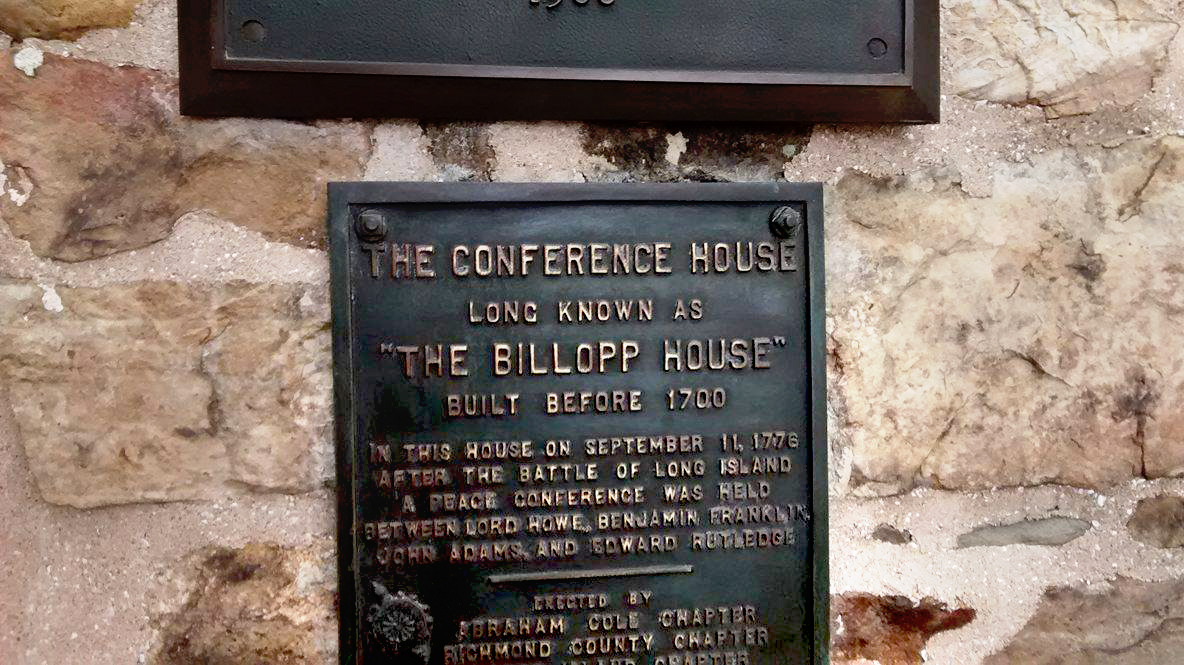 A plaque commemorating the Billopp house. 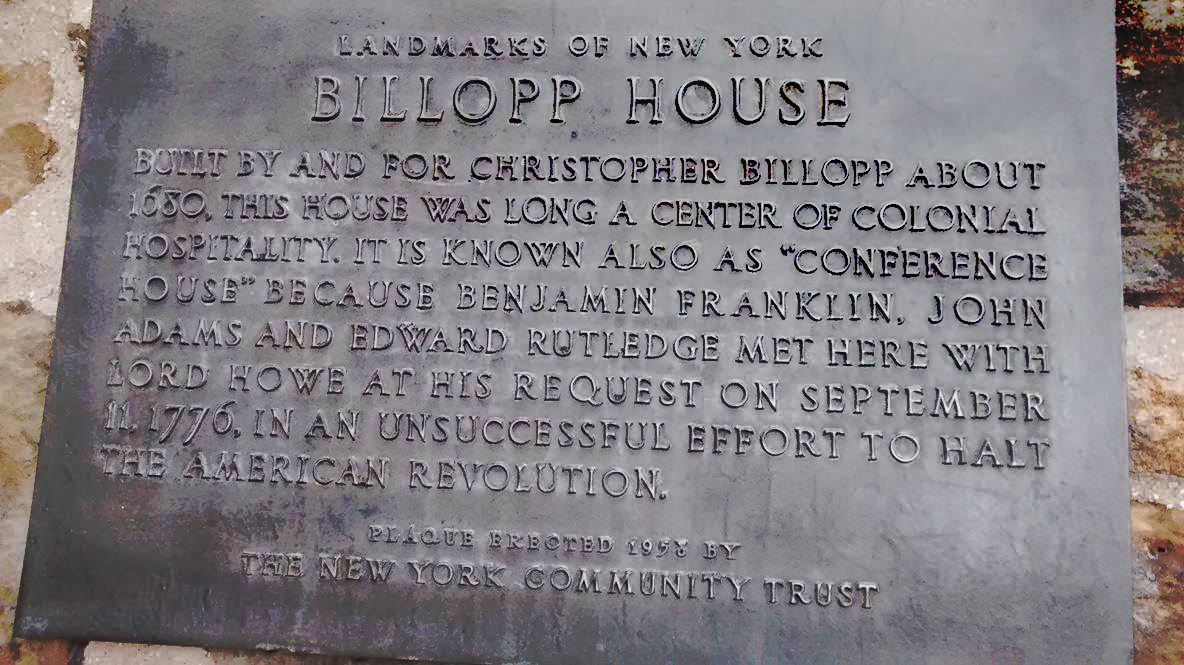 A photo of the park surrounding the Conference House 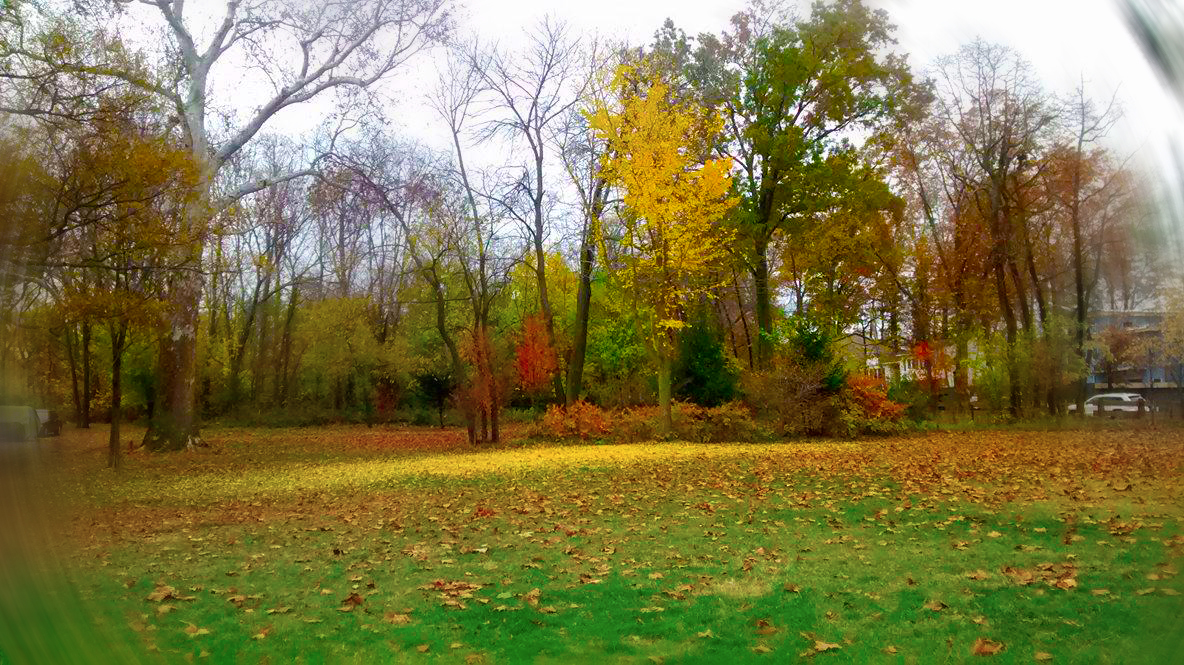 Built by English immigrant Captain Christopher Billopp, in or around the year 1680, the house started off as a wheat farm1. It is a two story building made of stone. Originally in the shape of a rectangle, an extra wing was added as a kitchen in the 18th century. Colonel Billopp was a loyalist who was careful to enforce the laws prohibiting communication between Staten Island and New Jersey. This earned him a fair amount of enemies in New Jersey and he was taken prisoner twice.

After the battles of Lexington and Concord, King George III felt that further conflict in America could be avoided and he sent two representatives to Staten Island as negotiators. These were Admiral Richard Howe and General William Howe2. On August 27, a conference with the Continental Congress was requested. The Americans sent Benjamin Franklin, John Adams,  and Edmund Rutledge as representatives to the British headquarters on Staten Island, the Billopp House.

The Conference did not last long and did not accomplish anything. The Howe brothers insisted that the war could be ended if the Colonies would repeal their Declaration of Independence and return to British Rule. The Americans, of course, did not agree to this and so the war raged on3.

The house was breaking down when it came under the ownership of the city of New York and needed to be restored1. The restoration began in October 1926 when they began by restoring the North Room on the first floor and the basic infrastructure. Work continued to be done until 1933. In 1934 they began to work on the park surrounding the Conference House. A rose garden was planted and 13 trees (representing the original 13 colonies were planted as well). After work was finished in 1937, the house became the first house museum on Staten Island.

Despite the lack of a successful peace treaty, this house still stands as a symbol of the revolutionary war and a historical landmark for all to see. It lies in the middle of a Conference House Park, which is not only a beautiful park, but also houses the southernmost point in New York and assorted other historical landmarks.

Monday, Wednesday, and Friday from 9AM to 3PM