The Octagon is an upscale apartment complex located on the northern end of Roosevelt Island, formerly known as Blackwell Island. The building was originally built in 1839 as the entrance for the New York City Lunatic Asylum. In 1894, the Octagon ended its role as a mental asylum. Until 1955, the Octagon continued to be used as a part of the Metropolitan Hospital. After decades of decay, disrepair, and fires, the Octagon was heavily renovated in 2006. It now stands as a beautiful residential building with a vibrant history.

Welcome to the Octagon. 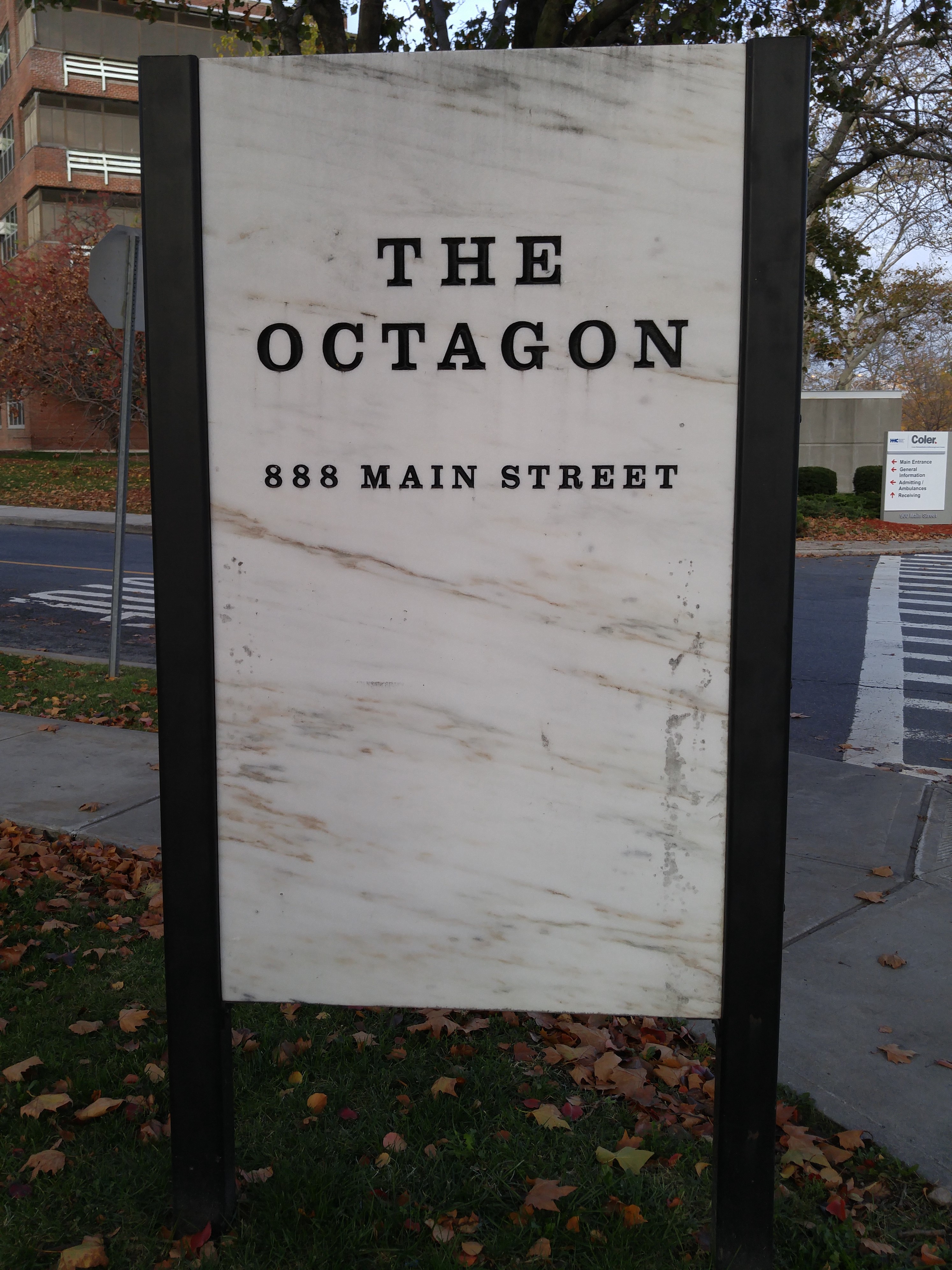 You can take the Red Bus directly to the Octagon for FREE. 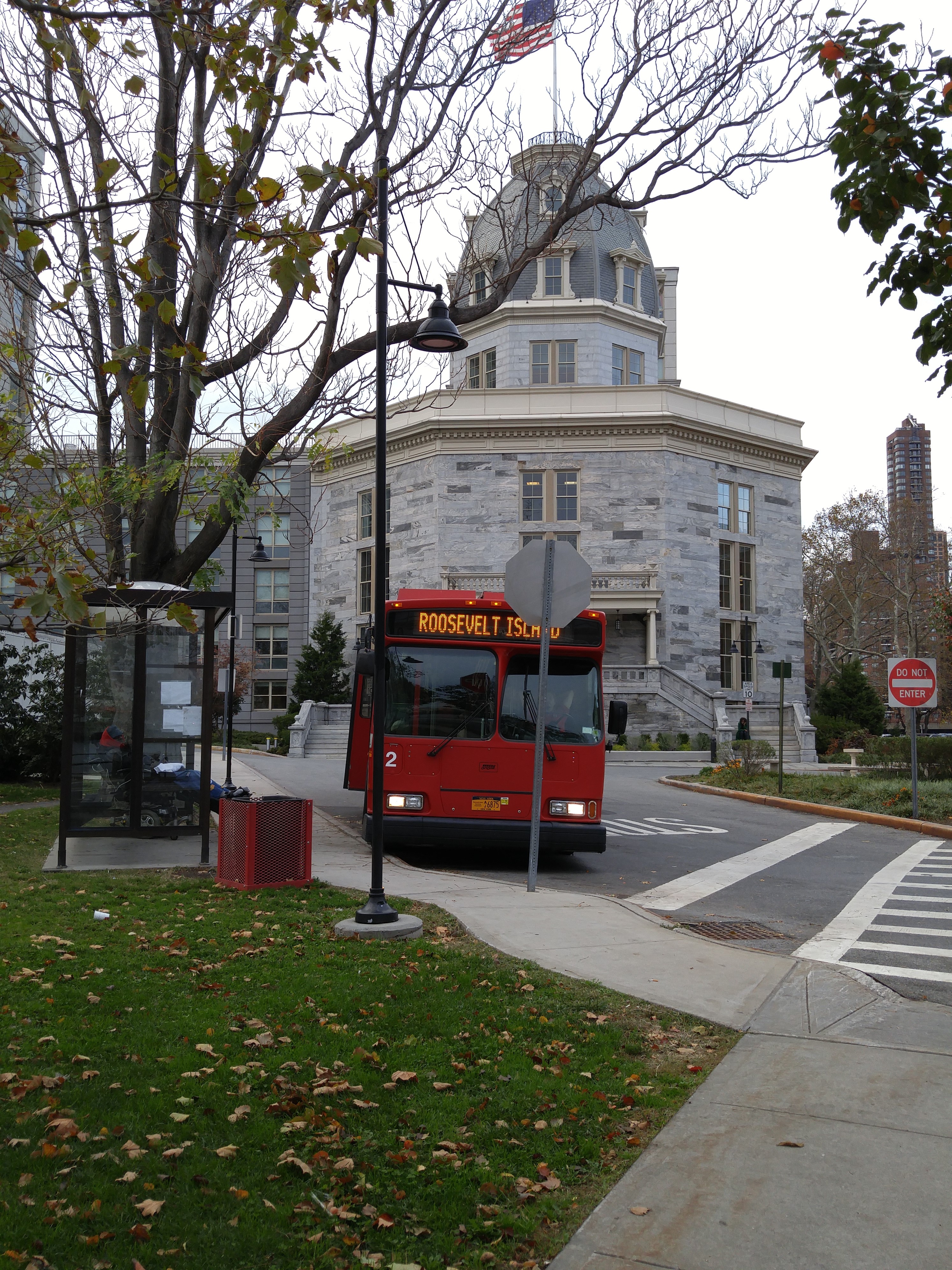 Take the F train to the Roosevelt Island station, one of the deepest in New York. 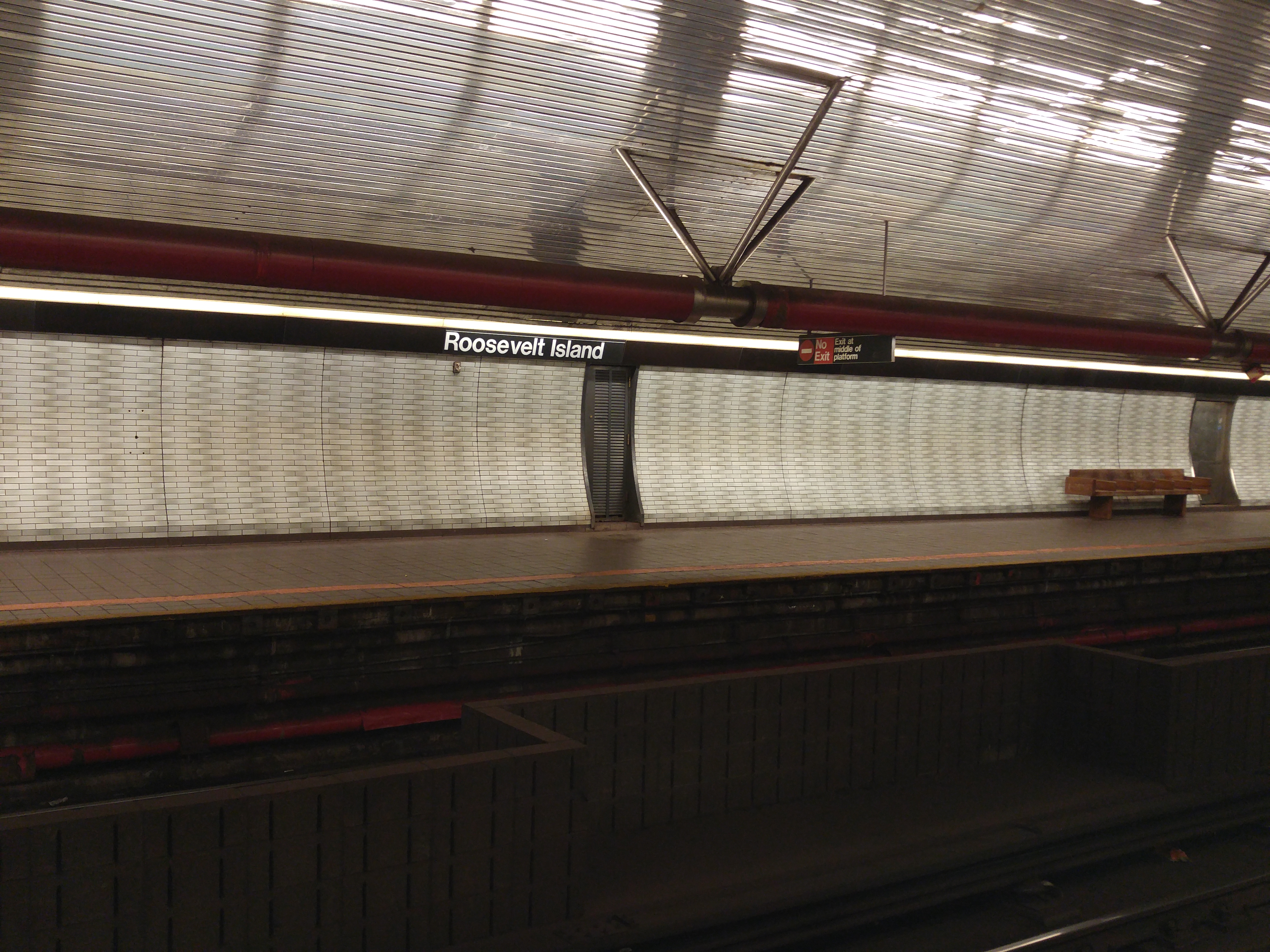 View from the rear 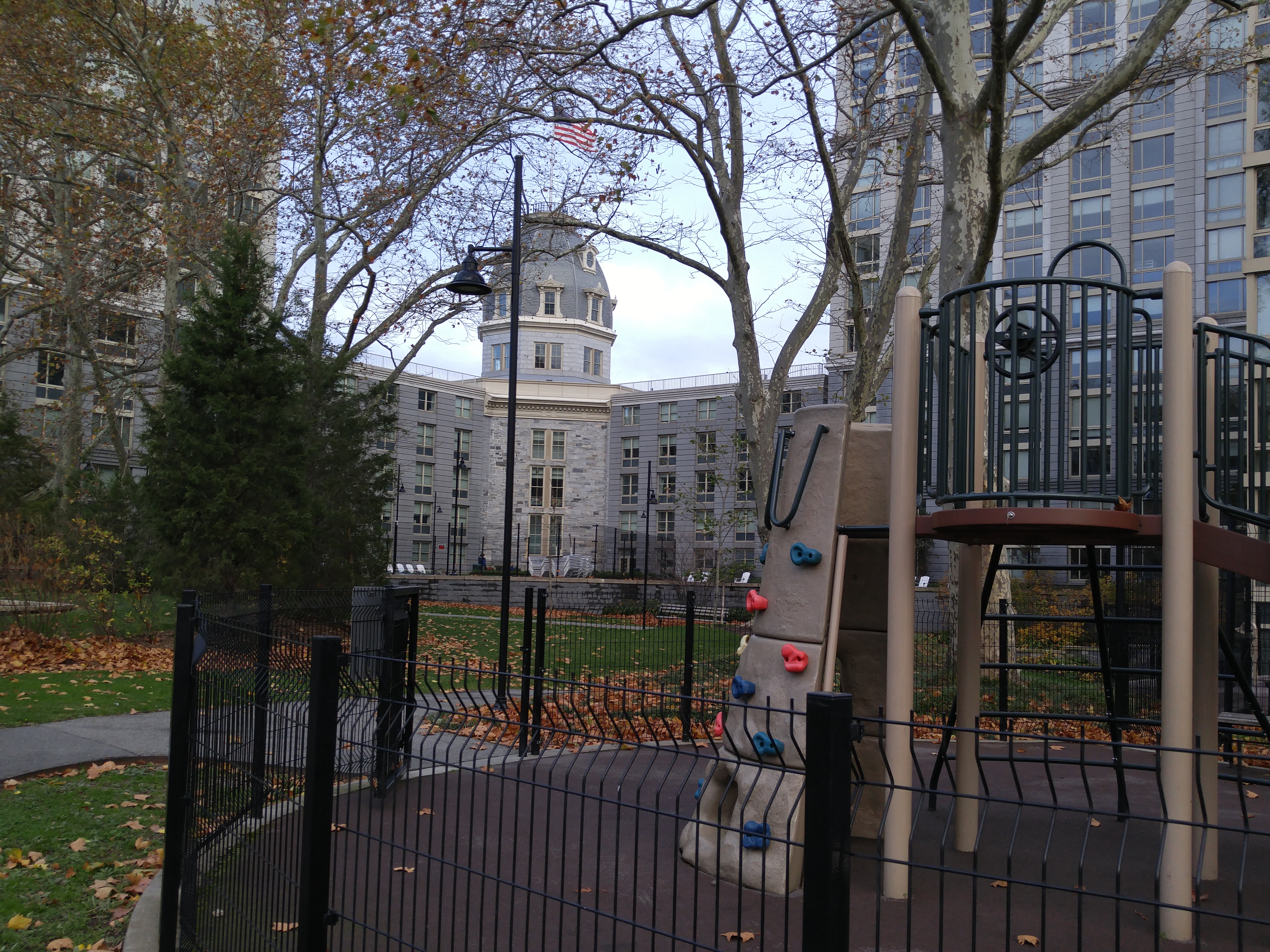 Close-up of the side 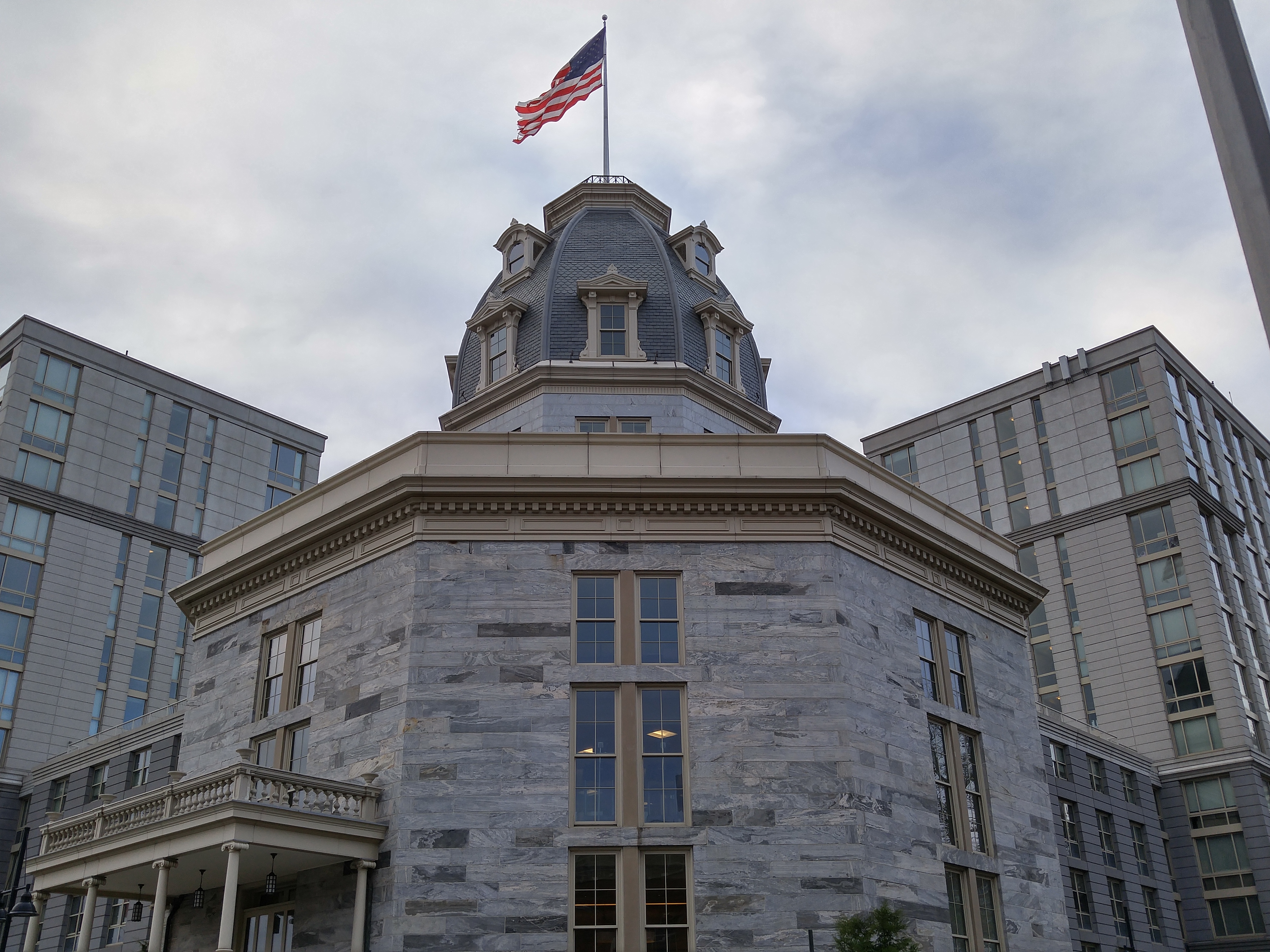 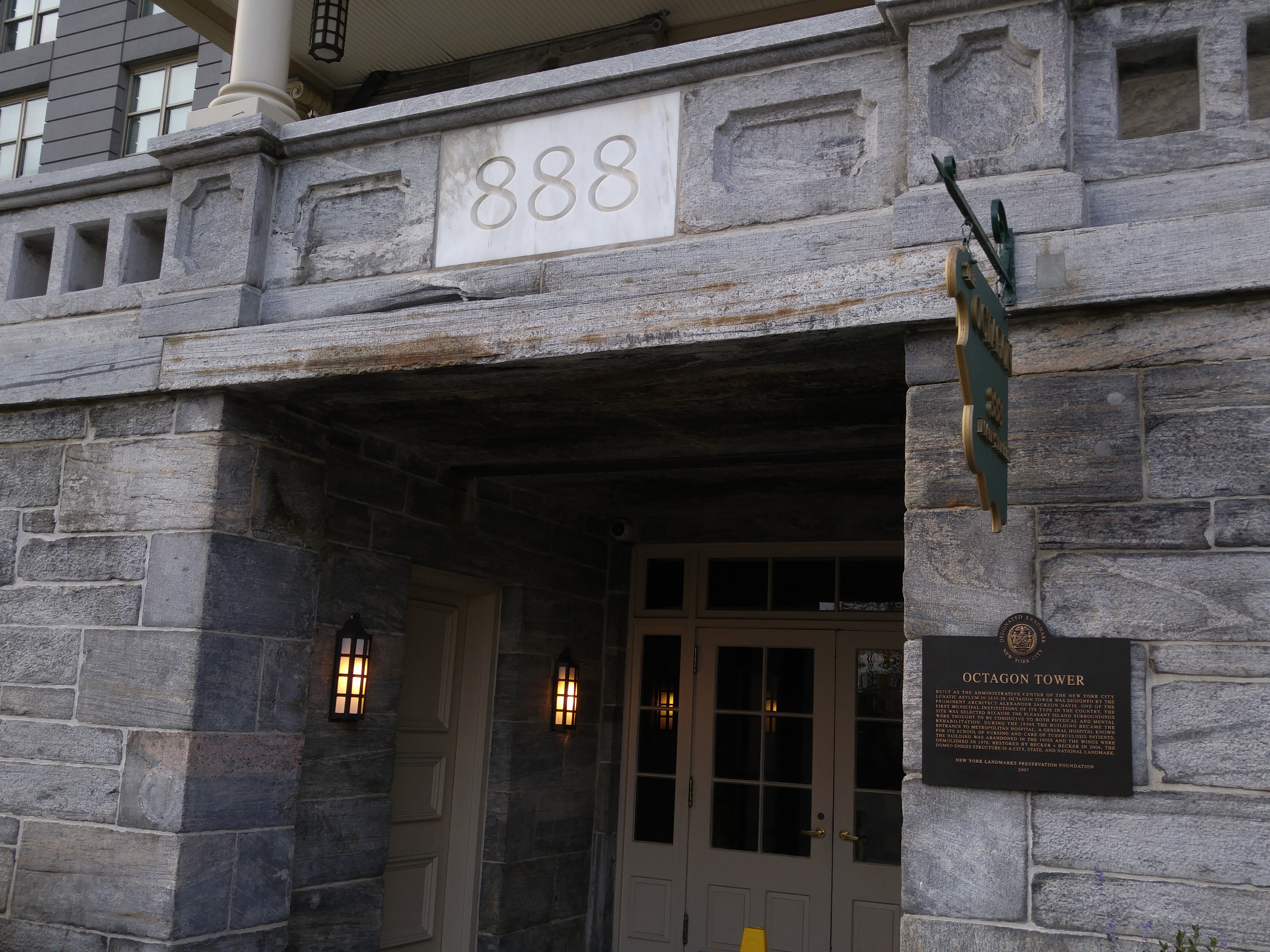 There's a beautiful view of Manhattan ready for you! 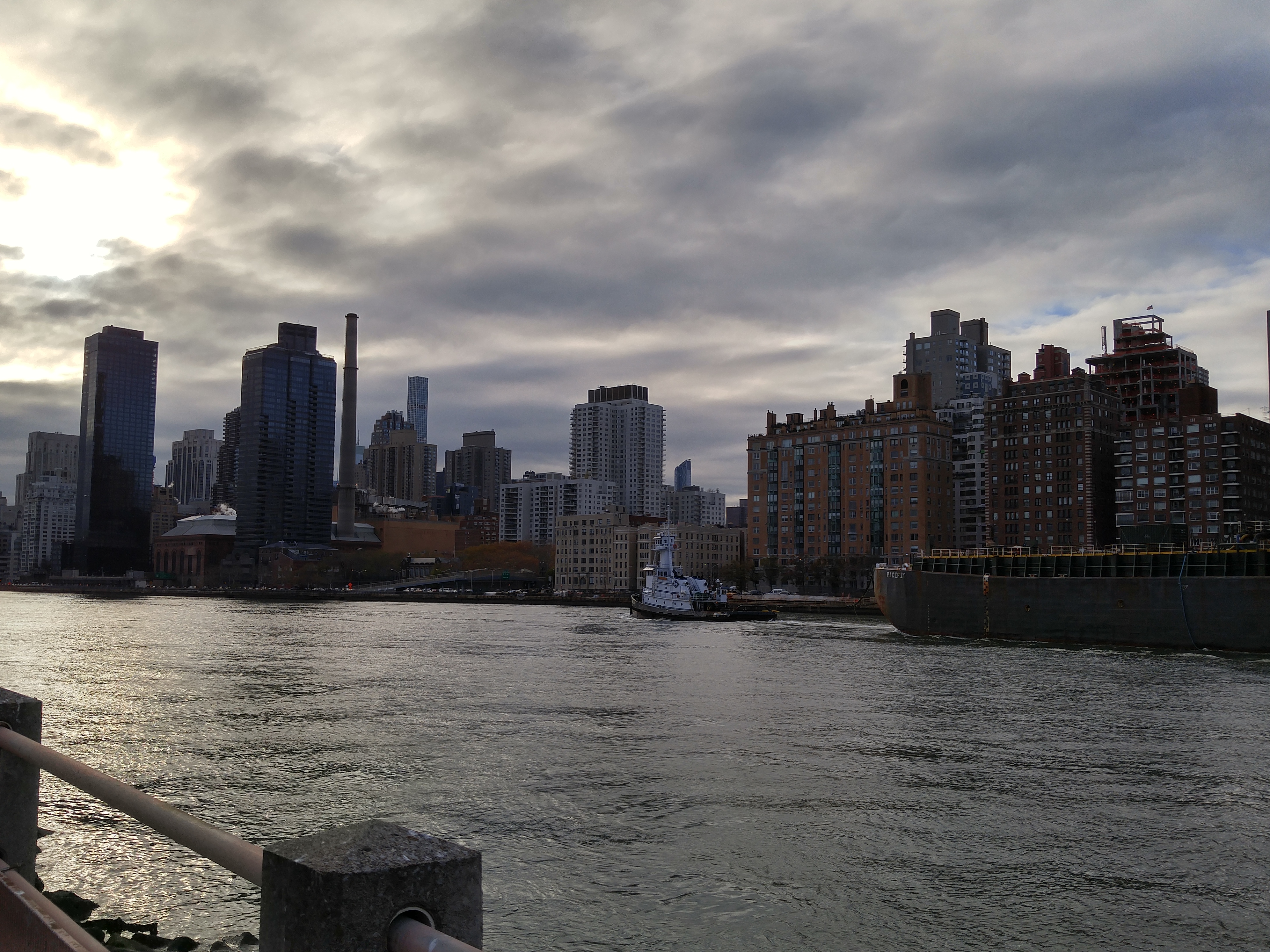 The Makings of a Lunatic Asylum

Blackwell's Island became home to New York's first lunatic asylum and the first urban mental hospital in the country. In 1834, the city approved of the construction of a designated institution for the mental insane after years of poor and inadequate care for the mentally ill. The population of New York City was rapidly growing at the time, making the asylum a necessary construction.

Alexander Jackson Davis designed the asylum to reflect a castle-like, feudal-style appearance. It was designed to be larger to accommodate more patients, but financial constraints only allowed for two wings to be built. The building stood six hundred feet long and four stories high, and was designed to fit 800 patients.  The asylum opened its doors in 1839.

The population of the asylum was a decent 278 in 1840, a year after its opening. Seven years later, however, the population exploded to 1,700 without any improvements to the infrastructure, greatly exceeding its 800-patient limit. Living conditions became terrible with diseases going awry, food supplies running low, and patients being "abandoned to the tender mercies of thieves and prostitutes" as one puts it. Indeed, to reduce costs, convicts from the Blackwell's Island Prison were employed as attendants.

Famous writer Charles Dickens visited the asylum in 1842. He often wrote to expose the abuses that the working class suffered and the horrid conditions of poor houses. Although he described the structure as "handsome," he stated that "everything had a lounging, listless, madhouse air, which was very painful."

Nellie Bly was a young female reporter whose first-hand descriptions behind the doors of the asylum was highly publicized. Assigned by Joseph Pulitzer, she entered the hospital in 1887, pretending to be insane. She wrote:

"What, excepting torture, would produce insanity quicker than this treatment? Here is a class of women sent to be cured. I would like the expert physicians who are condemning me for my action, which has proven their ability, to take a perfectly sane and healthy woman, shut her up and make her sit from 6 a.m. until 8 p.m. on straight-back benches, do not allow her to talk or move during these hours, give her no reading and let her know nothing of the world or its doings, give her bad food and harsh treatment, and see how long it will take to make her insane. Two months would make her a mental and physical wreck."

Bly was later released with the assistance of Pulitzer and wrote a book, Ten Days in a Mad-House. Its publication ultimately contributed to the demise of the asylum in 1894.

Patients of the Blackwell's Island Asylum were consequently moved to new facilities in Ward's Island, Hart's Island, and Central Islip.