A view of the old, warm Quaker Meeting House 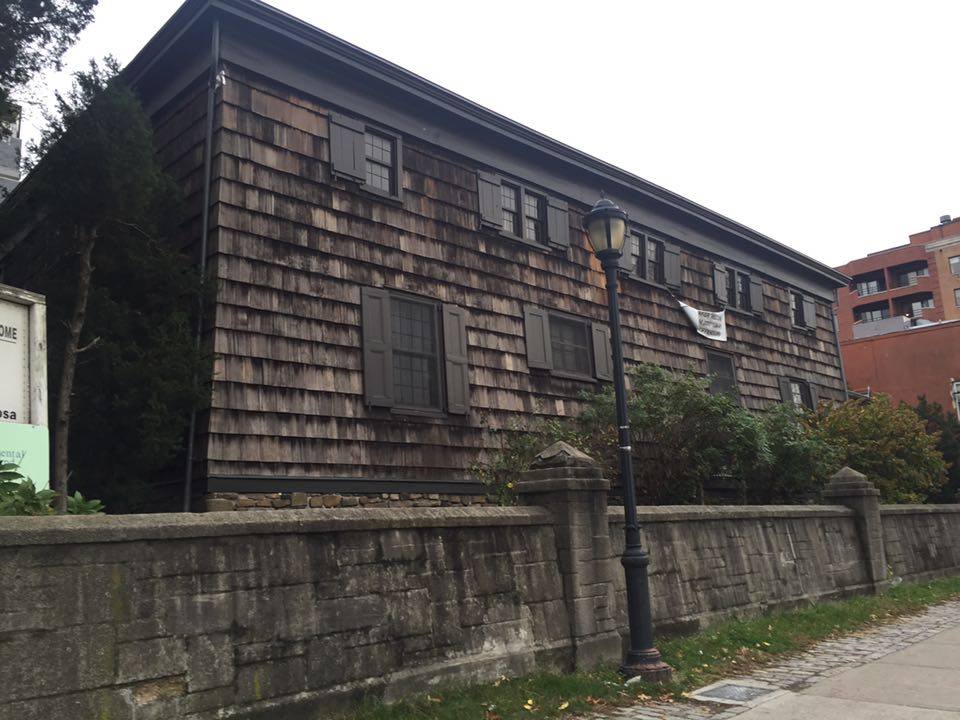 The Old Quaker meeting house located in Flushing is one of the oldest places of worship in the United States. It was built in 1694 by John Bowne and a variety of other religious reformers so that they may practice their religion of Quakerism in the confines of a secure building. Since then, it has been used as the meeting home and place of worship for Quakerism, now called, The Religious Society of Friends. The architecture of the building is quite warm with dark, warm floorboards, simple benches, and hand-hewn timber ceiling beams.

Among the grounds of the house is an old graveyard adorned with flowers and trees indigenous to New York. The graveyard is no longer used for burial, however, there are currently many famous Quakers who have been buried there. Among these famous Quakers include John Bowne and his family as well as the Leggett, Hicks and Wright families. These prominent Long Island families not only pushed for religious freedom but also worked to abolish slavery and restructure equality.

John Bowne, the person most associated with this house, was a known religious revolutionary in the United States. He played a direct role in the Flushing Remonstrance, which was a document signed by the various citizens of Flushing in the 17th Century to combat Peter Stuyvesant’s religious bans. After the signing, many of the signers were arrested, and the townspeople's Government of Flushing was disbanded. John Bowne openly defied the ban and aided the signers, known as Quakers, by allowing them to meet in his house. He later helped with the creation of the meeting house.

The original Quakers emerged from England during the mid-1600s as a response to the religious turmoil coming from the Protestant Reformation. The Quakers emphasized ideas of pacifism, equality, simplicity, and integrity. The Quakers received little support for their new religion, and many were jailed throughout the time period. The missionary efforts of some of the Quakers brought them to America in the hopes of spreading the young religion. Because of this, many became affiliated with Pennsylvania politics and were soon dominating the Penn state government. Quakers also played a large role in the abolition of slavery and were the first group in history to completely abolish the practice. They also were important in World War II where they helped raise funds during the war. Today, the Quakers continue their relief efforts and development plans.