Marine Corps Base Camp Pendleton is the largest training facility on the West Coast. It is about 38 miles from San Diego. Camp Pendleton has been known as the major employer in North San Diego County for over 60 years. The Base offers a variety of specialized schools and training. Camp Pendleton is home to more than 38,000 military family members.

The main gate for Camp Pendleton 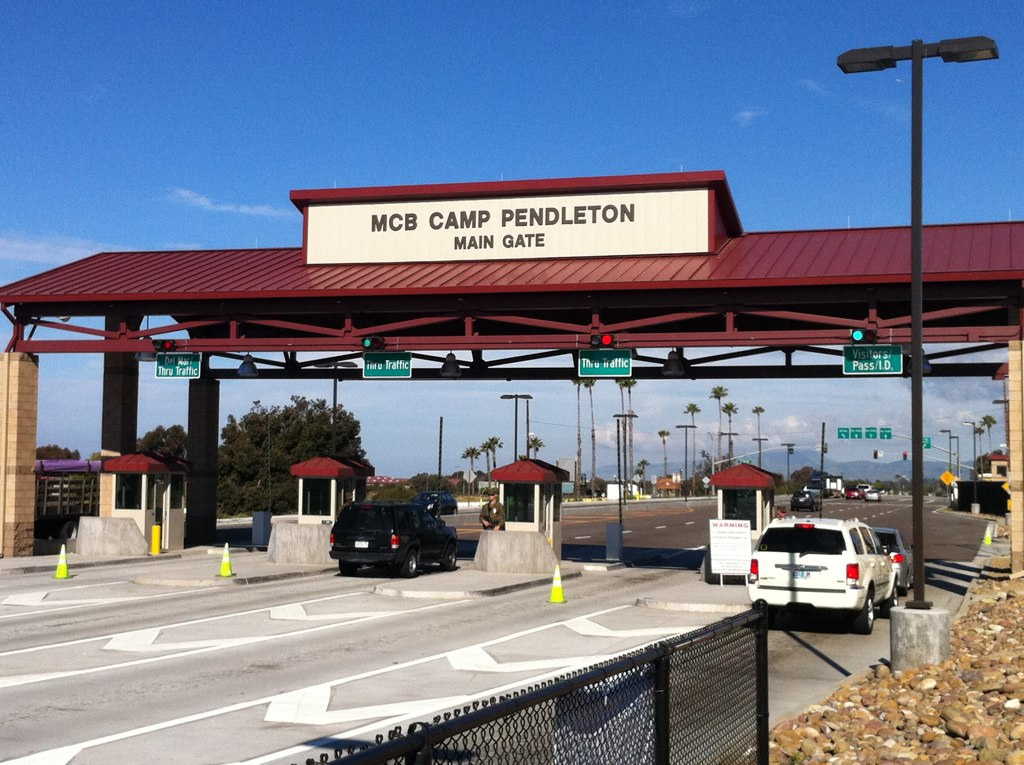 The Naval Hospital at Camp Pendleton 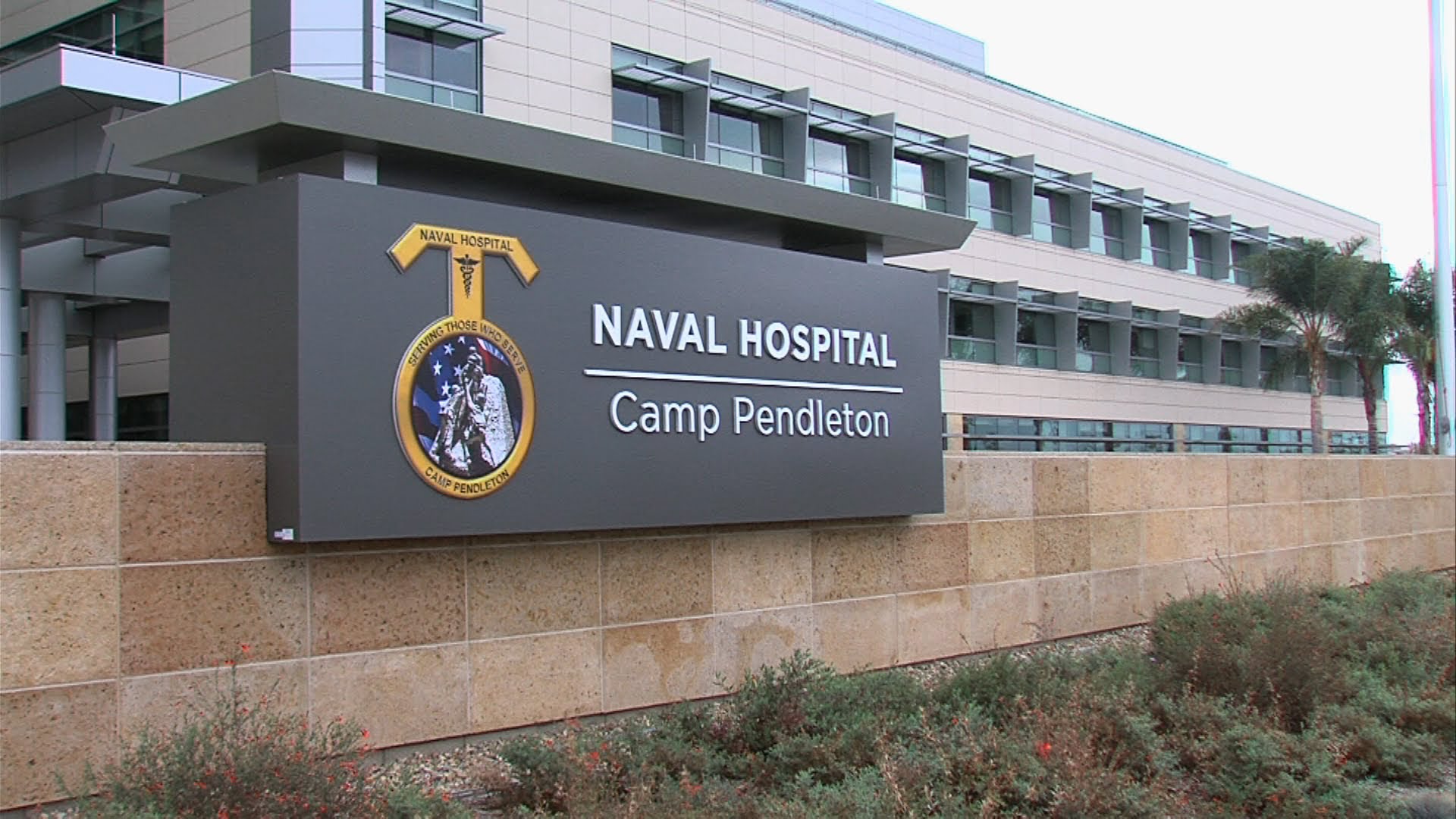 Camp Pendleton Marines collecting Toys for Tots on the beach 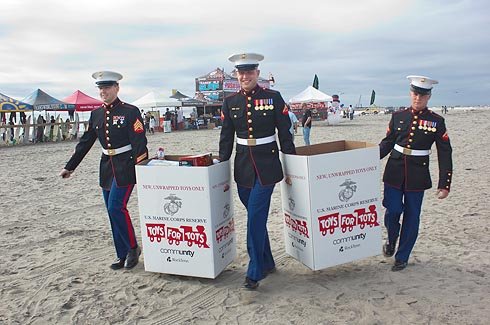 Spanish Captain Gaspar de Portola wanted to reach Monterey Bay, which was a task no European had yet done. On July 20, 1769, Portola’s journey arrived at what is now Camp Pendleton.  That day was the day of the holy St. Margaret, so the land was named Santa Margarita. There were 21 assignments that had been completed during 30 years, the most famous one being the San Luis Rey Mission. This mission had authority over the Santa Margarita area.

Once the Mexicans had freed themselves from Spain, a few members of Portola’s crew had been awarded land grants from the governor. Pio Pico and Andres Pico were the brothers that were the new owners of Rancho Santa Margarita. However, Pio was in debt and his brother-in-law, John Forster, paid it off. Unfortunately, Forster was required to auction off the land due to a drought. A rich cattleman by the name of James Flood bought the land and it was managed by his loyal friend, Richard O’Neill.

It took five months to transform the Rancho Santa Margarita y Las Flores into the West Coast’s biggest military camp. The Base was named after Major General Joseph H. Pendleton. By 1943, the first women Marine reservists showed up to make sure the Base was running efficiently. It was official in October of 1944 when it was announced that it was finally a “permanent installation.” It was home of the 1st Marine Divison. Camp Pendleton has continued to grow over the years