The Tweed Courthouse, also known as the Old New York County Courthouse, was built between 1861 and 1881 by John Kellum and Leopold Eidlitz. An amalgam of two architects' work, the building contains elements of both neo-classical and neo-Romanesque architecture. It was not only a notable work of art; the Tweed Courthouse was associated with one of New York's greatest political scandals in the 1870s. It was designated as a New York City Landmark in 1984 and a National Historic Landmark on May 11, 1976. The building currently serves as the headquarters of the New York City Department of Education and as an educational center.

The front view of the Tweed Courthouse building. 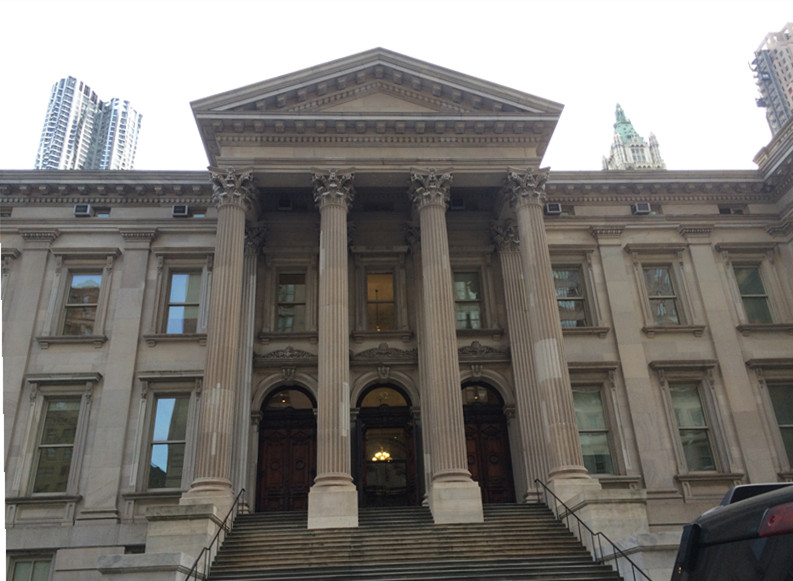 A close view of the building. 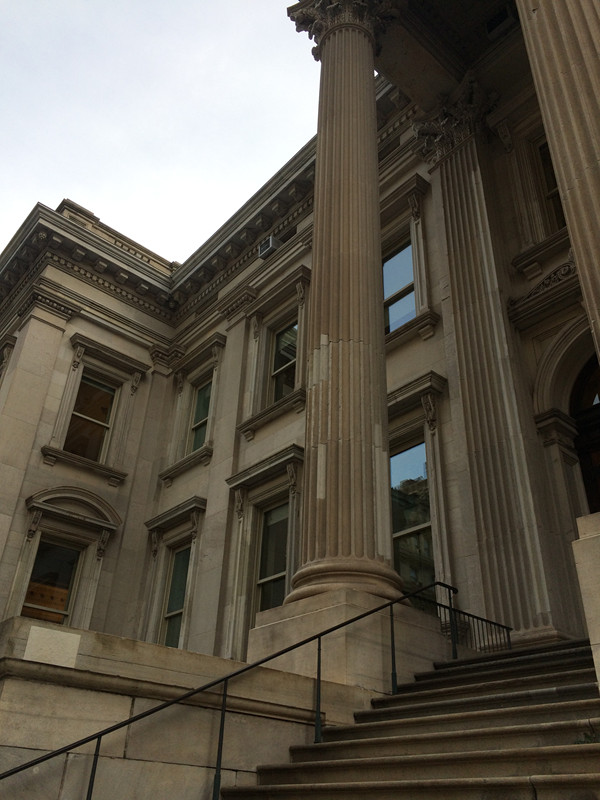 Stone indicating the construction of the New York County Courthouse, also known as the Tweed Courthouse. 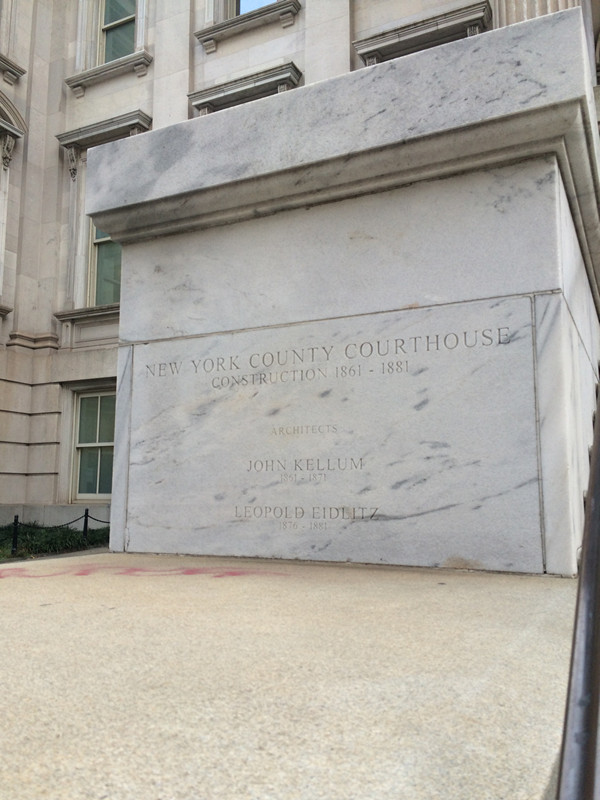 Stone indicating the restoration of the Tweed Courthouse. 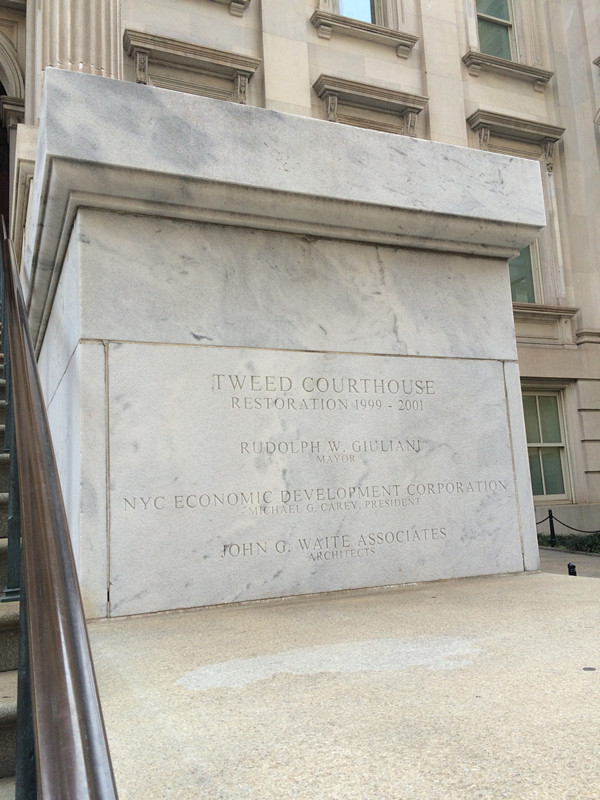 William M. Tweed, widely known as "Boss" Tweed, was a very influential Democratic politician in the 19th century. Tweed was elected to the United States House of Representatives and served in office from 1852 to 1855. He was the head of the Tammany Hall political machine and ushered unprecedented political corruptness into the history of the organization.

Tweed used the construction project of Tweed Courthouse, a government building, to embezzle large amounts of money from the budget. For example, a carpenter was paid more than three hundred thousand dollars for a month's work.[link 3] The numerous city building projects Tweed issued were also a strategy for him to gain votes from the workers that benefited from the job opportunities. Ironically, Tweed himself was tried and convicted in this courthouse and sentenced to 12 years in prison. After his scandals were exposed, Tweed fled the country and was bailed out many times, but ultimately came to his demise in Ludlow Street Jail.

Despite its tainted background, the building itself was nonetheless full of architectural wonders. John Kellum, a self-taught architect whose famous works include the Cary Building, also on Chambers Street, and the Alexander T. Stewart mansion on 5th Avenue, won the commission to design and build the courthouse in December 1861 and continued to work on it until he died in 1871. The original design of the Tweed Courthouse was neo-classical, a popular architectural style in the United States during the 19th century. German architect Leopold Eidlitz, who also worked on the New York State Capitol building, continued to build the building after Kellum's death. He added neo-Romanesque elements such as bricks and stones in vibrant colors. The Old New York County Courthouse was finally completed in 1881. The New York County Supreme Court used the building until 1929, and the City Court used it until 1961. In 1999, the building went through extensive renovation, including the restoration of the glass skylight in the main hall after its removal during World War II, and the restoration of the main staircase after its truncation in 1942 to widen Chambers Street. Today, the Tweed Courthouse remains an important historical site that allows its visitors to glimpse a bit of the past of New York City.