This historic inn was built in 1844 by Joseph Goodrich and is historically significant for its unique architecture and its connection to the Underground Railroad as former slaves seeking safety in Canada were sheltered here.

The Milton House is part of the National Underground Railroad Network to Freedom. 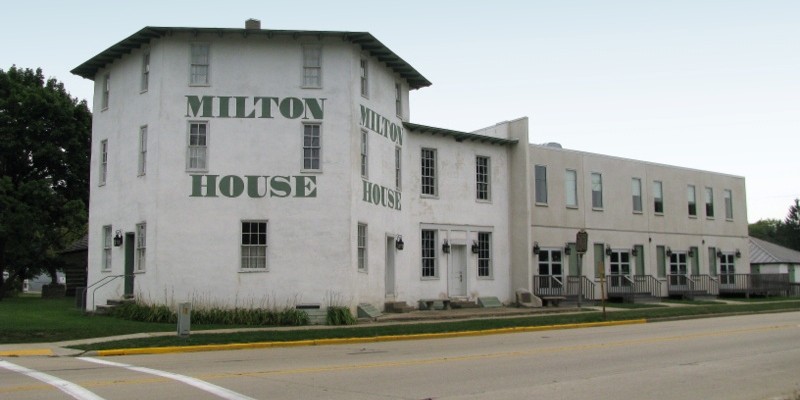 Constructed in 1844 by Joseph Goodrich, this historic inn was located near a busy stagecoach line and provided accommodations for travelers in addition to serving as a place of refuge for runaway slaves. Joseph Goodrich was known for his anti-slavery views and was a dedicated abolitionist

The location is also known for its unique architecture with its hexagonal shape and use of grout in the construction of the building. In 1937, the building faced threats of demolition and was acquired by the Milton Historical Society. In 1996, the building was in poor condition until it was renovated and restored to its 1885 appearance.