This historic marker located in the square of Jacksonville honors the 10th Alabama Infantry Regiment. The regiment enrolled 1,429 soldiers, approximately three hundred were killed in battle while another 180 were lost to disease. The regiment was organized at Montgomery by Colonel John Forney, Lt. Colonel James Martin, and Major John Woodward. 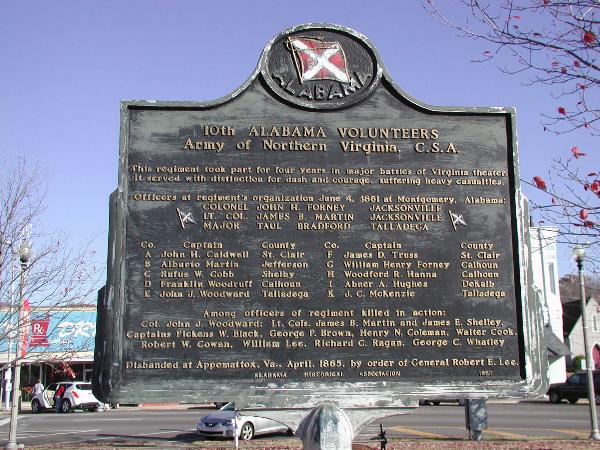 Click the link below to learn more about this book from the University Alabama Press. 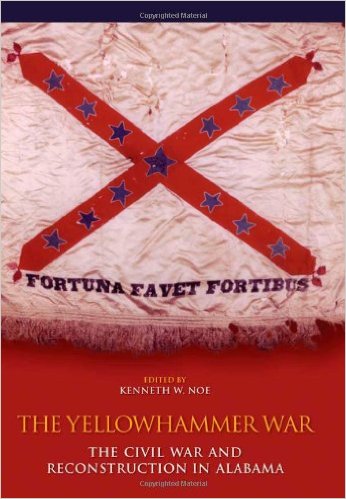 The 10th Alabama Infantry took part in over a dozen battle throughout the Civil War, including Gettysburg and Antietam. During the Battle of Antietam, the regiment lost over fifty percent of the 200 men who saw action. In the Battle of Gettysburg, the regiment they lost 15 men. In addition, 89 of the 450 who participated in the battle were wounded.

After the Battle of Gettysburg, the regiment saw action in four more battles and lost over 100 men. In 1865 the infantry suffered over a dozen casualties. Between April 1 and April 9, 1865 the 10th Alabama lost 30 casualties in the Retreat to Appomattox and finally on April 9, the 10th Alabama Infantry surrendered 10 officers and 70 men.